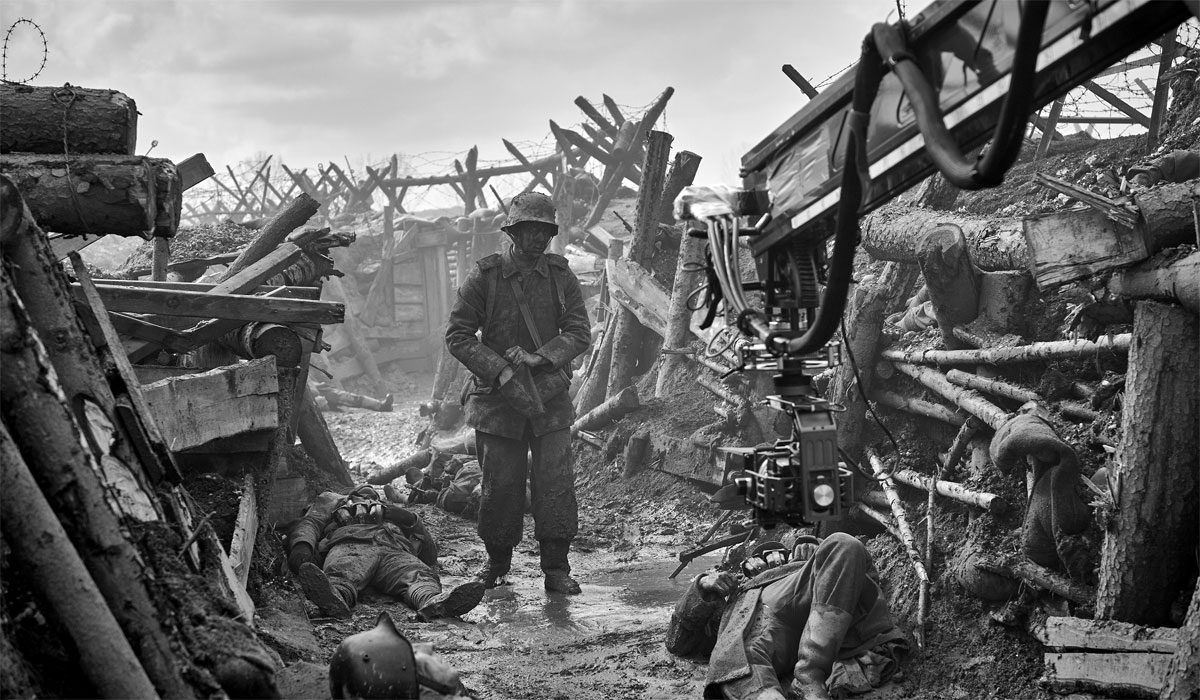 Netflix has a very interesting project in development, in the form of the World War I drama, ‘All Quiet On The Western Front’. The Netflix film is an adaptation of the 1928 classic, written by Erich Maria Remarque. It is an evocative account of the terror and trauma wrought on the psyche of young soldiers by war. The story is told from the perspective of a young German soldier who is positioned on the Western Front, and the extreme physical and mental stress he and his fellow soldiers endure during the war. It is the quintessential anti-war novel, which made waves when it was first published, and is much-loved even now.

The latest update coming in about the Netflix film is that shoot is currently taking place in the Czech Republic, and will continue there till the end of May. The film has also expanded its cast. The initial cast members of Daniel Brühl, Devid Striesow and Andreas Döhler have been joined by Felix Kammerer, Albrecht Schuch, Aaron Hilmer, Moritz Klaus and Edin Hasanovic.

Netflix’s ‘All Quiet On The Western Front’ is predominantly in the German language. It is directed by Edward Berger of Patrick Melrose fame, produced by Malte Grunert of Amusement Park, and written by ex-Washington Post journalist Ian Stokell, and actor-producer Lesley Paterson. It is one of Netflix’s most ambitious and biggest-budget films from Germany.

Erich Maria Remarque’s book was first adapted for the big screen by Lewis Milestone in 1929. It went on to win the Academy Awards for Best Picture and Best Director in 1930. However, the book itself and the film were banned in Nazi Germany for their anti-war rhetoric, with copies of the novel burnt in public.

‘All Quiet On The Western Front’ will premiere on Netflix in 2022.