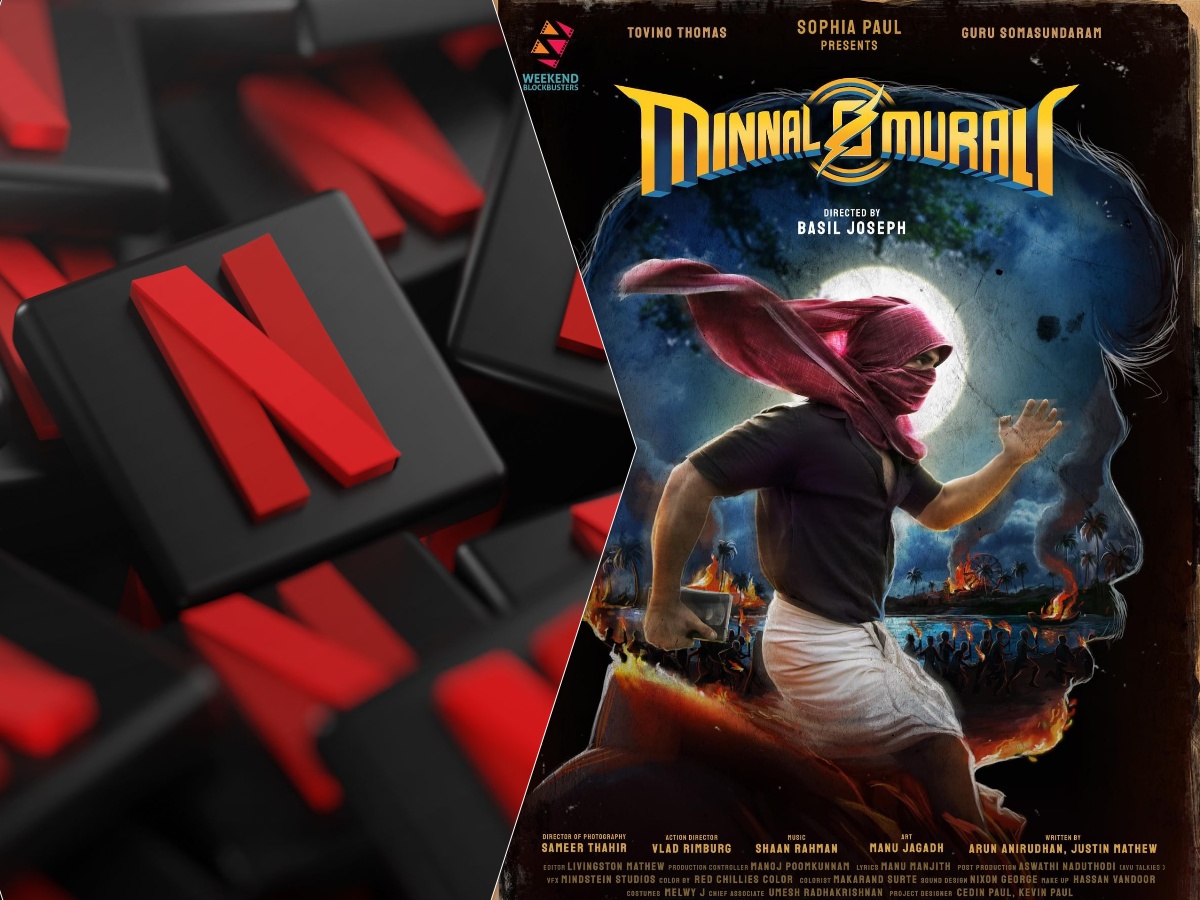 Many of you may already know this, Netflix has acquired the streaming rights for Mollywood’s first ever Superhero film, Minnal Murali, and it will premiere on the aforementioned streaming platform on Christmas eve. This streaming announcement was made almost a month ago, so it is old news now. But this Netflix acquired Malayalam acquisition has already broken an OTT record for Mollywood films, which was previously held by the Amazon Prime released hit crime drama, ‘Malik’. Netflix acquired the streaming rights of ‘Minnal Murali’ for Rs. 37 crores, making it the most expensive Malayalam streaming rights to be bought by a streaming company till date.

Back in July 2021, the producers of ‘Minnal Murali’ were planning to sell the digital streaming rights of the film to Netflix, which would stream on the OTT platform after the film ran in theatres for 45 days. But after the second wave of the coronavirus continued strongly into August within Kerala and the waiting period only continued to incur losses – the film producers decided to opt for a direct-to-OTT model. The streaming platform confirmed this weeks later, in September 2021. Netflix had to fork out a massive amount to buy the streaming rights, but, as mentioned earlier, they succeeded in doing so.

‘Minnal Murali’ will follow a young tailor from a fictional village, who unexpectedly gains superpowers after he gets struck by lightning. While he is gathering his bearings, he ends up facing an unexpected foe – and he decides to become the hero his village needs.

Minnal Murali will premiere on Netflix on December 24th 2021. Check out the teaser for this upcoming film below:

https://www.youtube.com/watch?v=IUt01u26WOMFollow us on Google News