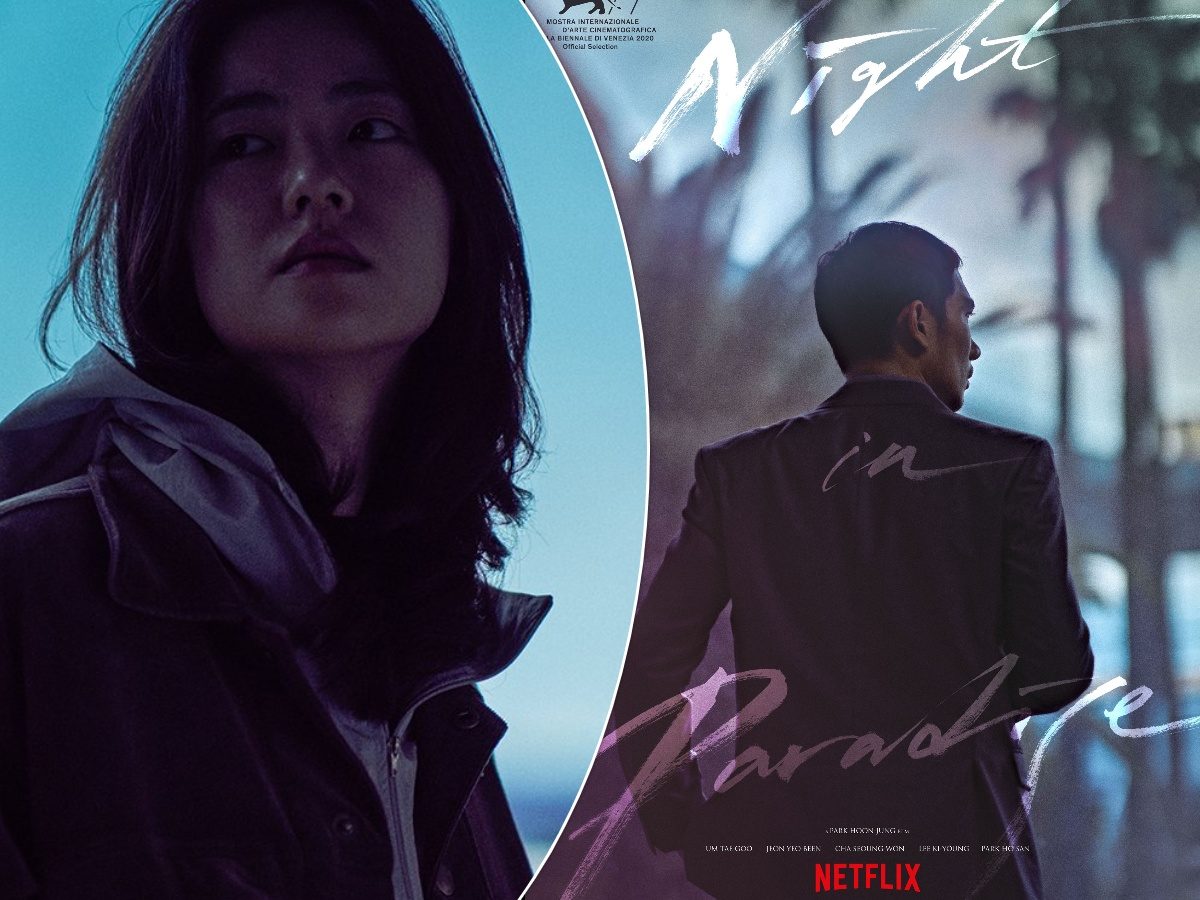 People have a different expectation when someone mentions a Korean movie or drama. Most of them expect it to be super cute stuff, with love stories straight out of fairy tales which is true though, won’t lie. But again, there are movies and dramas that have left a long lasting impression in the genres other than romance. Now, Netflix is bringing forward another such movie.

“Night in Paradise” to be released on the 9th of April shows the journey of a gangster, who drops all his ties with his only to realise that it wasn’t the end for all the violence in his life. As he decides to opt out from his gang , Tae-goo (Uhm Tae-goo) comes to know that his sister and her child were murdered by the very people he once called brothers.

A known mobster, Tae-goo is now on the run and finds himself in Korea’s very own paradise, the Jeju Islands. As he tries to deal with the ones that are on their way to kill him, he comes across Jae-yeon (Jeon Yeo-bin), a girl who is fighting her own demons. She is someone who lives on the island and the place is a whole different kind of paradise for her. Jae yoon, who is terminally ill and is living with her uncle doesn’t let death scare her. She has trained herself in shooting and is known to be exceptional in it, she reveals that she could only be good because she had a target in mind.

The trailer of the movie puts out in big letters “Experience the other side of Paradise”, which eventually could mean how the island which is paradise to so many has many dark and gory fights within it. While Tae-goo and Jae-yeon find each other, there’s someone who doesn’t want them alive and wants them nothing but dead.

With the gloomy setting in place, guns and bloods doing its thing and the desire for revenge makes this movie all kinds of dark and filled with drama. Also, the heaviness in the trailer itself, is something one should look out for. The movie was released last year in the 77th Venice Film Festival. It was meant to be released in theatres but the ongoing pandemic made the movie take the digital release route. The movie is directed and written by Park Hoon jung.