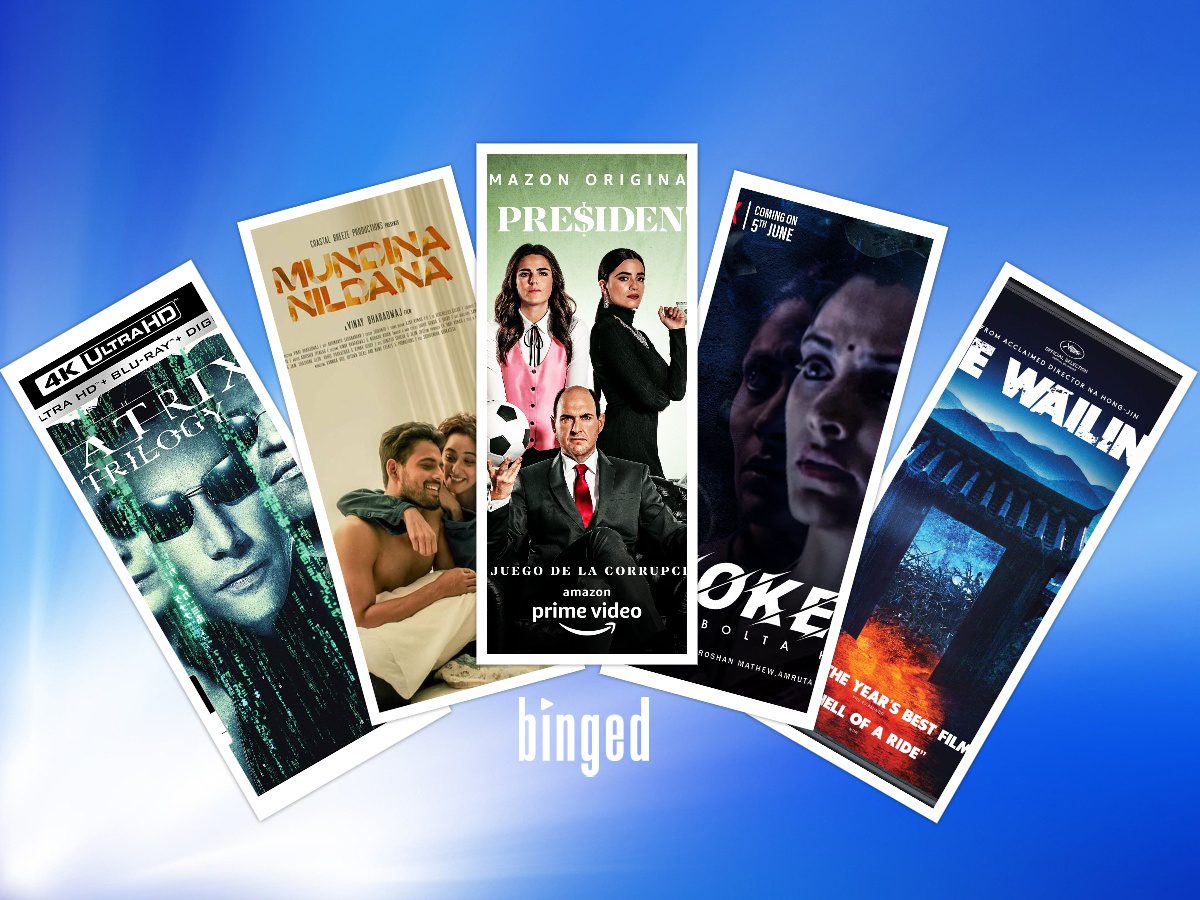 The weekend is here, and we at Binged are ready with our weekend recommendation list. Alright, after a little lull over the past few weekends, we have a big one now. Check them out below.

For the fans of Football, El Presidente is the perfect outing. It takes a look at the FIFA scandal in a satirical way. The Amazon Original limited series is presented in a docu-drama style which gives it an additional zing.

The Wailing is a chilling Korean horror-thriller. It is a must-watch for its mixture of thrilling elements and scares in equal measures. Then there is Portrait Of A Lady On Fire that brings out drama and emotions in the purest form. The historical offers a lot to chew concerning the performances and story.

If you want to settle for local content, there is the Kannada coming of age drama, Mundina Nildana. The superb casting, cinematography and music alone make it a worth watch.

Netflix has been the most low-key in the past couple of week. Things are back to normal now with a wide variety of content on offer.

Spelling The Dream is an inspiring documentary that showcases the extraordinary performances of Indian Americans at Spelling Bee championship. It is a rare family viewing content that could provide a lot of inspiration to the young kids at home.

The fans of Matrix, rejoice, the entire trilogy is now available on Netflix. It is must watch for those who haven’t given it a shot, yet. We are talking about the younger generation here. Others can watch the best parts and be blown away all over again, or read a new theory related to the trilogy saga, watch it and get blown away, anyways.

The conclusion series of 13 Reasons Why (Season 4) is out. If you are a fan of the show, give it a try. Others, who haven’t seen it, start from the first, especially the ‘first’.

From Bollywood, the new film of Anurag Kashyap, Choked: Paisa Bolta Hai is out. It is Anurag Kashyap at his most restrained and exploring the impact of demonetization.

Jojo Rabbit on Disney Plus Hotstar is an anti-war satirical drama involving kids and a family. We have Chintu Ka Birthday on Zee5 which operates in the same space but is a heart-warming drama.