Home News Trailer Talk – out of Love – Gripping Drama with Infidelity as... 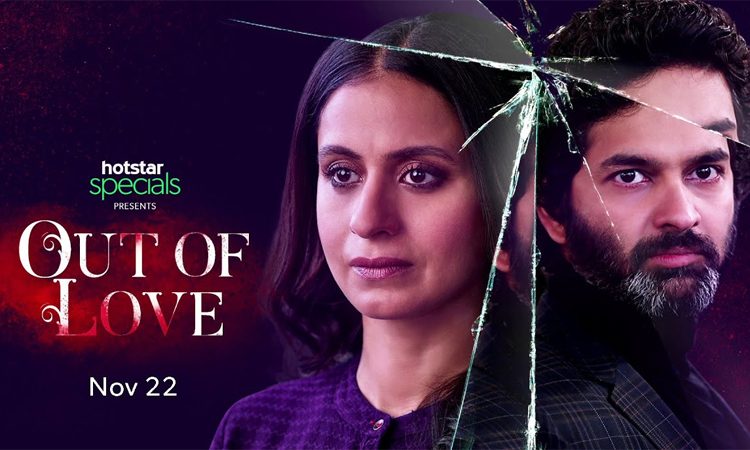 Hotstar Specials has just released the first look of its latest show – Out of Love, and judging from the 1:25-minute trailer, it is quite apparent that viewers are in for a treat upon the show’s release.

The web series stars Rasika Dugal as Dr. Meera Kapoor and Purab Kohli as her husband Akarsh Kapoor. The narrative deals with infidelity in marriage, and how a wife, when faced with the unfaithfulness of her husband, comes to terms with it – does she Forgive, Forget or Fight?

Rasika Dugal plays the woman apparently wronged by her philandering husband, played by Purab Kohli. But is it just a simple marital drama, or is there more beneath the surface?

The trailer, though not conveying clearly what will be the next step taken by Rasika Dugal’s character on discovering that her husband is cheating her behind her back, does give ample hints that the narrative will take a turn towards the edgy and the psychological.

Will Dr Meera extract a painful revenge from her husband, as a friend goads her to do, or will she take Akarsh’s infidelity as a stray indiscretion and forgive him, as another friend suggests she should?

We suspect it will be the former, thus lending a unique psychological aspect to the entire drama. The trailer definitely veers towards this story arc, what with multiple scenes depicting a stark change in Meera’s behaviour and a wary, fearful look on Akarsh’s face.

And this is what lends the series an air of suspense brimming with intrigue, as it explores the repercussions of the complex realities of the couple’s marriage.

Out of Love is an official adaptation of the award-winning BBC series, Doctor Foster. It has been produced by BBC Studios and directed by Tigmanshu Dhulia and Aijaz Khan.

The show is slated to stream on Hotstar VIP from November 22.

Check out the trailer here