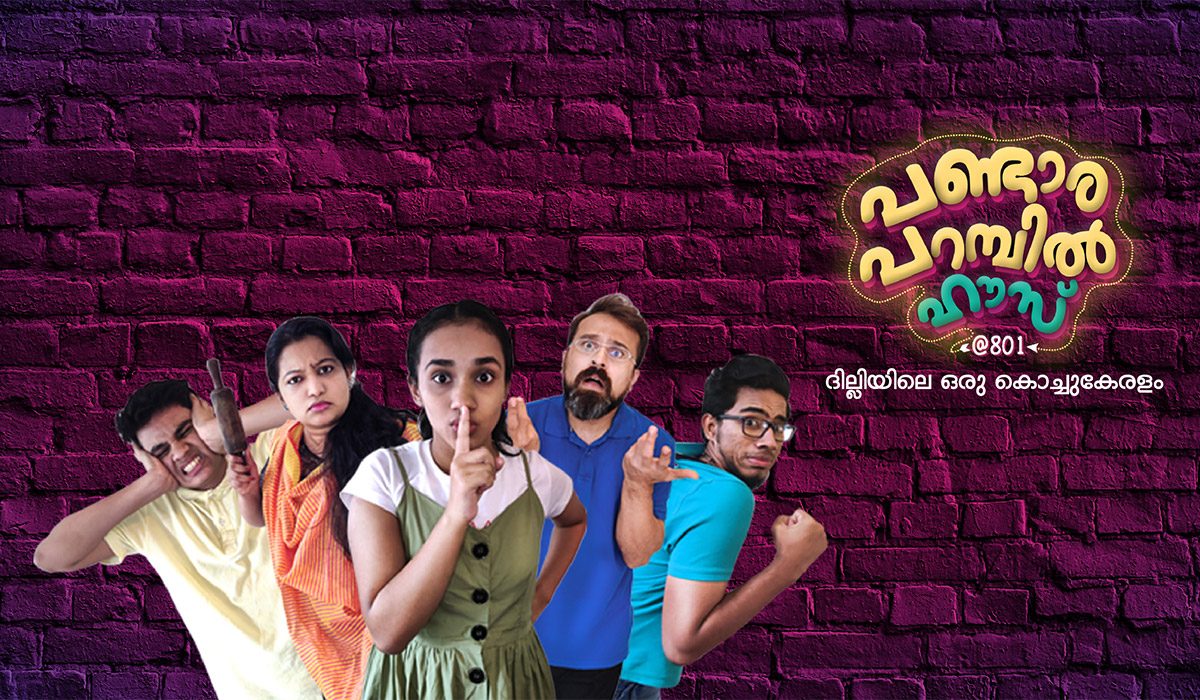 There is a little known comedy web series called Pandaraparambil House at 801 currently streaming on the Malyalam content exclusive OTT platform ManoramaMax. The eight episode sitcom was scripted and directed by actor- scriptwriter- YouTuber, Archana Kavi. In fact, this is Archana’s first time directing a mainstream series of any kind.

Pandaraparambil House at 801 follows a Keralite family who has settled in Delhi. PP Joseph – the patriarch of the family is a bank manager in South Indian Bank, while his wife Mariamma Joseph works as a nurse. They have two children studying in school – Justin who is 14 and Sini who is 12. The series takes us through the life of this Malayali family as they navigate through their (mis)adventures, while adapting to the Delhi environment.

Archana Kavi wanted to create a funny/ goofy show as part of her directorial debut. She also chose a subject matter she was intimately familiar with and wanted to create a show that resonated with Malayalis (or anybody, really) who are currently living outside of Kerala (or their native region). Especially during the times of Covid-19, the YouTuber was looking for some light-hearted comedy for viewers to sink into, and that was how Pandaraparambil House at 801 was born.

Archana has previously written two YouTube series, Toofan Mail and Meenaviyal, which were beloved by audience members. Toofan Mail was more like a vlog while Meenaviyal was about two siblings. She wrote and acted in the web series. However, after she finished writing Pandaraparambi House at 801, she knew that she had to direct it since the story came from her childhood. She doubted that anyone could do justice to the material like she would.

Even though she struggled with post production during lockdown, she still somehow managed to pull it off and release the series at the turn of the year. She reached out to her old school, St Xaviers, Delhi to rope in students for Pandaraparambil House at 801. Archana hopes to return to writing this year after the positive feedback she has received for Pandaraparambil House at 801.

Check out Pandaraparambil House at 801 on Malayalam OTT platform ManoramaMax.