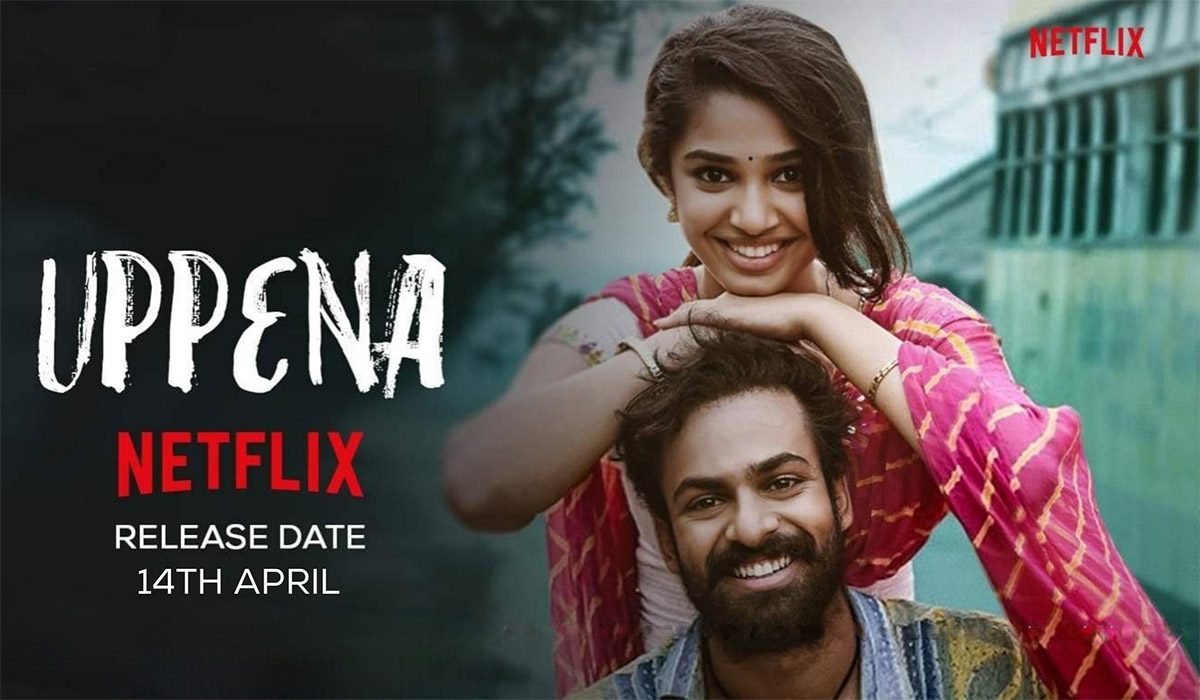 Tollywood Hero Panja Vaishnav Tej’s debut film, Uppena is one of the biggest hits of Tollywood in 2021 so far. The movie has become the biggest ever opening for a newcomer after it has amassed more than 50 Crore Share in its full run at the box office. Netflix bagged the post-release digital rights of the film. It is now official that Netflix is going to stream the film from April 14th at 12 AM.

For obvious reasons, Uppena is the most-awaited film in the Telugu OTT space.  Uppena stars Panja Vaishnav Tej, Krithi Shetty and is directed by Buchibabu Sana. Vaishnav Tej already completed the shooting of his second film. His third film will also go on floors later this month. The film’s heroine Krithi Shetty is also one of the busiest heroines shooting for multiple projects already.

This is also the first time Netflix screening a hyped Telugu Project. So, the OTT Major will be betting big time on this film to increase its Telugu subscriber base. Following the film, Netflix will also be screening Nagarjuna’s Wild Dog very soon. Wild Dog releases in theaters on April 2nd. So, this is going to be an interesting summer for Netflix with respect to Telugu.