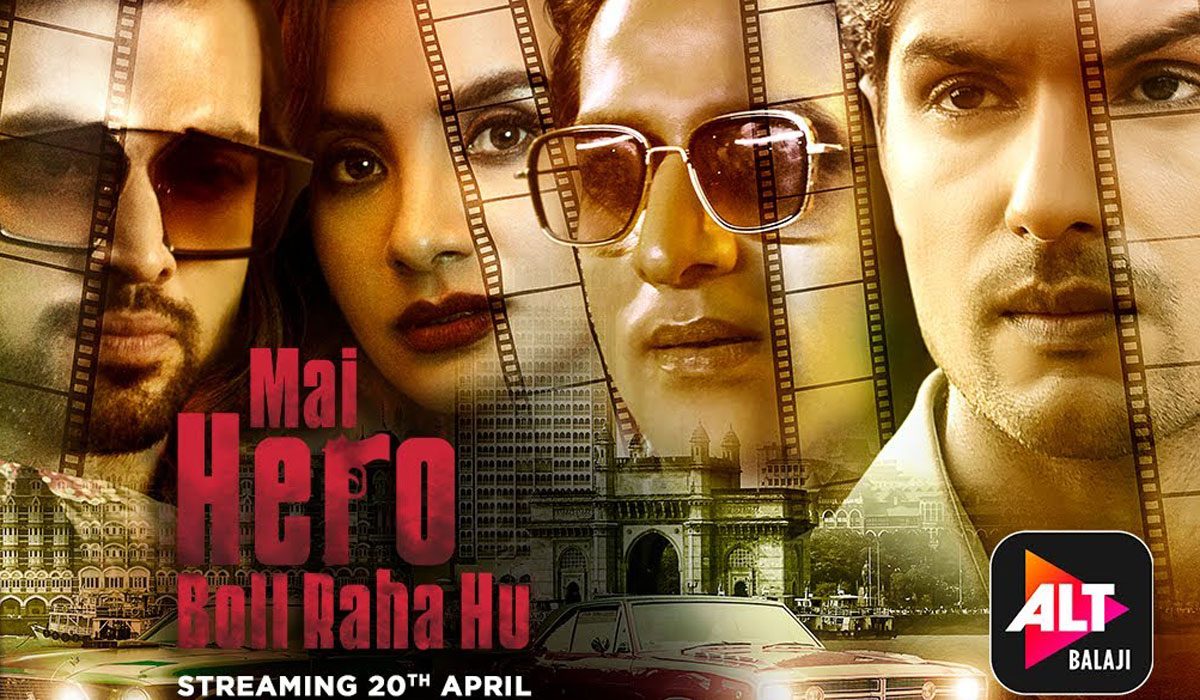 The trailer for Parth Samthaan’s much awaited “Main Hero Boll Raha Hu” is finally here and by the looks of it, the show looks mind blowing. The crime drama web-series is set to arrive on the 20th of April, 2021 on Zee5. The show that is set in the 80s and 90s era Mumbai has got the entire vibe going on throughout. Mixed that with underworld, dons, guns and bits and pieces of Bollywood, you have the perfectly combined drama ready for you to watch.

Starring Parth Samthaan as “Hero” aka Nawab, the series will follow his journey as he grows in Mumbai under the powerful gangster “Lala”. As the world around him grows up, so does his powers in the underworld. From being a nobody to being the main man behind everything, Hero makes his way. As he manages to impress Lala, he ends up impressing the bigger bosses too which ends up making him the most dreaded gangster in Bombay.

Things change when his eyes meet Laila’s, the upcoming Bollywood sensation. As glamour starts mixing with guns, so does his feelings for Laila. This goes on to the extent that he is ready to sacrifice everything just for the sake of keeping Laila with him.

Packed with powerful actions and impactful dialogues, the series also stars Patralekha, Arslan Goni in prominent roles. The series is directed by Siddhanth Luther and produced by Ekta Kappor and Samar Khan. It is believed that the role played by Parth Samthaan is in fact inspired by the life of Abu Salem.

The series comes as quite a change for Parth Samthaan as he is known in the TV industry as the chocolate boy. With dashing looks and star of many college love stories Parth Samthaan was able to create his own niche. He became an even bigger household name when he starred in the iconic role of Anurag Basu in “Kasautii Zindagii Kay”, which was the remake of the legendary TV soap of the same name.