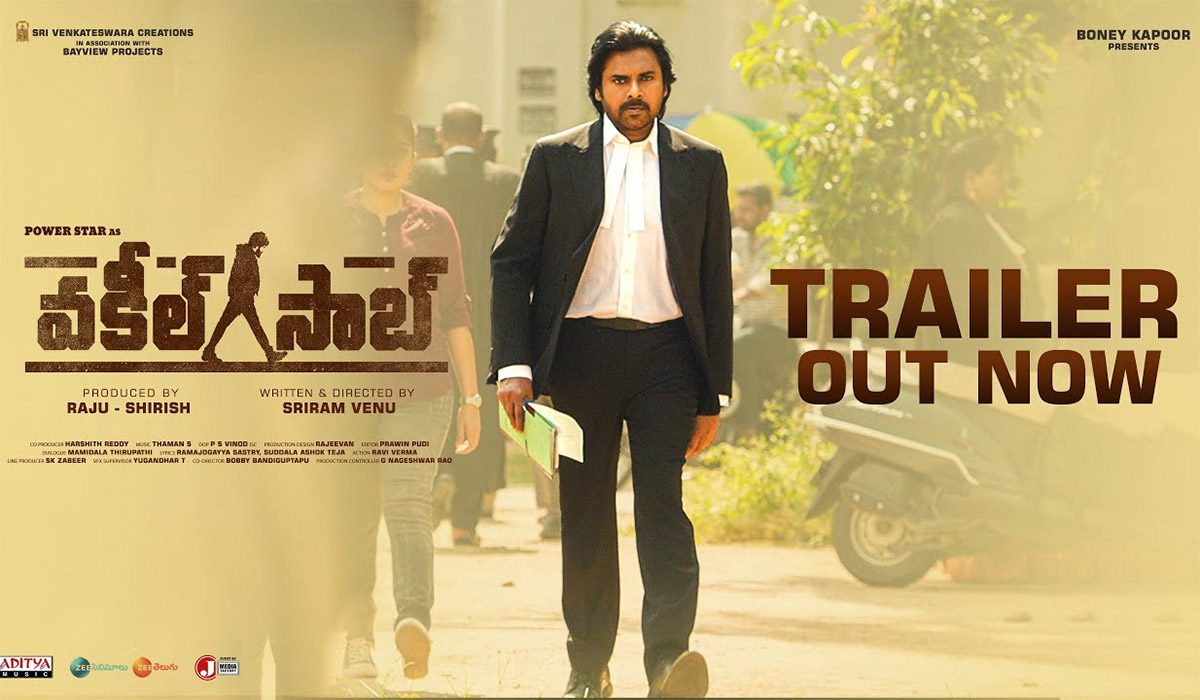 Vakeel Saab is one of the most anticipated movies in recent times and has set social media ablaze with its buzz. Vakeel Saab is the official remake of the Hindi film ‘Pink’ which had some power-packed performers like Amitabh Bachchan, Tapsee Pannu, Kirti Kulhari essaying pivotal roles in the film.

Vakeel Saab has an ensemble cast of talented performers that include Prakash Raj, Shruti Hassan, Nivetha Thomas, Anjali, Ananya Nagalla, and power star Pawan Kalyan. Vakeel Saan is written and directed by Sriram Venu and produced by Raju and Shirish under the Sri Venkateswara creations and Bay View project. The film is co-produced by Harshith Reddy and presented by Boney Kapoor.

While Vakeel Saab may be a remake of the film ‘Pink’ there are certainly some aspects that can be differentiated in this courtroom drama as Pawan Kalyan is a much more energetic and youthful presence as compared to Amitabh Amitabh Bachchan’s timeless elegance.

Vakeel Saab (inspired from ‘Pink’) is a unique courtroom drama that sheds light on society and their inner biases towards a specific gender. It also asks tough questions about our taboo and ignorance regarding the concept of intimacy and harassment especially when there are some powerful people involved in the case. The story is based on a group of girls who file a harassment case. They are then tried and tested in court as filthy accusations are thrown on them as they strive to clear their name and lead a normal life free from the shackles of patriarchy.

Vakeel Saab is slated to release in theatres on 9th April.