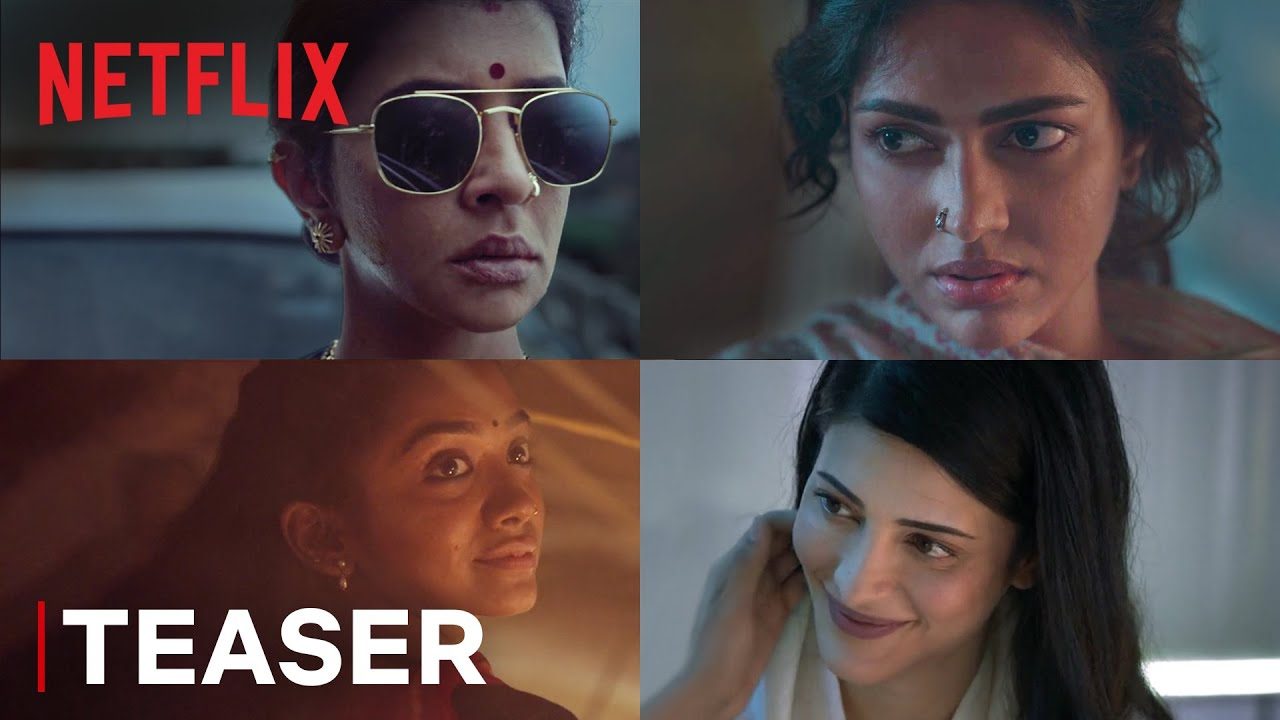 Leading OTT major, Netflix has unveiled its first Telugu Original. It is the Telugu adaptation of its popular original, the Lust Stories. Four highly talented directors, Tharun Bhascker, Nandini Reddy, Nag Ashwin and Sankalp Reddy have directed one story each in the anthology, which contains the stories of four bold women. The leading ladies of the four short films are Eesha Rebba, Lakshmi Manchu, Amala Paul and Shruti Haasan.

The teaser, which is of around 40 seconds duration, is all about the stories of desire and lust from the four women’s points of view. The teaser contains several steamy scenes which may be a first in Telugu OTT. The teaser is too short to drop any hint about the stories and how the anthology will be. But one can say that Netflix has packaged it well, with known faces in the acting and direction department. It is also a novel theme for Telugu OTT. Eroticism has been mostly a separate segment confined to an unspoken section even in Telugu films. Pitta Kathalu is an attempt to make it mainstream with the help of known faces.

Netflix is hoping to increase its subscriber base in Telugu with this anthology. Until now, the OTT major has focused only on catering to takers of its international or Hindi content. There have been half-hearted attempts to woo the regional audience down South, with several Tamil originals.