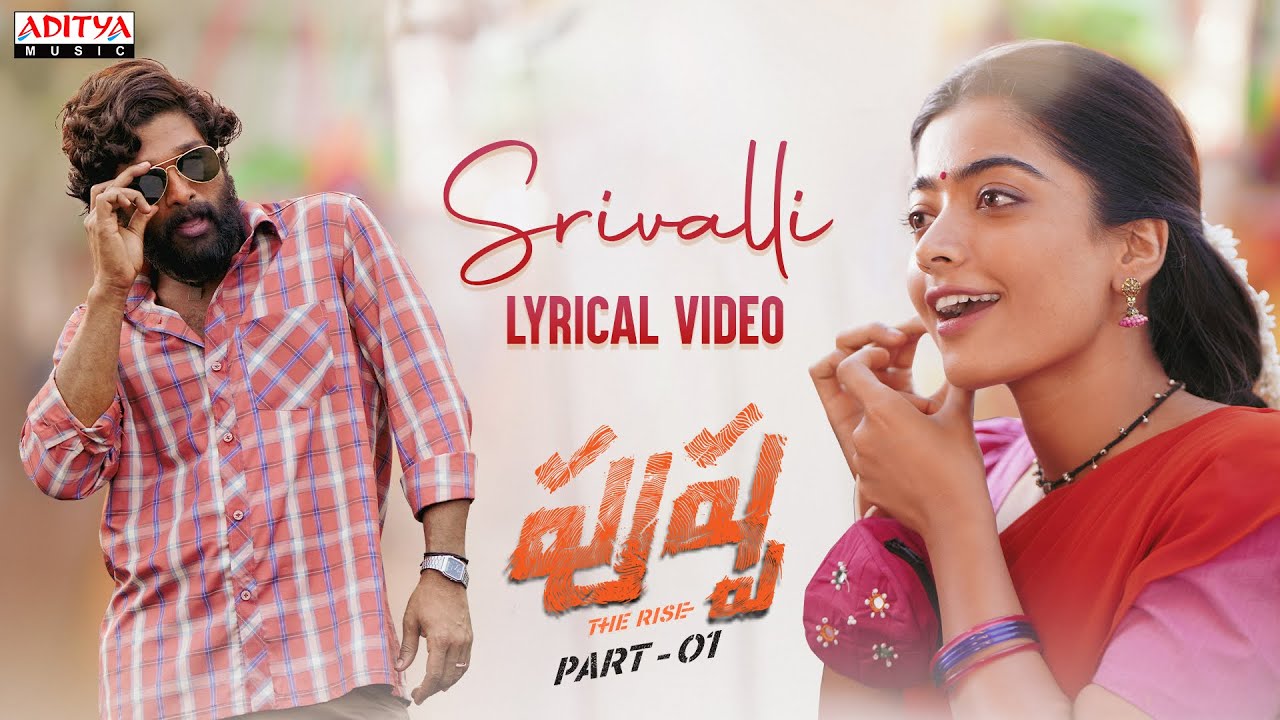 Much awaited second single from Allu Arjun and Rashmika Mandanna’s pan India film ‘Pushpa – The Rise’ is now out and its a melody so sweet you would want to listen to again and again. A Devi Sri Prasad musical, Sukumar’s ‘Pushpa’ is all set to release in cinemas on 17th December, 2021.

The ‘Srivalli’ video is a lyrical one that begins with animated portions of a desert and changing pictures of the lead stars, takes you on a hill top for a moment in between where Allu Arjun is seen dancing in his iconic Pushparaj style and then back to the animated version.

The music of ‘Srivalli’ soothes the ear and its rhythm is a catchy one coupled with pleasing lyrics from Chandrabose. Sid Sriram’s melodious vocals on DSP’s mellifluous music will make you listen the song on loop.

Moreover, the video’s choreography is such that it doesn’t give away much from the film like the lead star’s chemistry or the film’s setting for that matter as it did a bit in its first single.

‘Pushpa: The Rise’ is the tenth film where director Sukumar is collaborating with DSP. History is proof that the combo of these two masters of their fields has been nothing less than blockbuster and going by the two singles that are out now, ‘Pushpa’ album definitely seems to be one in the making.

First of the two parts ‘Pushpa – The Rise’ is an action-thriller film starring Allu Arjun, Fahadh Faasil and Rashmika Mandanna in the lead. Its story is based on red sanders smuggling in the Seshachalam Hills of the Rayalseema region of Andhra Pradesh.

Written and directed by Sukumar, the much anticipated film ‘Pushpa’ is produced by Naveen Yerneni and Y. Ravi Shankar of Mythri Movie Makers along with Muttamsetty Media. ‘Pushpa – The Rise’ is scheduled to release in theatres on 17th December, 2021.