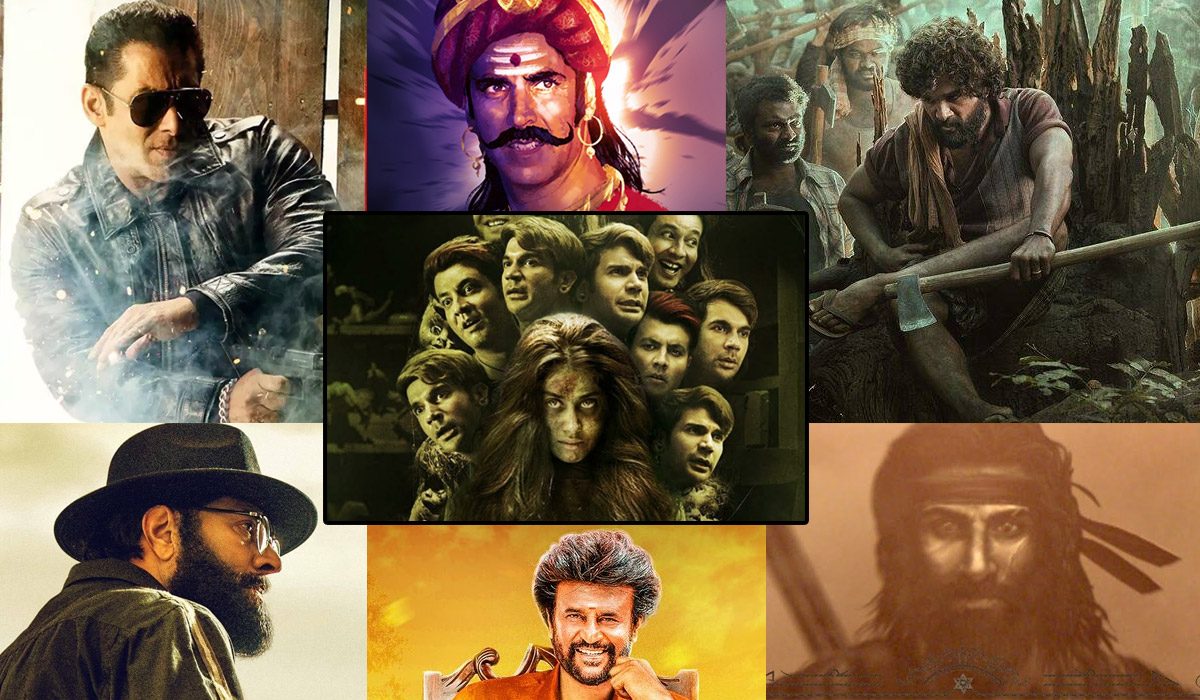 The Indian film industry is shockingly, glaringly, blatantly and disgustingly skewed when it comes to the number of male-centric and female-centric films. Digest this – out of a rough total of approximately 250 films that will release this year in theatres across the main film industries of Hindi, Tamil, Telugu, Malayalam and Kannada, a mere 5 are female-led. Simply speaking, only 5 films out of a total of 250 have a female character as the primary protagonist. Which is a terribly low 2% of films that are female-centric or rest on a narrative powered by a female! We hope you are suitably shocked – as much as we were when we made sense of the statistics.

We don’t even need to exert ourselves to list them out – two of the films star Taapsee Pannu in the lead – they are Rashmi Rocket and Haseen Dilruba. Janhvi Kapoor’s Roohi, Kangana Ranaut‘s Dhaakad, and Parvathy’s Malayalam film Varthamanam are the other films that rest on the shoulders of their lead actresses. All the remaining 245 films across languages have the grand hero saving the day – the male saviour. Even the names of the films tell us what we sadly already know – Shamshera, Prithviraj, Shershaah, Sooryavanshi, Annaatthe, The Priest, Ram, Malik, Marakkar, Roberrt, Sulthan – the titles tell their own story; and the list is endless.

Oh, and don’t be fooled by the female sounding names of films such as Radhe and Pushpa – those are also all about the ‘heroes’ among us, not the heroines, mind you. Of course, you might say that female protagonists make up one half of the names and narratives of several movies such as Bunty Aur Babli, RadheShyam and Sandeep Aur Pinky Faraar. But they hardly count in the larger scheme of things. And even among these, Prabhas will get the lion’s share of histrionics in RadheShyam – and we’re willing to bet on it!

The male saviour complex carries on into next year as well – Bachchan Pandey, Sarkaru Vaari Paata, Adipurush – it’s all about the ‘purush’…..where are the films with the ‘naari’ on top?

Even a film like Pawan Kalyan‘s Telugu remake of Pink, called Vakeel Saab, has no sign of the female leads on the film’s posters. The Hindi Pink had given pride of place to its three actresses, with the iconic Amitabh Bachchan merely playing a kind of supporting role. But Vakeel Saab is only about the male lead and his saviour avatar. Where are the girls? In an ideal film industry, Vakeel Saab should have revolved around the female leads. But we all know that the words ‘Indian film industry’ and ‘ideal’ don’t go together.

If it weren’t for the Covid-19 pandemic, this glaring and utterly shocking piece of statistic would never have come to our notice, however eagle-eyed we may be in our analysis and reporting. It was only because the entire list of upcoming releases – both confirmed and to-be-confirmed – in the Indian film industry is before our eyes, due to release dates being announced for the entire year, did this fact stick out – as glaringly as a sore thumb.

We’ll end this article here itself. We will not make sermons, won’t spout morals, and will not give advice – certainly not. By bringing this sad statistic to everyone’s notice – filmmakers included – we’ve done our work. It’s upto them whether they want to correct this skewed order of the Indian film industry – their very own film industry – or not! Our job’s done!