Home News Pushpa Vs Attack Independence Day Clash: Who Has The Upper Hand? 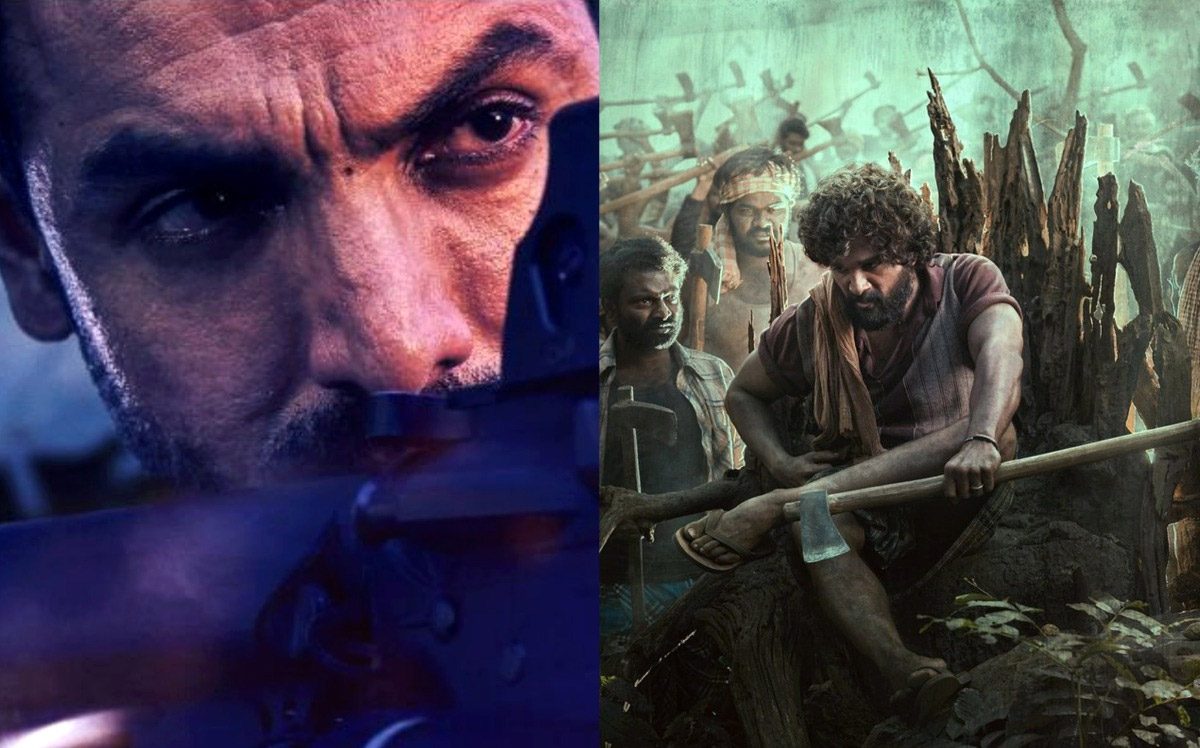 The biggest clashes are always around important public holidays – Independence Day, Dusshera, Diwali are the cream of the days when filmmakers prefer releasing their films. This year, all three national holidays will see the clash of the biggies. Even among these, Independence Day is on track to witness the most intriguing clash of all. We are talking about the Pushpa vs Attack clash, as both films have chosen the Independence Day weekend to hit theatres.

Since they are slated for an Independence Day release, both films have an overwhelming patriotic fervour, along with huge doses of courage and bravado. Also, both films are highly awaited by film-goers, and both have popular stars. So which film – Pushpa or Attack – has the upper hand?

Pushpa features popular Telugu star Allu Arjun, along with Rashmika Mandanna, Jagapathi Babu, Prakash Raj, Dhananjay, and Sunil. Ever since Ala Vaikunthapurramuloo became a pan India blockbuster hit, Allu Arjun has been hot property for filmmakers. The support cast is strong too.

Attack stars John Abraham in the lead role, alongside Jacqueline Fernandez, Rakul Preet Singh and Babrak Akbari. Of late, while John Abraham has become a name synonymous with hit movies, his is the only compelling name in the cast.

+1 for Pushpa for the cast.

Pushpa is written and directed by Sukumar, who’s delivered big hits in Arya and Rangasthalam. The music is by Devi Sri Prasad, who’s given hit music scores for numerous Telugu films. Its editor is Karthika Srinivas, another known and well-respected name. The producers of Pushpa are one of the biggest names in the Telugu industry, Mythri Movie Makers.

The story of Attack has been written by Lakshya Raj Anand and Vishal Kapoor, while Anand also directs. He is a relatively unknown name in the film industry, though he was a second unit director on Bang Bang. Attack is produced by John Abraham, Jayantilal Gada and Ajay Kapoor, hefty names, no doubt.

+1 to Pushpa for the crew, solely due to the pedigree of Sukumar.

Pushpa is a hard-hitting film on the sandalwood smuggling rampant in the jungles of the South. It brims with patriotic flavour, along with the never-say-die attitude of the protagonist.

Attack is based on the hostage crisis and acts of terrorism – a prime and juicy plot, ideal for Independence Day. Add to that, the machismo of John Abraham, and fans are gonna lap it up, no doubt.

So, both get equal points for plot, as we think both plots will work with the Indian public.

Pushpa has been creating massive buzz ever since it was first announced. The compelling first look of the movie has only added to the anticipation. Add to it the fact that Pushpa will release simultaneously in Hindi, Tamil, Telugu, Malayalam and Kannada, and its allure hits the roof.

The buzz around Attack is high, but mostly among die-hard John Abraham fans. The general public is quite neutral to Attack. Also, it will release only in Hindi, thus attracting only Hindi-speaking audiences and losing out on South audiences.

+1 for Pushpa on the basis of buzz and anticipation.

Looking at all of the above, we can only conclude that the Independence Day box office belongs to Pushpa. It definitely has the upper hand here.

What do you think? Tell us in the comments below!