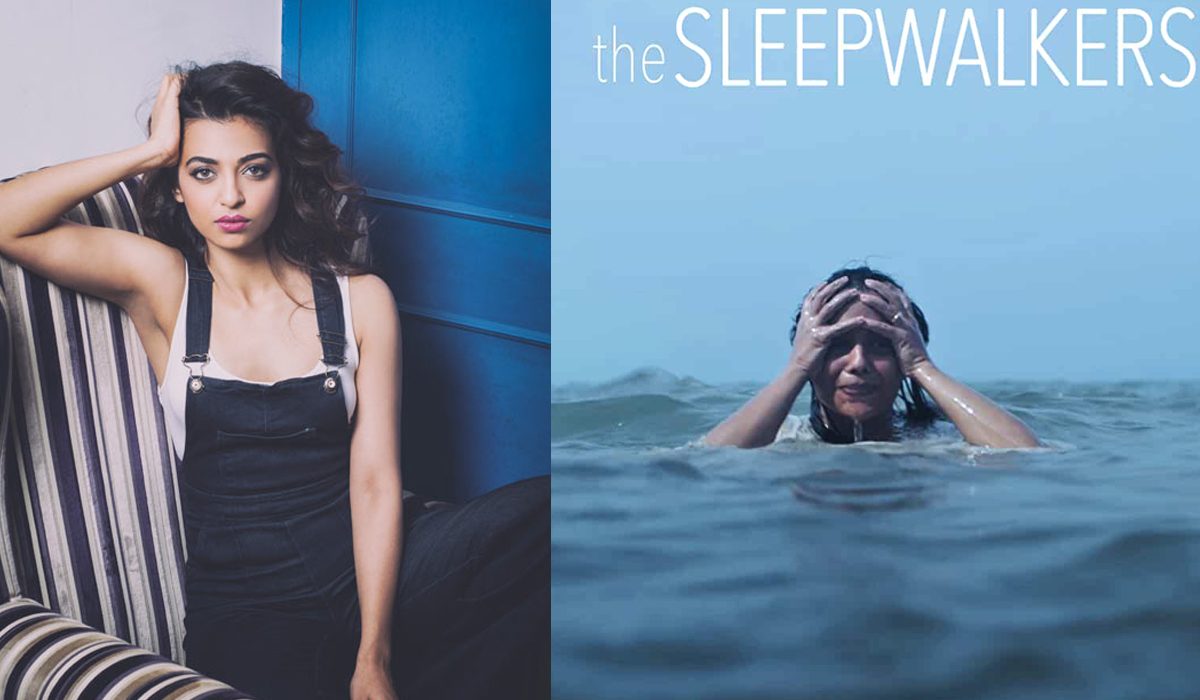 Radhika Apte’s directorial debut, short film ‘The Sleepwalkers‘ has been officially selected at the prestigious short film fest, Palm Springs International ShortFest 2020. It is indeed a memorable moment for the pretty actress turned director. Even as news of the honour came in, the producers of The Sleepwalkers released the short film’s first official teaser-trailer.

Radhika Apte has also written the story of the short film. Having conquered every bastion there is in the world of acting, the consummate actress has now broken into the next frontier – that of directing.

Though the trailer of the film gives a very vague idea of the plot, it does let on that the movie is along the lines of a psychological horror. The first impression of the short is one of a dark and forbidding thriller. The film will premiere after the Palm Springs ShortFest on a prominent streaming platform, but we’ve not been told which.

The narrative revolves around a millennial couple and their questionable actions that have far-reaching consequences. Starring talented actors Gulshan Devaiah and Shahana Goswami, the film is supposedly a thriller pertaining to the environment. It deals with the greed of human beings and the chaos it is capable of creating.

The Sleepwalkers has been produced by Honey Trehan, Abhishek Chaubey and Lalit Prem Sharma. And oh, the unnerving background music you hear in the trailer is the work of Benedict Taylor, music composer of The Sleepwalkers, and also Apte’s better half.

Check out the trailer of The Sleepwalkers here –