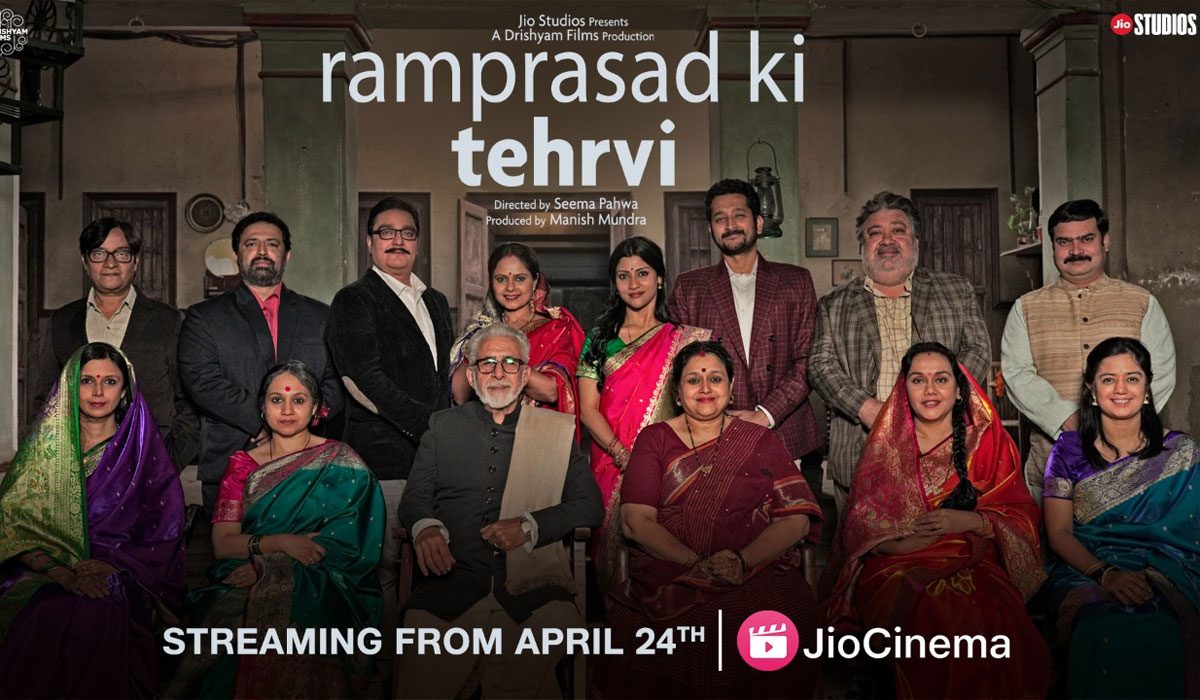 The movie is set to release on Netflix on next Saturday i.e. 24th of April. Ramprasad Ki Tehrvi earlier had a release date of 31st March but it was not released on the said date. Now as the film’s trailer is available in Netflix’s ‘coming soon’ section with the date, we can be assured that it’s finally going live next Saturday.

Ramprasad Ki Tehrvi was released theatrically on 1st January, 2021. Though, it received a lot of praise and recognition since it’s release but understandably, it couldn’t be a super-profitable venture as the crowd was yet to turn up in large numbers in theatres due to the pandemic all over the country. But now with its release in Netflix, finally the fans will be able to relish this already acclaimed movie from the comfort of their home.

Ramprasad Ki Tehrvi revolves around an entire family who gathers under one roof for 13 days after Ramprasad’s death, to perform the traditions and rituals called the tehrvi. During the course, the entire family opens up concerning their own lives, politics and insecurities, and then they gradually realize that the importance of a person only exists when they are no more.

A few days back, The film again made the news when it was compared with newly released Pagglait as both films looked extremely identical. But as per the sources, the director Seema Pahwa said, “Ours was an original film and so is Pagglait. I would not say that they copied our film. I guess it must be a coincidence.”

With Ramprasad Ki Tehrvi releasing on 24th April and joining the other anticipated releases like Stowaway, Saina & many more next weekend, it just got epic for the fans who will surely dive into binging the next week.