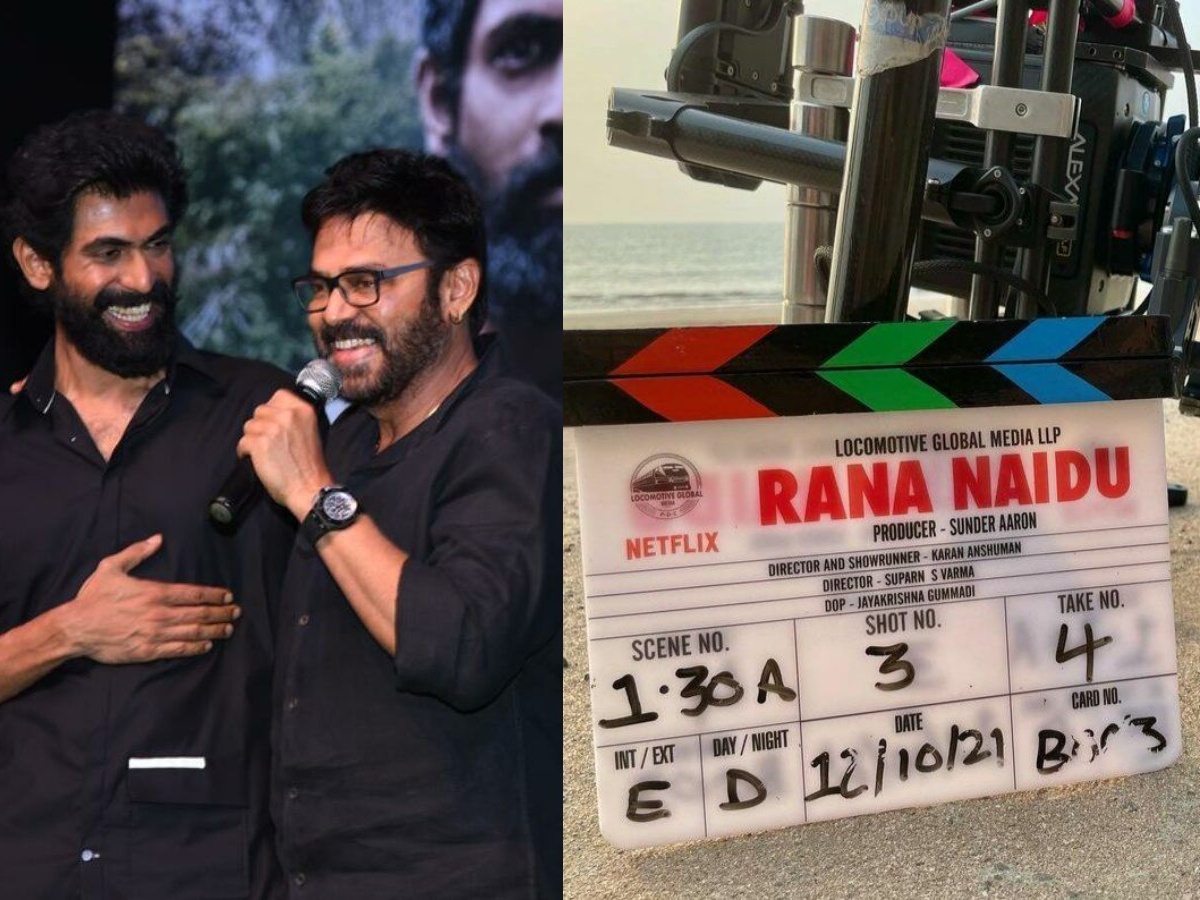 Later last month, Rana Daggubati officially announced his maiden web series, Rana Naidu, which will feature his uncle Venkatesh Daggubati in a pivotal role. “Always wanted to share the screen with my uncle the VICTORY V @VenkyMama and my dream is finally coming true. As much as I love him off screen, in “Rana Naidu” we are going to be at each other’s throats. #RanaNaidu, coming soon on Netflix,” Rana wrote on his official social media handles as he announced the series. The latest update is that the unit has commenced filming for the Netflix original web series Rana Naidu.

Karan Anshuman, the director of Rana Naidu took it to Instagram to confirm that the unit has commenced filming for the series. “Here we go! #RanaNaidu” Karan wrote and he also shared a snap of the clapboard that is being used for the filming purpose. In this snap, we see a serene beach in the background and it implies that the unit is currently filming related sequences in the series now.

Locomotive Global Media LLP is producing this much-anticipated series. Rana Naidu will be made available for streaming on Netflix. Real-life nephew and uncle Rana and Venkatesh Daggubati star as a Mumbai fixer and his ex-con father in this adaptation of the American crime drama series “Ray Donovan.” Given the fact that this series marks the maiden collaboration between Rana and Venkatesh, the native audiences are eager to watch the on-screen camaraderie, or in this case, the rivalry between the Daggubati duo. More details will be out in the days to come.
Follow us on Google News