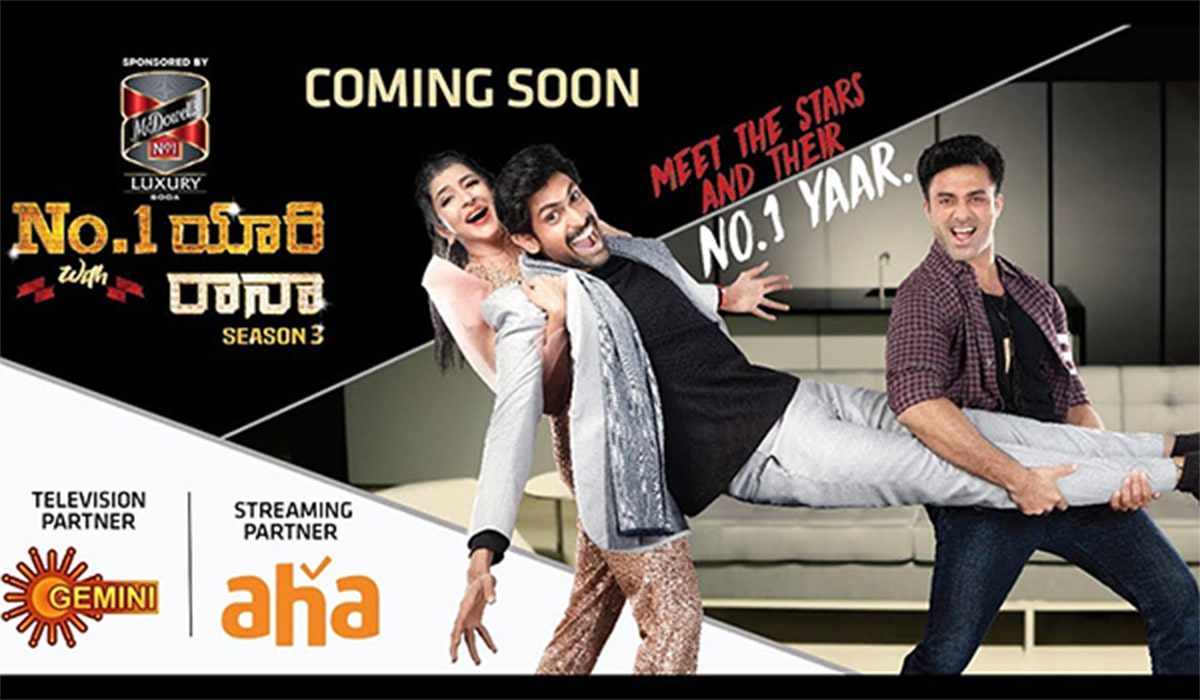 No 1 Yaari is a successful Television Talk Show hosted by Rana Daggubati. The show has completed two seasons successfully on Gemini TV and it looks like it is now going digital for its third season. Rana dropped a hint about the show arriving on Aha Video, the 100% Telugu Exclusive OTT Platform.

“Hi Yaari! What’s up @ahavideoIN? (sic),” Rana tweeted on Friday. To which the OTT platform replied, “Yaari lekapote life lo aha ledu @RanaDaggubati!”. The lanky actor broke the news saying, “Inka tension ledu endukante Yaari club will be back for Season 3 (No worries because Yaari club will be back for Season 3)”. Aha Video announced the sneak peek of the show tomorrow i.e., on Saturday.

Rana Daggubati is from one of the influential families of the Telugu film industry. He grew up along with many star kids and so, the camaraderie is evident in the shows – one of the biggest reasons for the success of the show. Moreover, Rana is known to be friendly with every family in the industry and so, he has access to everyone which makes the show very interesting. It will be interesting to see who all will be the guests for this season of the show.