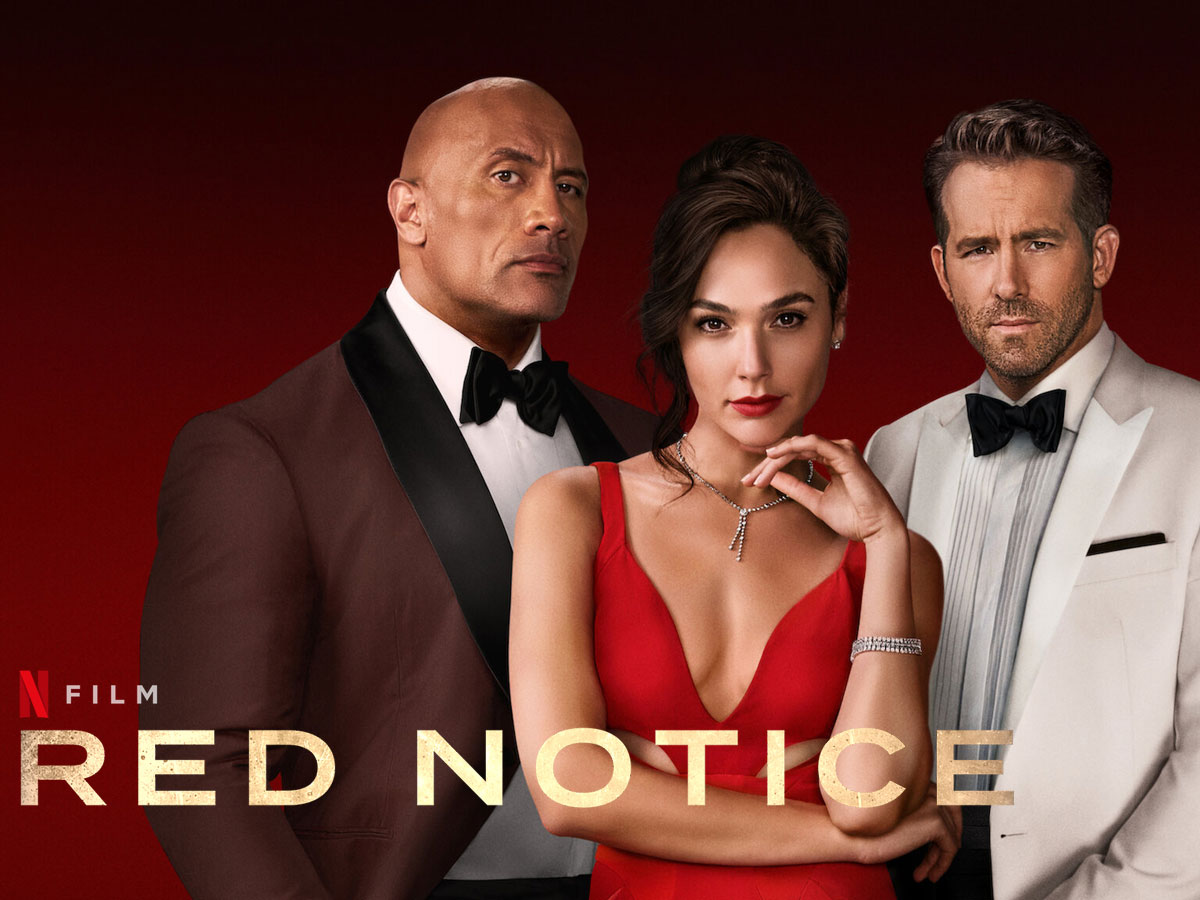 Netflix has released a brand new trailer of its much awaited multi-starrer action thriller film ‘Red Notice’ and its packed with action, quirks and pizzazz. Helmed by Rawson Marshall Thurber, ‘Red Notice’ will release in select theatres on 5th November, 2021 and on Netflix on 12th November, 2021.

The latest trailer introduces Ryan Reynolds as Nolan Booth, the second most wanted art thief in the world, living on a beech where special agent John Hartley (Dwayne Johnson) of FBI surprises him in his own home. Though he lives there secretly, Hartley found him because he made the mistake of selling Strang’s ‘Lady With a Red Hat’ from the Tate.

Another name in Hurtley’s priority list is The Bishop (Gal Gadot), world’s most wanted art thief. Turns out Bishop frames Hartley and issues ‘Red Notice’ against him using some clever keystrokes so that she could go ahead and steal Cleopatra’s priceless eggs without any trouble.

But Hartley manages to teams up with Booth, get out of jail and and hatch a plan to catch The Bishop so that he gets to clear his name and as for Booth, Hartley would help him become the number one thief in the world. What follows is a full on action packed, explosive sequence of events with humorous punches and glamour galore.

While Dwayne Johnson (‘Skyscraper’, ‘Jumanji: The Next Level’) brings in the action and brain and Ryan Reynolds (‘Deadpool’) gets the jokes done, Gal Gadot (‘Wonder Woman’) manages to do it all alongwith a whole lot of oomph in Netflix’s ’Red Notice’, a globetrotting action-thriller film.

Rawson Marshall Thurber (Skyscraper, Central Intelligence), writer and director of ‘Red Notice’ penned the script based on his original pitch. The producers for the film are Beau Flynn for FlynnPictureCo; Johnson, Dany Garcia, and Hiram Garcia for Seven Bucks Productions; and Thurber. Scott Sheldon serves as the executive producer.