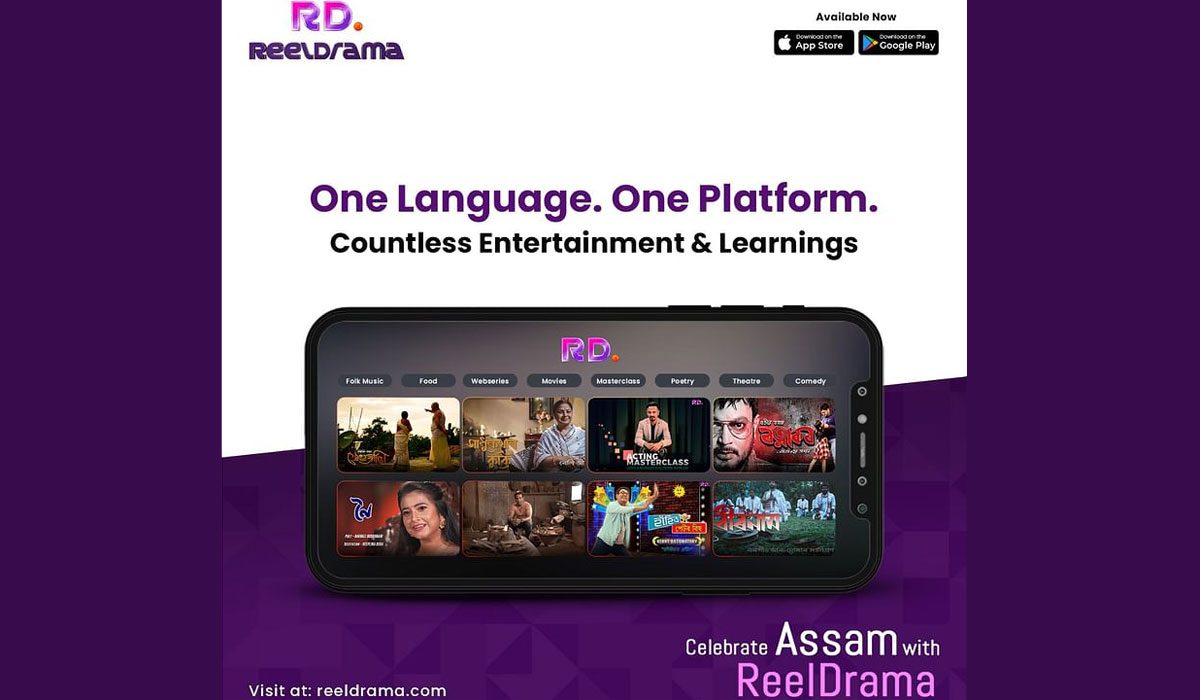 2020 has hit the film industries everywhere real hard, especially the regional and small ones. Assamese film industry being one of them. Not only the films were delayed but also the booming daily soap opera industry of Assam was badly hit, as the lockdown closed everything down. That being said, 2021 has already started on a really positive note, as finally Assam will have its very own OTT platform. Yes, Assam finally set foot into the world of OTT by launching a streaming app named “Reeldrama”.

This app for sure seems like the new dawn for the Assamese film industry. They are ready to release web-series, shows and movies that will be exclusively released for the app. Not only that, for the fans the old Assamese films like the ever-green, “Hiya Diya Niya”, “Nayak”, “Anuradha”, “Bidhata” and other major classics, all will be available on the app too.

Already the Reeldrama’s Instagram profile has given us few hints of the upcoming web-series and shows that will be released by the app. The first web-series will be one by Kenny Deori Basumatary of the Local Kungfu and Local Kungfu 2 fame. The name of the upcoming web-series is “Tumar Opekhyat”, another will be a comedy show called “Hahit Petor Bix” and also Kenny’s beloved films “Local Kungfu and “Local Kungfu 2” will be exclusively streaming on the app. One of the first Reeldrama originals will be “Fisaa” that will be starring Barsharani Bishaya in the lead role.

The app will be available in 133 countries and will also be available soon on Apple TV, Android TV, Amazon Firestick and Roku. The app was released on Thursday by Hyderabad-based Reeldrama Productions and star studded launch party for the same was held in Guwahati. With eminent personalities from the industry attending the event, all hoped that Reeldrama will be able to propel the Assamese Film and Entertainment industry to a completely new world of possibilities.

This will also begin the journey for all the aspiring actors and young talents of Assam who needed a platform to showcase their talent. At the end, one thing can be said for sure, with Reeldrama, a brand new beginning for the industry has already started.