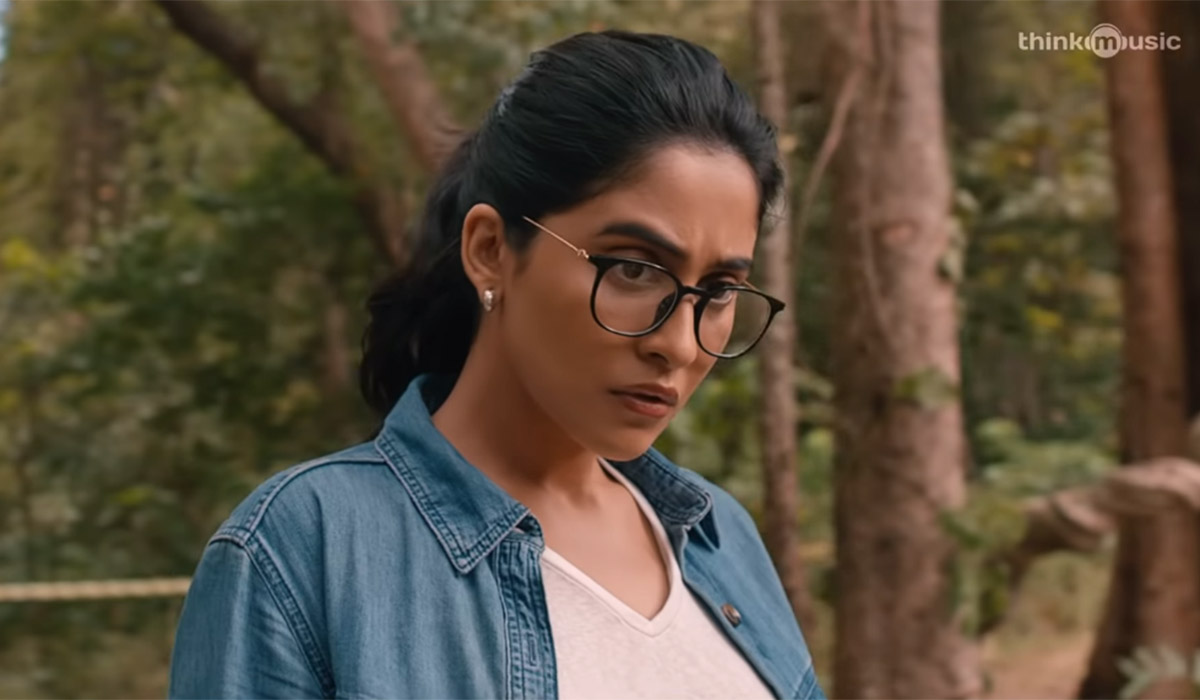 The trailer of Caarthick Raju‘s next directorial ‘Soorpanagai‘ starring Regina Cassandra in the lead is out and is intriguing to say the least. The trailer was released earlier this evening by actors Vijay Sethupathi, Vishal, Arun Vijay, Aishwarya Rajesh and Nidhhi Agerwal, among others. The filming of the bilingual thriller, also being released in Telugu as ‘Nene Naa’, commenced early this year. Apart from Regina, ‘Soorpanagai’ also stars Akshara Gowda, Jaya Prakash, Vennela Kishore and Sathish, among others. The film will see Regina in a double role, that of an archeologist and the other in a regal, period-like avatar, that forms the crux of the plot.

The trailer sets the tone of the film by revealing the plot which mainly surrounds a murder mystery. It begins with a voiceover that talks about a mysterious death- unexplainable by evidence- of a foreigner who came trekking. The case is a repetition of some past events, resulting in the death of every investigator looking into the case. Actress Regina plays an archeologist roped in to investigate the case, only to find out, much to her horror, that her past life is somehow entangled in the death being investigated.

The first look poster of ‘Soorpanagai’ released earlier gave us an insight into Regina’s second character, where she was seen in a regal look, but with an element of horror. While talking about her character and the film, writer and director Caarthick Raju had earlier said, “Regina plays an archaeologist in ‘Soorpanagai’ where she would be investigating a case in a quicksand and digs up a skeleton. The story unfolds in the very first scene. She will not only be seen in a never-seen-before look on the film but also in a story that hasn’t been explored much before. It is a thriller film that will also have some horror elements in it. It has period portions in it that will enthrall the audience.”

Produced by Shekar Varma under the banner Apple Tree Studios, the film’s post-production work is in full swing and a release date is expected to be announced soon.