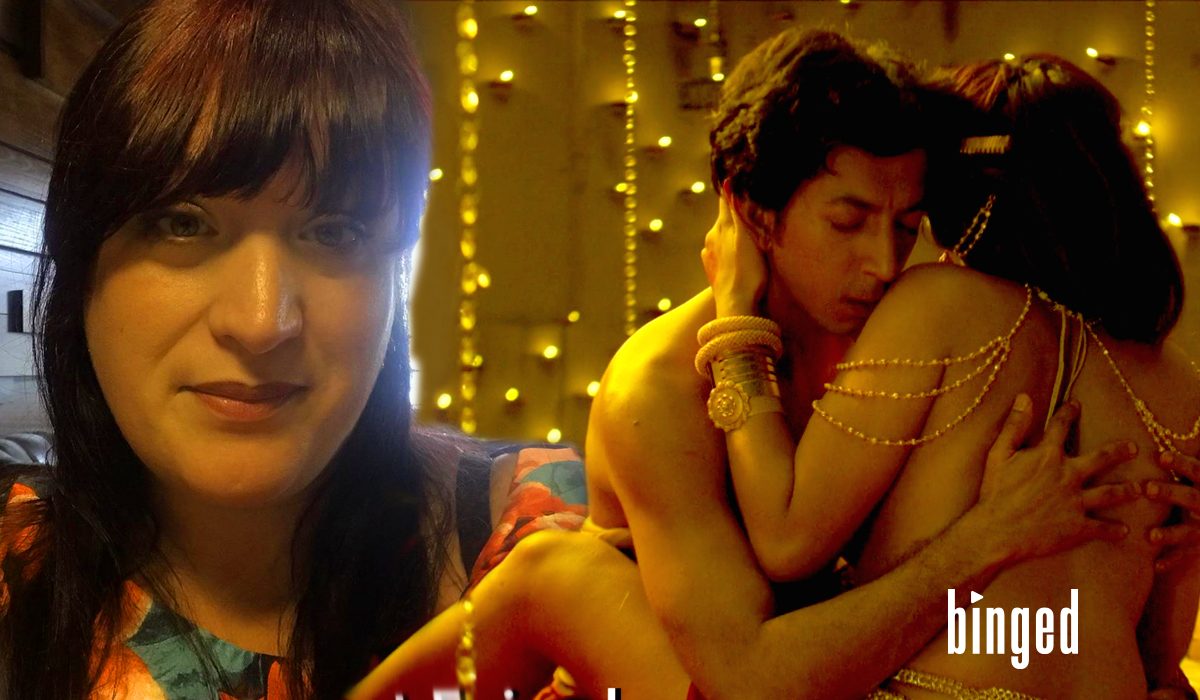 As intimate scenes have become a standard part of Hindi OTTs, it becomes all the most important that they are shot aesthetically so as not to put off a majority of Indian viewers, for whom lovemaking scenes on screen still make for awkward viewing. It is here that an intimacy coordinator comes into the picture.

In her capacity as the Intimacy Coordinator of Mastram, Amanda Cutting directed the lead actors Anshuman Jha, Tara Alisha Berry, Rani Chatterjee, Kenisha Awasthi, Garima Jain and Isha Chabbra on the positions and movements they must adopt on screen, coordinated the props etc that were used in the scenes, ensured that all scenes were shot in an aesthetic and pleasing manner, and finally, also made an effort to put the actors at ease while shooting the sequences.

Particularly challenging were the scenes shot on the motorcycle, in the bus and the Kamasutra sequence. Said Amanda in an interview with The Times Of India, “The Kamasutra scene (with Isha Chhabra and Anshuman Jha), with candles was incredible. We had very specific positions that we wanted to embrace in that scene and Isha was brilliant because she is so flexible that it actually allowed us to pull out even more interesting positions. It was also challenging because we only had that much time on set.”

She added, “The motorcycle scene was a challenge because the actors were being vulnerable, and doing something that, on camera, appears that it is public. However, we made sure there was no actual public perceiving those actions. We had a lot of security, and massive big curtains that basically covered and created a big black box around the area. The content that we were creating was 4-5 minutes long, after an average 4-6 hours of shooting.”