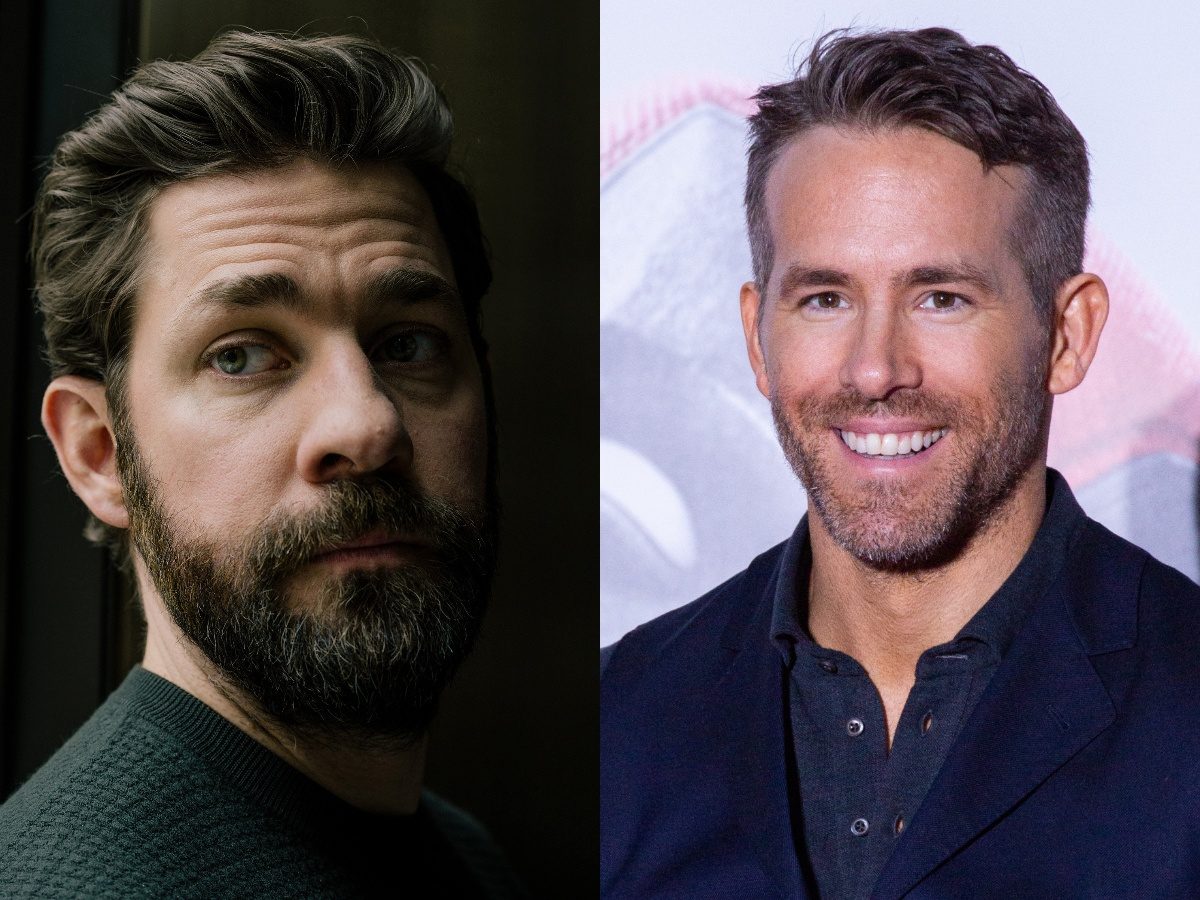 The news about the good-looking actor duo teaming up for this fantasy-comedy film, which is supposedly being written by Krasinski himself, has been doing the rounds for quite some time.

The film is reportedly based on a man (Ryan Reynolds), who can see and talk to people’s imaginary friends and must stop the ones who have been forgotten, in order to prevent them from turning evil and terrorizing the world using their supernatural powers. However, it is not yet known what role Krasinski would be playing in the film.

Krasinski, who became popular after starring in the highly-rated sitcom ‘The Office’ (co-starring Steve Carell), went on to direct the slick post-apocalyptic horror-drama ‘A Quiet Place’ in which he acted along with his off-screen partner Emily Blunt. The highly anticipated sequel to the film is slated for a May 2021 release. He was also heaped praise for essaying the titular role in the political thriller Amazon Original series ‘Tom Clancy’s Jack Ryan’.

On the other hand, Canadian American ‘Deadpool’ actor Ryan Reynolds will next be seen in the action-comedy film ‘The Hitman’s Wife’s Bodyguard’ alongside Samuel L. Jackson and the comedy-adventure film titled ‘Free Guy’.

Owing to the recent successes of both Reynolds and Krasinski’s projects, the bidding for their forthcoming collaboration had reportedly gone through a game of musical chairs between major American studios.

The news of the Reynolds-Krasinski project came alongside Paramount’s decision to reorganize its release date calendar comprising some big-ticket projects. This restructuring has resulted in Tom Cruise’s ‘Top Gun: Maverick’ moving back for a November 19, 2021 release. While Cruise’s longstanding franchise ‘Mission: Impossible 7’ and ‘Mission: Impossible 8’ now set to open on May 27, 2022, and July 7, 2023, respectively.

Moreover, another untitled installment of the ‘Star Trek’ franchise is scheduled to get a June 9, 2023 release. And the G.I Joe spinoff ‘Snake Eyes’ is eyeing for a July 23, 2021 release.