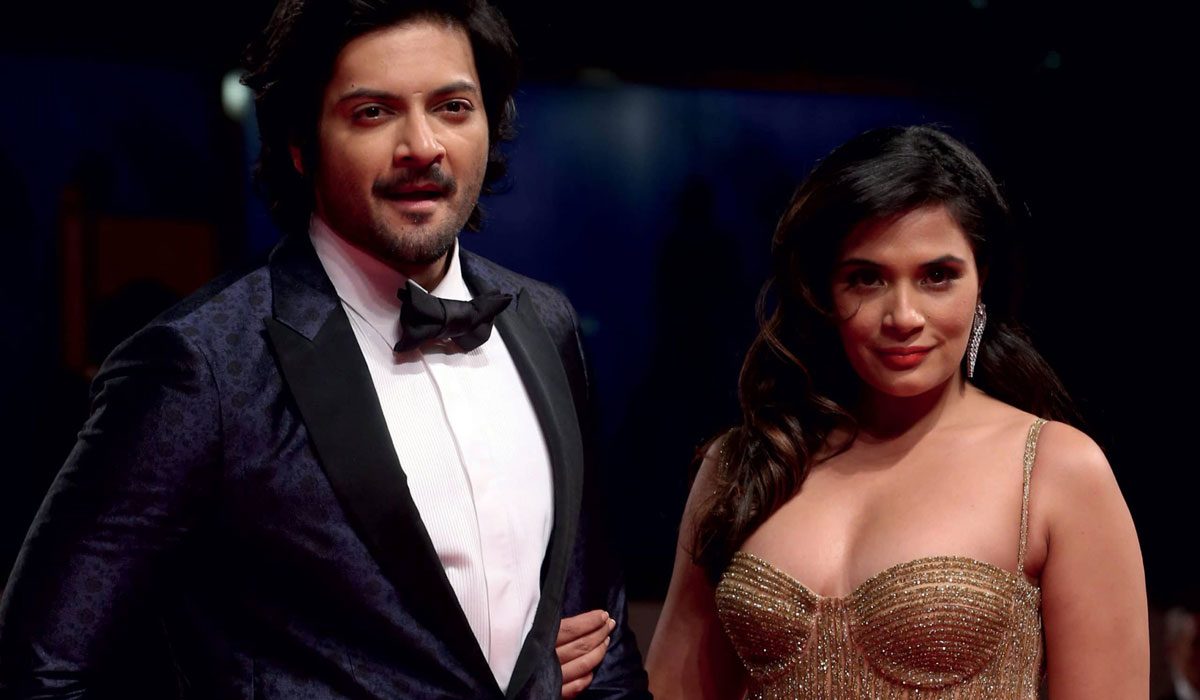 Ali Fazal and Richa Chadha, real life couple as well as brilliant actors, have taken a new step in their professional lives by launching a production company together named ‘Pushing Buttons Studios’. And their first film together as producers is going to be ‘Girls Will Be Girls’.

With Pushing Buttons Studios, Fazal and Chadha aspire to tell stories rooted in the Indian ethos but with a global reach. With ‘Girls Will Be Girls’, written and directed by Shuchi Talati, they follow the same philosophy.

That the script of the film is going to be outstanding can be judged from the fact that it was the only Indian script to be selected in the prestigious Berlinale Script Station 2021. The feat is extraordinary as Berlinale Talents Script Station is a lab that chooses only 10 projects each year from around the world under its program.

That’s not it, the script of ‘Girls Will Be Girls’ has also been selected at the Jerusalem Sam Spiegel Film Lab, and won a New York State Council of the Arts Grant for development.

As per reports, ‘Girls Will Be Girls’ is a film that is set in an elite boarding school in a small Himalayan hill town in northern India and follows the story of a 16-year-old girl, whose rebellious coming-of-age is hijacked by her mother who never got to come-of-age.

Talking about the film, Richa Chadda said, “The world that Shuchi has created is relatable, often cruel but never hopeless or nihilistic. Its honest awkwardness will make you chuckle, not weep.”

Ali Fazal said, “This is the first time that Richa and I are collaborating on a film as producers and the experience so far has been very rewarding.” the ‘Mirzapur’ actor further added, “This film being our first is close to our hearts. I am also excited that our studio will enter the market with such a progressive, female-led story. We hope to be able to tell thought-provoking and universal stories with humour and love.”

‘Girls Will Be Girls’ was first presented by Chadha and Talati at the 2018 Film Bazaar in Goa, organized by India’s National Film Development Corporation. From there it was joined by India’s Crawling Angel Films (2020 Berlinale selection ‘The Shepherdess and the Seven Songs’) and France’s Dolce Vita Films (2019 Venice and Cairo winner ‘A Son’).

Previous credits of Talati, who is a New York based AFI graduate include ‘A Period Piece’ (a SXSW 2020 selection), among various other short films. Talking about her work she said, “I like my work to challenge dominant narratives around gender, sexuality, and the Indian identity.”

‘Girls Will Be Girls’ will be produced by Sanjay Gulati and Pooja Chauhan for Crawling Angel and Claire Chassagne for Dolce Vita alongside Chadha and Fazal for Pushing Buttons Studios.