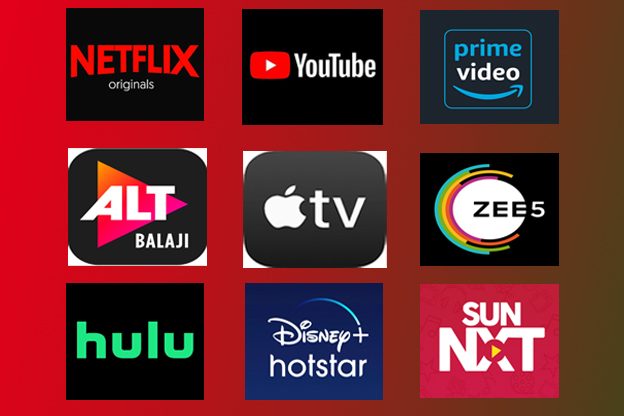 Over the past few years, movie streaming platforms like Netflix, Amazon prime video, Apple TV+ have been clamoring to get market share in one of the most fertile grounds to be, India. These streaming services have seemed to have slowed down efforts on getting new subscribers for their platform in more developed countries like the USA, Europe, etc but not in India.

They are slashing prices and providing more content than ever to entice potential Indian movie viewers or subscribers. Amazon founder and CEO Jeff Bezos, on his recent three-day visit to India, said Amazon will double down on its investment in the country as “there is nowhere that the streaming service is doing better than India.”

On the Netflix side of things, the chief executive officer of Netflix said that the company is on track to spend 30 billion Indian rupees which translates to $420.5 million, on producing and licensing new content in India for the years 2020 and 2021.

There are currently about 40 providers of over-the-top media services (OTT) in India, which distribute streaming media over the Internet. These streaming platforms see the soon to be US$5 billion video-on-demand (VOD) market as a country to target, not just because it is cheaper to get new signup but also because these users spend more time on the platform than users from most other countries.

A recent report from Netflix says Seventy percent Netflix subscribers watch at least one film a week in India and as a percentage of overall time spent on the streaming platform, film viewing in the country is the highest for any country worldwide, the streaming giant said while announcing its list of most popular titles of 2019. 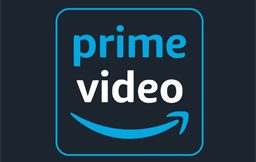 The Indian market has overtaken every other market in the world when it comes to the consumption of technology. The mobile phone market has grown significantly over the past few years to overtake world consuming powers like China and the USA. The acquisition of these devices by Indian residents has seen the rise of the use of services enabled by mobile phones like social media and of course streaming videos on the internet.

About half of the nation’s 1.3 billion population is now online and the country’s on-demand video market is expected to grow to $5 billion in the next four years, according to Boston Consulting Group.

Though Netflix and amazon prime Video has almost totally taken over the streaming sector in India, there were not the first to break ground. There were a number of local streaming services around, though most of them were from media companies and television broadcasters. These services were made to expand on the current state of TV at the time, exploring new channels for a newer and younger audience for their existing content.

Voot by Viacom 18 is one of such examples, along with Sony LIV by Sony Pictures Networks, and Hotstar by Star India. These had a smaller catalog of movies, but have the entire catalog of their widely watched current and past TV programming. Though TV content was available, movies made for the younger audience was limited and did not offer great choices in the matter.

Hotstar is the OG streaming platform that has made the most progress amongst them and the one that aims to take on foreign players head-on. Its strong point is its ability to offer a wide variety of regional content, categorized nicely, and works on a freemium model where a lot of content is available for free without the need to sign up, while you can pay ₹190 ($2.91) per month for a premium subscription. 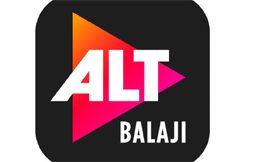 Under the patronage of Reliance Entertainment, BIGFlix launched in 2008, taking the lead for the first dependent Indian OTT platform was around. In 2010, Digivive launched India’s first OTT mobile app called nexGTv, which provides access to both live TV and on-demand content. nexGTV is the first app to live-stream Indian Premier League matches on mobile phones and did so during 2013 and 2014.

OTT gained significant momentum in India when both DittoTV (Zee) and Sony Liv were launched in the Indian market around 2013. DittoTV was an aggregator platform containing shows across all media channels including Star, Sony, Viacom, Zee, etc.

The price manipulation strategy played a great role in the rise of OTT in India. Motivated by fierce competition and the low propensity of most Indian internet users to pay for subscription services, paid media streaming sites had to cut down on prices to entice new users to sign up for their considerably cheaper offers and also cause users of different platforms to switch.

This has forced the overall prices of premium streaming services to drop significantly to levels more people can afford.

However, recent news says the three main wireless carriers increased prices for their data tariffs by as much as 41% earlier the month of February 2020. The move has seen customers unable to afford data bundles to watch movies online hence reducing the time spent on entertainment services like Netflix, Apple Inc.’s TV+ service. Most of the streaming in India is done on phones.

This massive industry in India has been established with the help of cheap broadband, well-established film culture. A large number of English speaking population has also helped the case for the growth of OTT in India.

Many internet services operating in India today generate the majority of their revenue from ads displayed on videos. Incorporating ads in their services, some streaming services are able to offer a freemium tier for its customers which makes most of its content available for free. This is a huge plus for potential subscribers. Who doesn’t want free things

To broaden its reach in the nation, Netflix earlier this year introduced a new monthly price tier — $2.8 — that allows users in India to watch the streaming service in standard quality on a mobile device.

The ad-supported service offers more than 80% of its catalog at no charge to users and charges 999 Indian rupees ($14) a year for its premium tier. 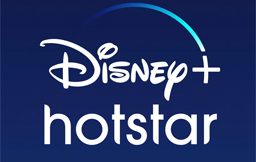 Hotstar is the top streaming service provider in India as of 2018. The OTT platform owned by Star India boasts of about 150 million active users and over 350 million downloads as of the same date. According to Hotstar’s India Watch Report 2018, 96% of watch time on Hotstar comes from videos longer than 20 minutes, while one-third of Hotstar subscribers watch television shows. In 2019, Hotstar began investing ₹120 crores in generating original content such as “Hotstar Specials”. 80% of the viewership on Hotstar comes from drama, movies, and sports programs.

Hotstar has taken advantage of the immense popularity of cricket in India to grow a vast subscriber base. Hotstar has been able to license content that includes the rights to stream a number of cricket tournaments.

Hotstar reported that more than 25 million people simultaneously watched a cricket match on the platform, a global record. The service, at the time – May of 2020- had more than 300 million monthly active users.

Netflix entered the Indian market in January 2016 and began offering content in 2017. It earned a net profit of ₹2020,000 (₹2.02 million) for the fiscal year 2017. In the fiscal year 2018, Netflix earned revenues of ₹580 million. According to Morgan Stanley Research, Netflix had the highest average watch time of more than 120 minutes but viewer counts of around 20 million in July 2018.

India was not affected by Netflix’s July 2018 increase in subscription rates for the US and Latin America. Netflix has stated its intent to invest ₹600 Crore in the production of Indian original programming. In late 2018, Netflix bought 150,000 square feet (14,000 m2) of office space in Bandra-Kurla Complex (BKC) in Mumbai as their head office. As of December 2018, Netflix has more than 40 employees in India.

Netflix faces tough competition with other OTT platforms in India such as Amazon Prime, Hotstar, Voot and Eros Now, each of which charges lower subscription rates than Netflix. 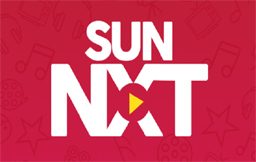 Sony LIV, the OTT platform from Sony India, has 30 million viewers with an average watch time of around 60 minutes.

Amazon Prime Video was launched in 2016. The platform has 2,300 titles available including 2,000 movies and about 400 shows. It has announced that it will invest ₹20 billion in creating original content in India. Besides English, Prime Video is available in six Indian languages as of December 2018. Amazon India launched Amazon Prime Music in February 2018.

Eros Now, an OTT platform launched by Eros International, has the most content among the OTT providers in India, including over 11,000 films, 100,000 music albums & tracks, and 100 TV shows. Eros Now was named as ‘Best OTT Platform of the Year 2019’ at the British Asian Media Awards. It has 128 million registered users and 13 million paying subscribers as of February 2019.

Apart from these, Balaji Telefilms-owned ALTBalaji and Viacom 18-owned Voot and some very popular because of the unique content they provide are Fliz Movies & ULLU. These are the most-viewed OTT platforms in India. Reliance Jio-owned JioCinema and JioTV, and Times Group-owned MX Player are other OTT service providers in India.