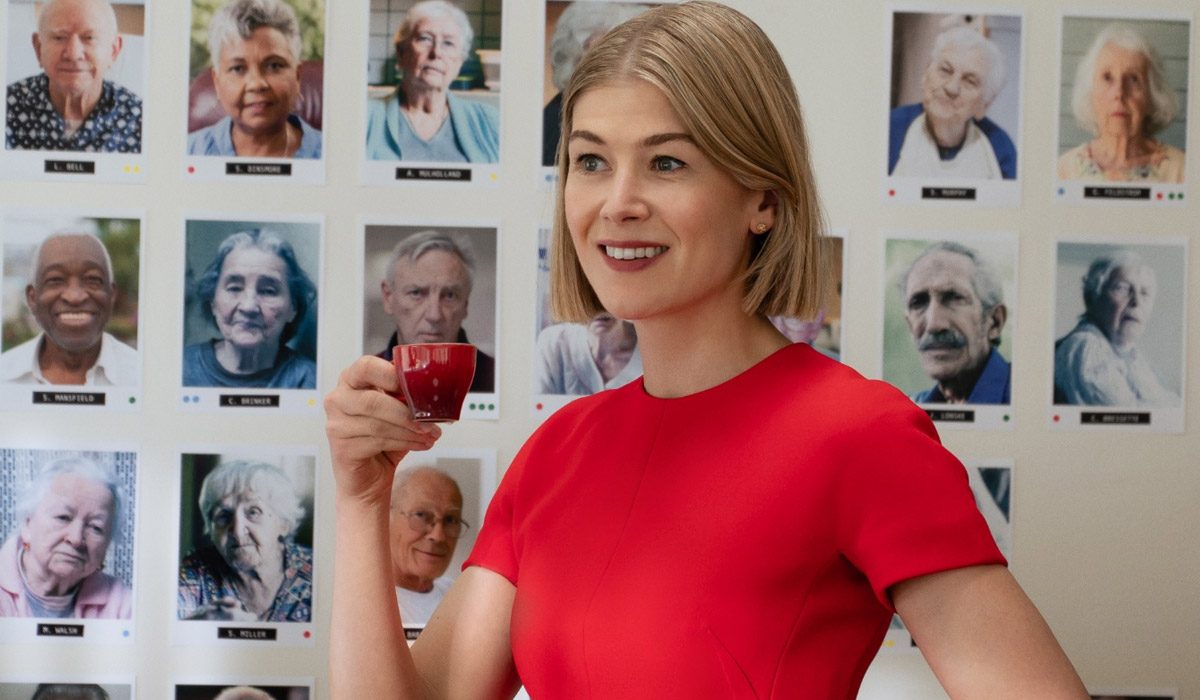 English actor Rosamund Pike has shown us a variety of roles – she played a no-nonsense lawyer in Jack Reacher, portrayed the brilliant Marie Curie in Radioactive and she has even acted as a titillating Bond Girl in Die Another Day. But it is her turn in Gone Girl, playing a vengeful wife that will cement her in movie history forever. Now, she is playing another shady character in Netflix’s upcoming film I Care A Lot

Netflix dropped the trailer for I Care A Lot a few hours ago and It. Is. Nasty. The dark comedy thriller follows a lawyer Marla Grayson (portrayed by Rosamund Pike) who goes to an elderly lady’s house and gets her transferred to a medical facility as she is too old to take care of herself; atleast, according to the court order. Turns out, Grayson makes her living by deceiving judges into appointing her as the legal guardian of multiple elderly people. She then takes over their property, sells it and uses the money for her own purposes, effectively stealing from them.

When she ignores the advice of her colleagues and proceeds to move another one of her “clients” into a elderly home, it turns out this old woman has some ties to a powerful gangster Roman Lunyov (portrayed by Peter Dinklage). Grayson gets kidnapped and tortured by Lunyov. She is eventually let go so that she can release the older woman from her custody. Grayson doesn’t back down however and proceeds to take the fight to Lunyov.

I Care A Lot stars Rosamund Pike, Peter Dinklage, Eiza González, Chris Messina, Dianne Wiest, Isiah Whitlock Jr., Macon Blair, Lance Norris, Alicia Witt and Damian Young in prominent roles. The film is written and directed by J Blakeson. The movie had its world premiere at the Toronto International Film Festival on September 12, 2020. Shortly after that, Netflix acquired distribution rights to the film. Critics have praised the film and many have called it a “must-watch”.

I Care A Lot will premiere on Netflix on February 19th 2021. Check out the trailer for the film below.