Home News Salim-Javed To Return After 34 Years In A Docu-Series Produced By Farhan... 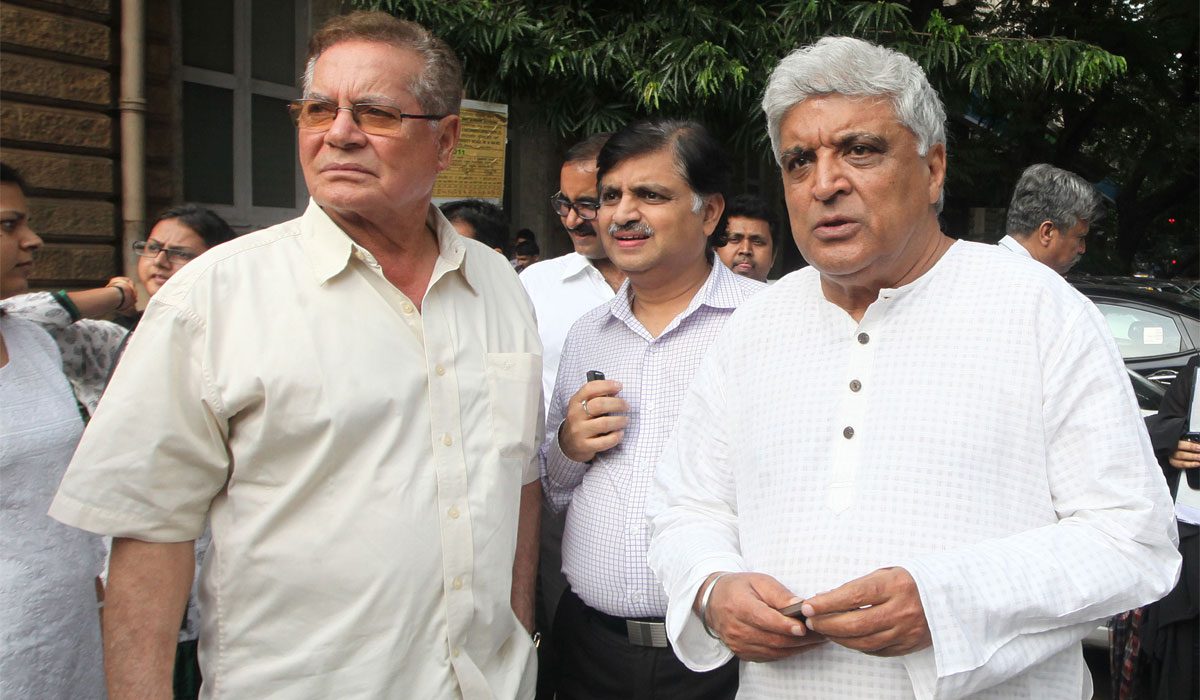 The legendary screenwriting duo Salim-Javed who are often regarded as “Hindi cinema’s greatest screenwriters”, are coming back after 34 years since their final work together for Mr. India in 1987. No, you guessed it all wrong. They are not coming back as screenwriters, but Farhan Akhtar is planning to produce a documentary series on the duo.

Those who are unfamiliar with Salim-Javed, the duo are none other than Salim Khan, the father of Salman Khan and Javed Akhtar, the father of Farhan and Zoya Akhtar. They worked together on 24 films including 2 Kannada films during 1971-1987, of which twenty were extremely successful films, both commercially and critically. The duo was the first to achieve ‘Star’ status as Indian screenwriters because of their contribution to the golden age of Indian cinema. The duo are often credited with the creation of the “angry young man” image of Amitabh Bachchan as they wrote the screenplay, story and dialogue for a significant number of Bachchan’s major box office hits.

Now, the documentary series was announced a few days back by Zoya Akhtar, who was thought to be directing the content but now, as per the reports, Zoya will no longer be helming the project. There will be a new director to be hired for directing the same.

We have also learnt that the series will contain numerous interviews with the legendary duo along with an extensive set of previously unseen footage of them, and interviews of legends like Amitabh Bachchan and glimpses of the behind-the-scenes of the films for which they wrote the screenplays.

We are yet to receive an update on the release of the documentary series but we have learnt that Ritesh Sidhwani of Excel Entertainment will co-producer the same with Farhan Akhtar. With the artistic prowess of Salim-Javed alongside the charismatic presentation methods of Farhan Akhtar, this upcoming documentary will definitely be worth a watch!Follow us on Google News