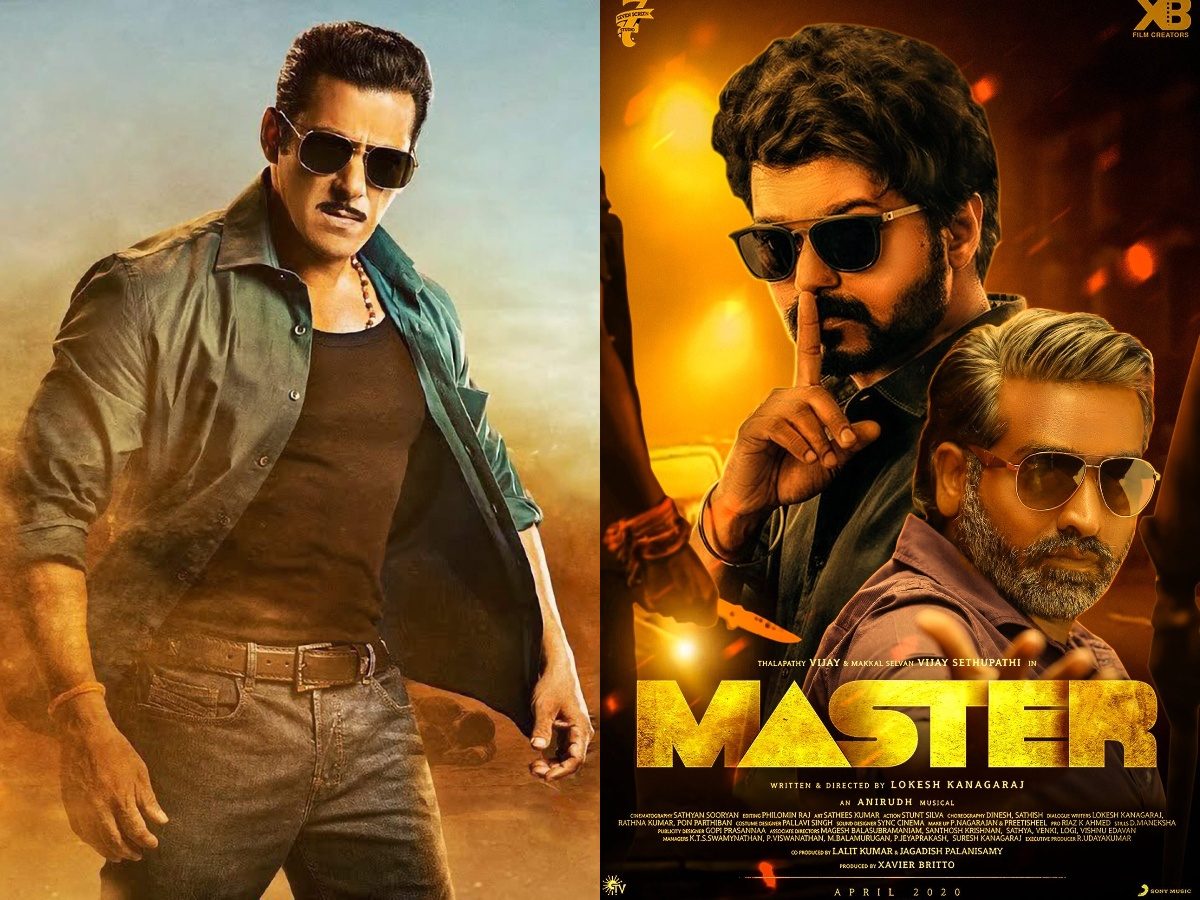 The film industry is abuzz with news of Bollywood superstar Salman Khan being approached for the Hindi remake of Tamil blockbuster ‘Master’. Buzz says that the popular star will reprise the role played by Thalapathy Vijay in the Tamil original. If Salman Khan, popularly known as Bhai by his legion of fans, does agree to do the film, expect one HUGE change in the Bollywood remake. What will that be? Stay with us as we reveal our take on it in a bit.

For a long time now, Bollywood has made an art form out of remaking hit films – be it Hollywood or Korean or South films remakes. Remakes jostle in Bollywood with original films, to give the Hindi film industry its biggest hits – recent hits, Kabir Singh, Wanted, Drishyam, Rowdy Rathore, Singham – they’re all remake of South hits. Now, 2021’s first blockbuster ‘Master’ has got on the radar of Bollywood biggies. Word is that Kabir Singh producer, Murad Khetani has bought the remake rights of the film, and he will produce the film along with Endemol Shine India. The screenplay of Master is currently being reworked to confirm with Bollywood sensibilities and audiences.

However, one thing is certain. If Salman Khan does play the role of Master, expect the role of Bhavani, played by intense actor Vijay Sethupathi, to be cut down to size. In fact, not only cut down to size, but made quite inconsequential in the remake. The reason – when Salman Khan is in a film, no other actor or character other than Salman’s can enjoy centre-stage or the spotlight. Already, as news of Salman Khan playing Master in the remake spread on social media, die-hard Salman Khan fans have requested Bhai not to do the film. They’ve pointed out that Vijay Sethupathi’s role has more meat and significance than Thalapathy Vijay’s.

What these fans don’t know is that this minor hurdle will hardly make a difference to Salman Khan, if the superstar does agree to Master – the film and the role. He will simply make the writers reduce Vijay Sethupathi’s role to one of less importance – problem sorted!

So this is the change we anticipate the Master remake to have, if it’s superstar Salman Khan as the lead. Let’s see how right we are!