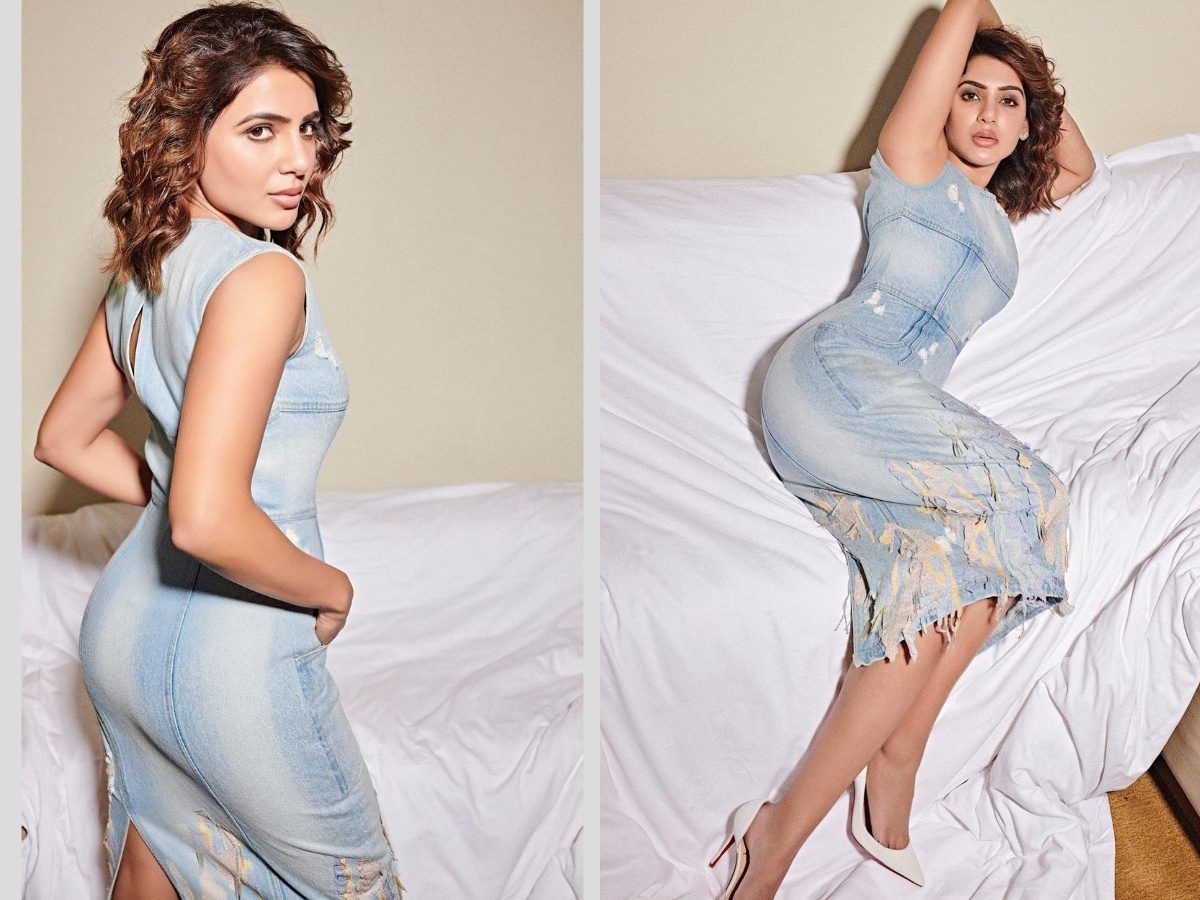 On the eve of the much anticipated trailer drop of the hit Indian web series The Family Man, actor Samantha Akkineni has joined its promotion. The actor had previously done a few interviews and talked about her role in the upcoming web series and the liberation that the role gave her and we can’t wait to see her in the second season of this action-packed spy thriller series.

The Indian actress who has primarily wowed the Tamil and Telugu audiences is looking set to tackle another beast of a film industry – Bollywood. The South-Indian bombshell came fully prepared to Mumbai where she dazzled in a blue colour denim dress for the promotion of the second season of The Family Man. She wore this outfit as part of a photoshoot for Abhishek Sharma’s “Abhishek Studio”. Few of the pictures which were taken during the shoot, were posted on Samantha’s official instagram account with the caption “For #TheFamilyMan promotions”. Check out the picture below:

The actor had previously posted the teaser to The Family Man, a few days ago. In it, the teaser mentioned that the official trailer for the action thriller television series will be dropped tomorrow on 19th January 2021. The teaser already was well made and entertaining on its own, but now the trailer will hopefully soon, it will give us a proper look at Samantha’s upcoming role in the film. The teaser just gives us a literal “background look” of her at the very end of the 1-minute video.

We expect these promos to continue till the second season of the series finally drops. And we expect that as the release date gets closer, the promos will ramp up in both intensity and frequency. We await both the promos and the next season of the Family Man with bated breath (and happiness).