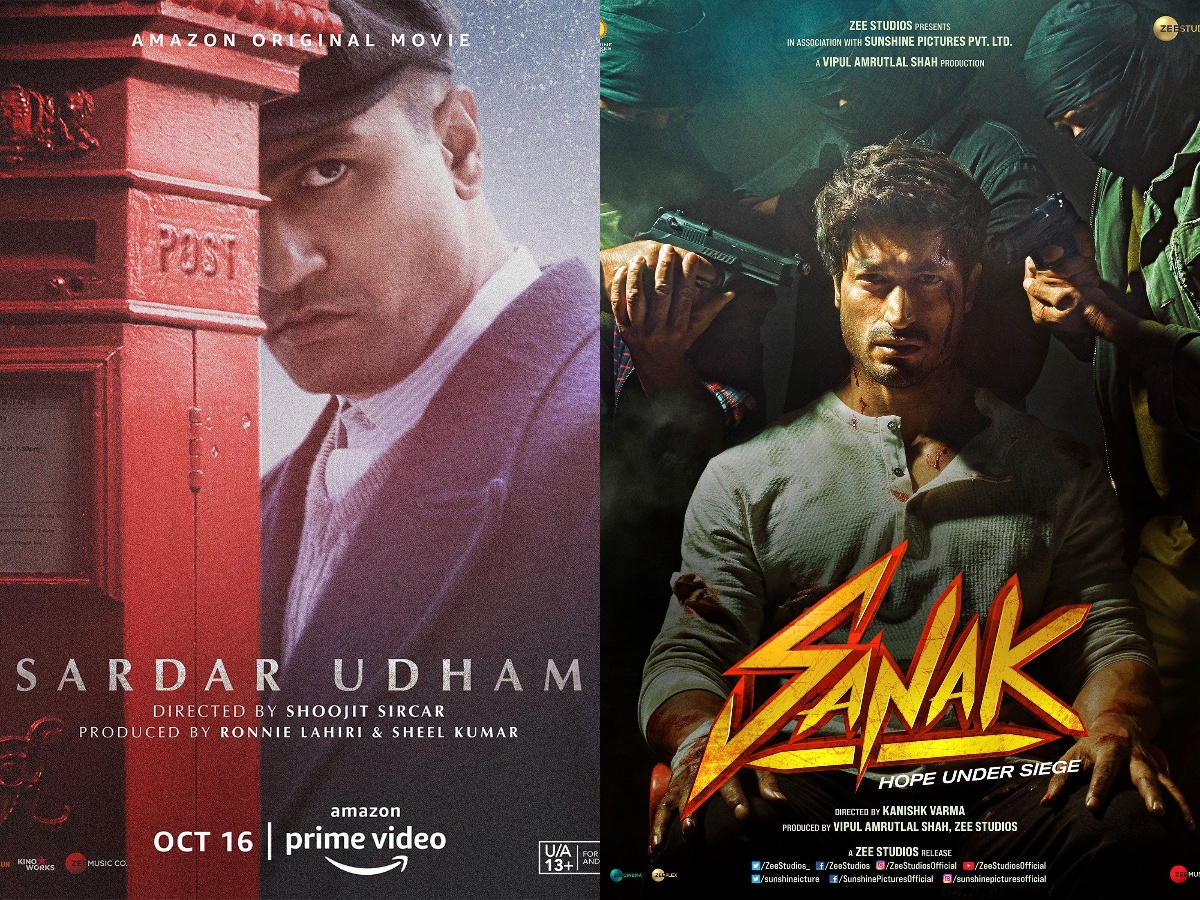 This Dusshera, OTT platforms are going all out to woo digital viewers with a delightful bonanza of much-awaited releases – both films and series. From films featuring top stars such as Taapsee Pannu, Vicky Kaushal and Vidyut Jammwal, to K-Dramas, romcoms and more, from action to romance to social dramas, OTT platforms have something for everyone.

An Akarsh Khurana directed film, ‘Rashmi Rocket‘ features Taapsee Pannu as an upcoming athlete who stuns the world with her speed and agility on the race track. Trouble brews when she fails her gender test, leading to bans and stigma. Abhishek Banerjee stars as the lawyer who fights her case in court, bringing to the fore the unfairness of such tests in sports.

Shoojit Sircar’s film on the unheralded martyr Sardar Udham Singh, his single-minded devotion to the country’s freedom cause, and how he extracted revenge from the British administration for the heart-rending Jallianwala Baugh massacre.

An action thriller Sanak in the invasion genre. Vidyut Jammwal faces off against a sizeable bunch of goons who invade the hospital where the the leading lady is to get surgery done for a heart ailment. As Jammwal’s character goes on a goon-bashing spree, it’s knockout for the bad guys!

Directed by Shawn Levy, Free Guy features Ryan Reynolds plays a bank employee who discovers that he’s actually a player in a video game, the product of a coding wiz. He decides to take matters in his own hands and carve his own trajectory in the game. Also stars Jodie Comer, Joe Keery, Lil Rel Howery, Utkarsh Ambudkar, and Taika Waititi

Jyotika’s 50th film, produced by her and Suriya, under their banner 2D Entertainment. Udanpirappe is a rural drama that traces the relationship between two siblings, leading to a clash of ideologies over a crucial matter. Also stars Sasikumar and Samuthirakani.

A family thriller and drama, it centres on a once-happy family that falls into a web of crime and killing owing to an incident with a son of the family. The stellar ensemble cast of Supriya Pathak, Pavan Malhotra, Ranvir Shorey, Gagan Arora, Sahil Mehta, Paramveer Cheema, Nupur Nagpal, and Kanwaljit Singh makes Tabbar an enticing proposition.

A sports & comedy drama, it is a remake of the Malayalam film Queen. It stars Harbhajan Singh, Arjun, Losliya Mariyanesan and Sathish.

An aging couple, fed-up of their four grown-up sons who are indifferent towards them, plan to give birth to a daughter in the golden years of their life. A comedy and social drama that gives the message of caring for one’s aging parents.

The murderous couple of Joe and Love return to our screens, this time with new baby Henry in tow. The couple has relocated to the quiet, affluent suburb of Madre Linda, but for the couple, old ‘serial-killing’ habits die hard!

A young woman, with revenge on her mind, joins the police force and goes undercover as a cop. Alongside, she infiltrates the dangerous gang responsible for her father’s death. ‘My Name’ is another compelling K-Drama from Netflix.

With so much compelling content to release online in the coming week, we’re sure your binge-watching plans are well and truly sorted. Happy binge-watching!Follow us on Google News