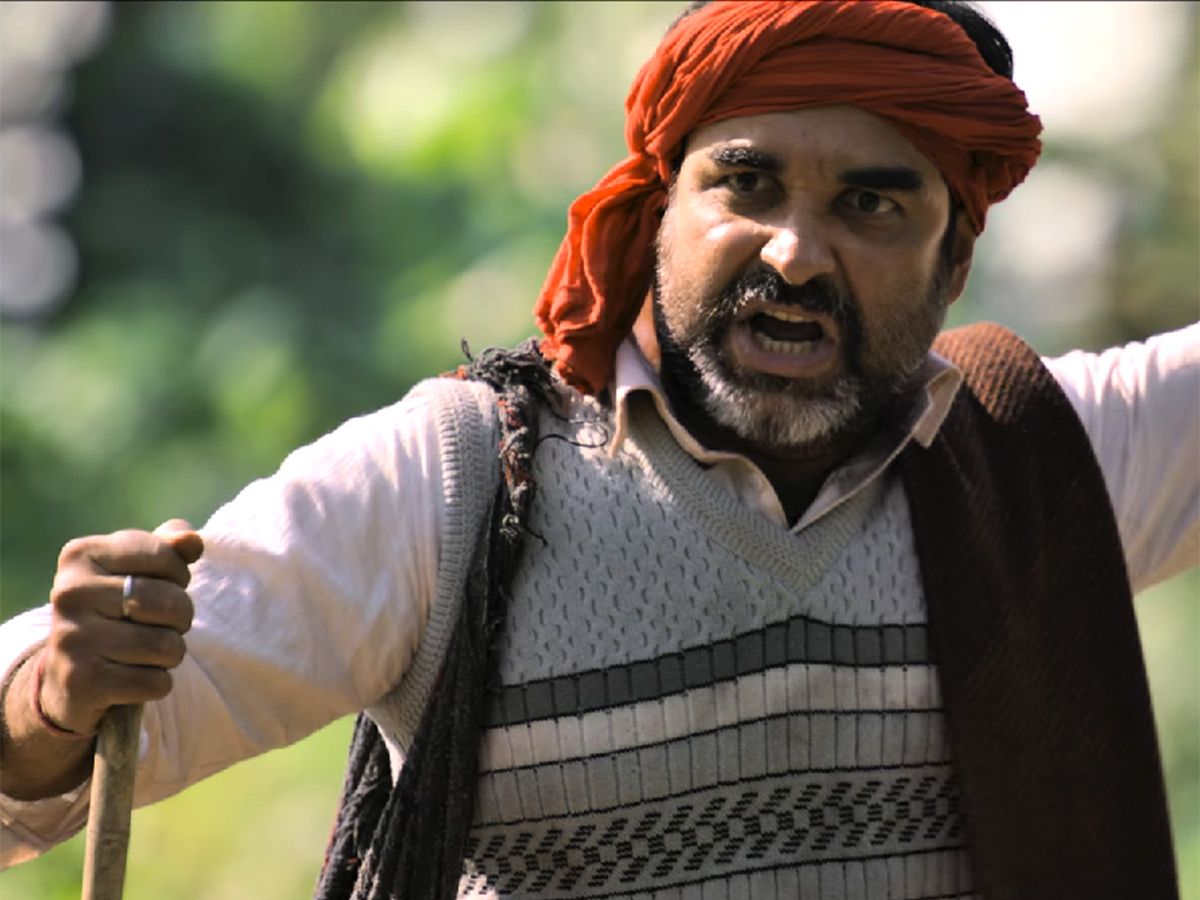 A glimpse of Pankaj Tripathi starrer ‘Sherdil: The Pilibhit Saga‘ has just been released. The 2 minute trailer sums up the plot of this movie. And of course, it’s a Pankaj Tripathi and Srijit Mukherji collaboration. Will it disappoint? Unlikely!

The trailer shows Pankaj Tripathi, Gangaram, as a sarpanch who is disheartened by the government’s refusal to provide his village with necessary funds. In order to help the starving villagers, Gangaram voluntarily decides to get himself killed by a tiger, which will force the government to pay ₹10L to the villagers as per their ‘man killed around tiger reserve’ scheme. In his quest to become the prey, he meets a poacher, played by Neeraj Kabi. Soon, Gangaram is falsely accused of killing a tiger. What follows next is the fight for justice, raising some serious questions. Fact: This idea of leaving old family members as prey and later asking for compensation was actually practiced in real life.

Talking about the project, award winning director Srijit says that this story, based on real life events of Pilibhit, has been his dream project. It took nearly 5 years to bring this story to the cinemas and he couldn’t be more excited! Towards the end of the trailer, Pankaj Tripathi can be seen saying, “Tu sher hai toh main bhi sherdil hu!” He is definitely a ‘sherdil’ (courageous) and a hero for giving up his life, is he not?

This family entertainer also stars Sayani Gupta as the female lead. ‘Sherdil: The Pilibhit Saga’ is presented by Gulshan Kumar, T-Series Film and Reliance Entertainment. It is produced by T-Series, Reliance Entertainment, and Match Cut Productions. This heartfelt film is all set for a theatrical release on 24th June. The trailer has left us excited and we can’t wait to rush to the theatres. What about you?