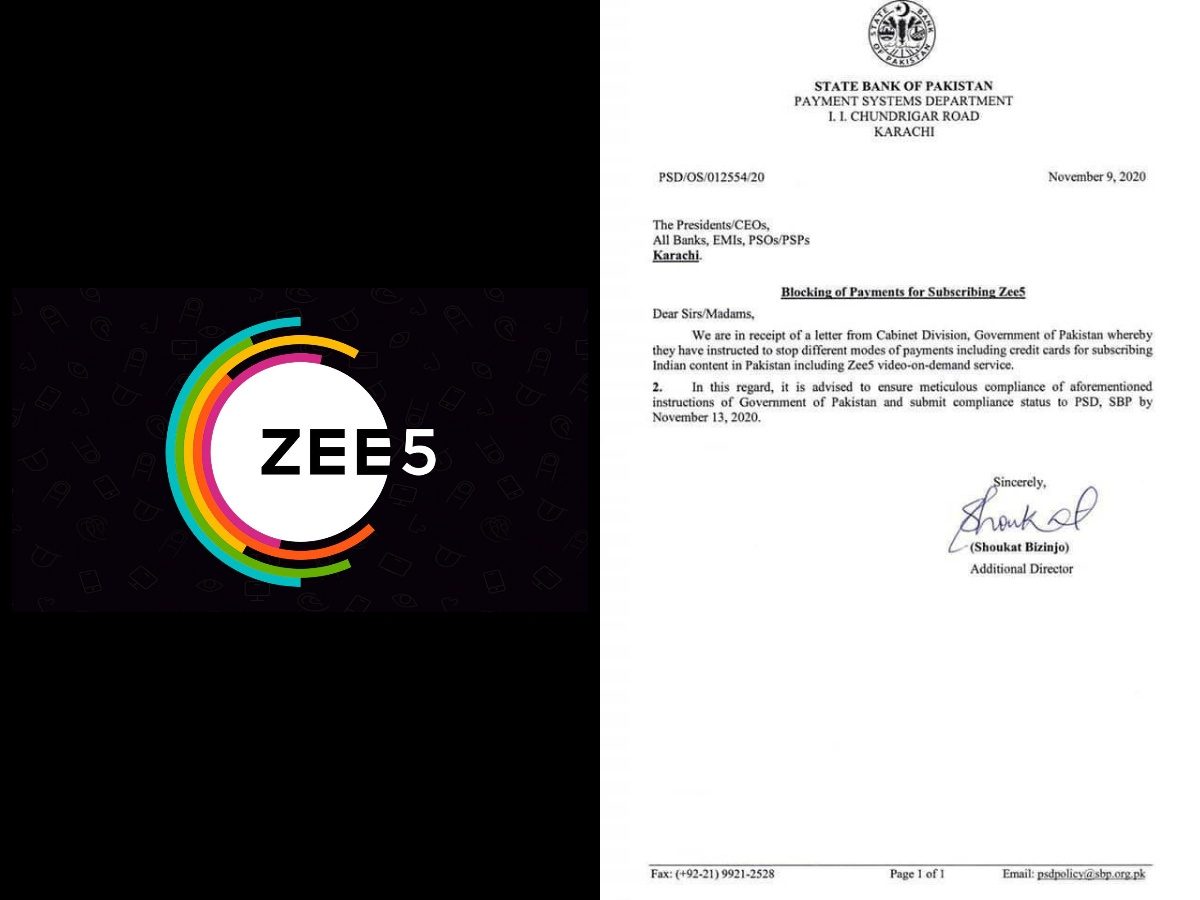 In a matter that has recently come to light, it has been found that Pakistan’s central bank, The State Bank Of Pakistan (SBP), has blocked its users from paying for subscriptions to ZEE5 and other Indian OTT platforms. The order to block its citizens from paying for Indian OTT and ZEE5 subscriptions through Pakistani banks has reportedly been passed by the Cabinet division of the Pakistan government.

The cabinet has specifically singled out ZEE5 for mention as the Indian streaming service has become a much watched OTT platform in Pakistan. It is due to the fact that ZEE5’s Zee Zindagi sources shows specifically created by Pakistani filmmakers. It has streamed two Pakistani shows on ZEE5 until now – the critically and commercially acclaimed Churails, and the recent Ek Jhoothi Love Story. Churails had caused a furore in traditional circles in Pakistan, owing to its bold content and revolutionary subject.

Pakistan Electronic Media Regulatory Authority (Pemra) has already passed a blanket ban on Indian content. The directive from the central bank only serves to make online payments for Indian OTT subscriptions that much more difficult.

Besides ZEE5, SonyLIV is the other Indian streaming service present in Pakistan, while Indian content is also available on international streamers such as Amazon Prime Video and Netflix, both of which are available in Pakistan.

Filmmaker and Dawn journalist Hasan Zaidi posted an image of the aforementioned order on his Twitter account.

Here we go. Zee5 subscription to get blocked in Pak. pic.twitter.com/CvaETT1UAA