Home News Snake Eyes First Look: The Ninja Warrior Set To Be Back With... 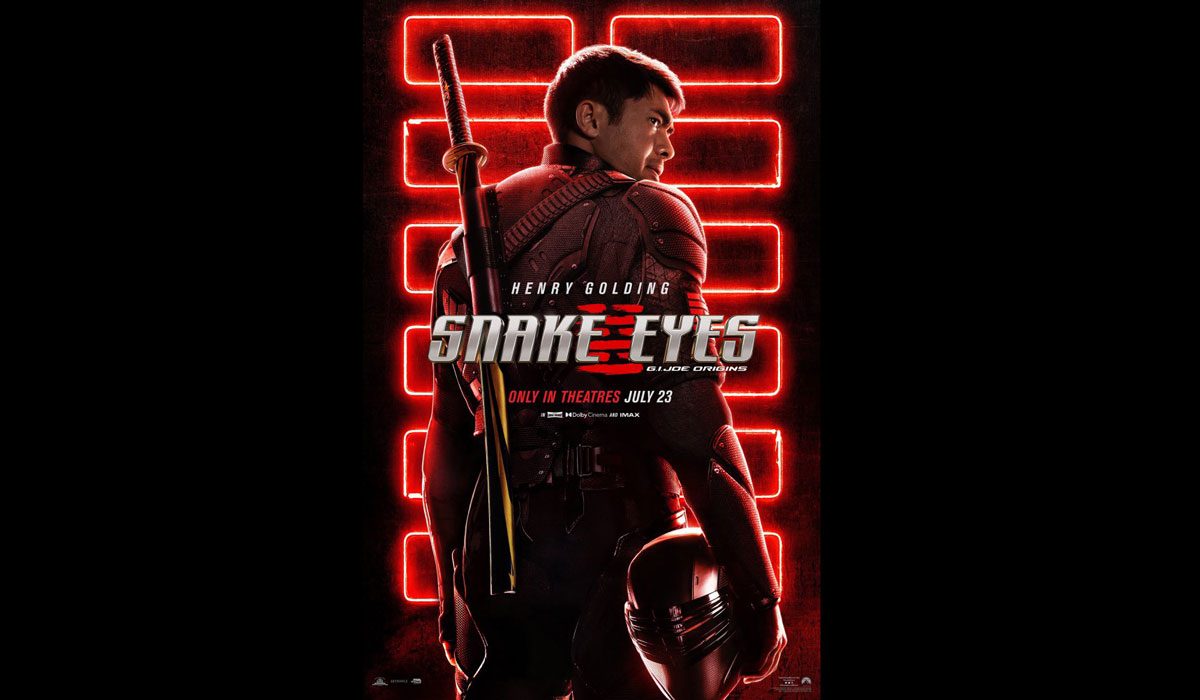 The G.I.JOE franchise is back after 8 years, but with an origin story this time. Yes, one of the most bad-ass and beloved characters of the lot, Snake Eyes is getting his own movie as a spin-off and after seeing the first look and the motion poster of the film, we have kind of a mixed feeling.

The official social media page of G.I.JOE just shared the first motion poster of Snake Eyes aka Snake Eyes: G.I. Joe Origins earlier today where we can clearly see the Ninja warrior standing tall with his face exposed. Now, as we know, in the storyline of G.I.JOE, Snake Eyes is one of the most mysterious characters who does speak or show his face ever. He has taken a vow of silence as shown in the first G.I.JOE movie and he keeps his face covered always. But with the first look, we can throw that concept out the window and just wait for the trailer to release to understand how the makers are approaching the character’s origin story without the actual origin story or the appearance. The trailer is scheduled to be released on Sunday, 16th May as confirmed by the makers.

None of the previous actors are returning to reprise any of their roles from the previous two movies. Instead, Snake Eyes will have a whole new roster of cast leading with Henry Golding as the titular Snake Eyes who’s replacing Ray Park as the character from previous two movies along with Andrew Koji as Storm Shadow, Úrsula Corberó as The Baroness, Samara Weaving as Scarlett, Haruka Abe as Akiko, Tahehiro Hira as Kenta, and Iko Uwais as Hard Master. The film will be directed by Robert Schwentke with Metro-Goldwyn-Mayer, Skydance Media, Di Bonaventura Pictures and New Republic Pictures at his back as the production houses. Paramount Pictures will be the distribution partner just like the last two films of the franchise.

Now, though Snake Eyes is scheduled for release on July 23, 2021 but we will eagerly be waiting for the trailer to be dropped so that we could decipher the character’s journey a bit more.

Do check out the first motion poster of Snake Eyes here:

A legendary warrior. His epic origin story. 🐍 See @HenryGolding premiere the @SnakeEyesMovie TRAILER on the @MTVAwards this Sunday, May 16 at 9pm! #SnakeEyes pic.twitter.com/9KQSvUvgJe