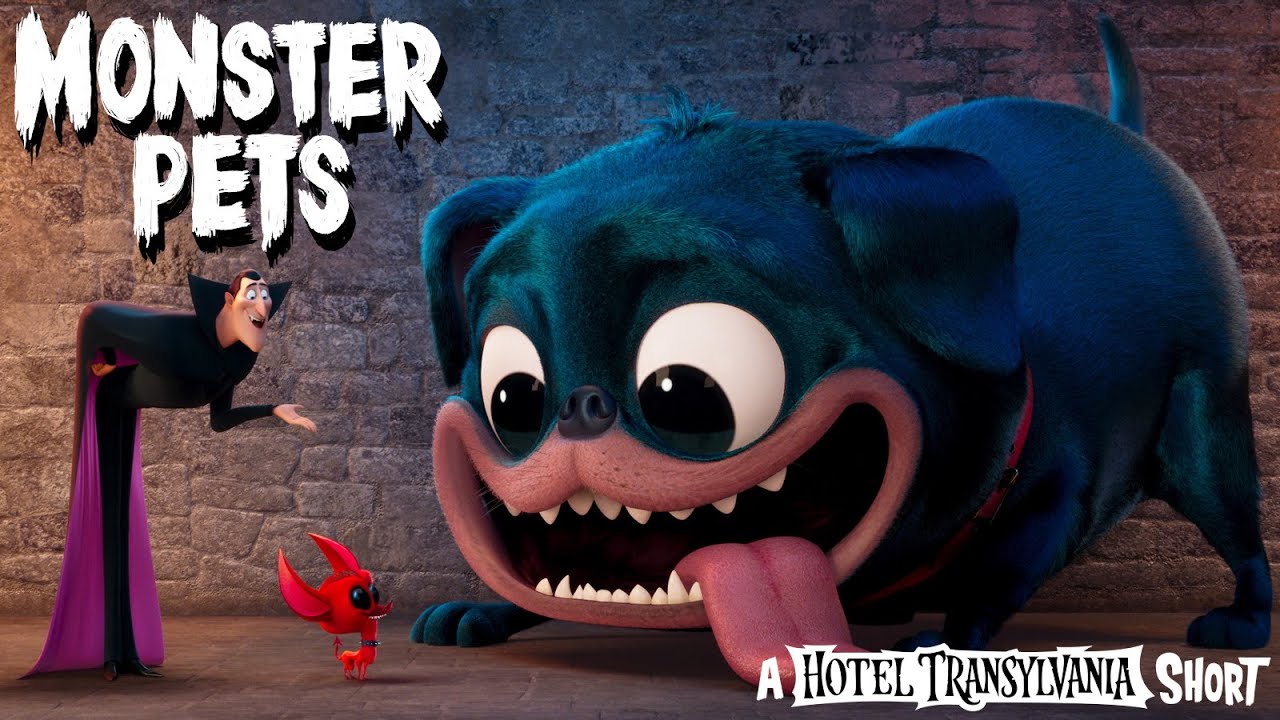 The Drac Pack is back!! This time with his giant pet puppy Tinkles and on a hunt for a new pet-companion for him.

This approximately 6 minutes long ‘short film Monster Pets’ revolves around Drac & Tinkles. Tinkles is extremely sad and exhausted, not able to find a play-mate. Drac comes up with new ghostly & innovative pets who can be the pals for Tinkles, but nothing works out. Eventually, everything goes haywire when Tinkles finally finds a monster cat to accompany him.

As director-duo Kluska and Drymon said, “What happens when your Golden Retriever is 5 stories tall? Or your Chihuahua breathes fire? Being able to introduce an all-new group of characters in Monster Pets who are just as funny and weird as the Drac Pack was an absolute blast. We hope audiences enjoy the short, and look forward to seeing the monster pets make an appearance in the upcoming Hotel Transylvania: Transformania!”

Kluska and Drymon are set to return as directors for the fourth installment of the Transylvania series. The next film is scheduled for release on July 23, 2021. Adam Sandler, Andy Samberg and Selena Gomez are expected to reprise their roles as Dracula, Johnny and Mavis, respectively.

Hopefully, this is an indication that we have an official trailer coming our way pretty soon. But for now, we encourage you to celebrate Pet’s Day by watching this short and sweet animated film. We bet, this will relax and refresh you a lot with all the pet-love.

You can check out the Monster Pets short here: