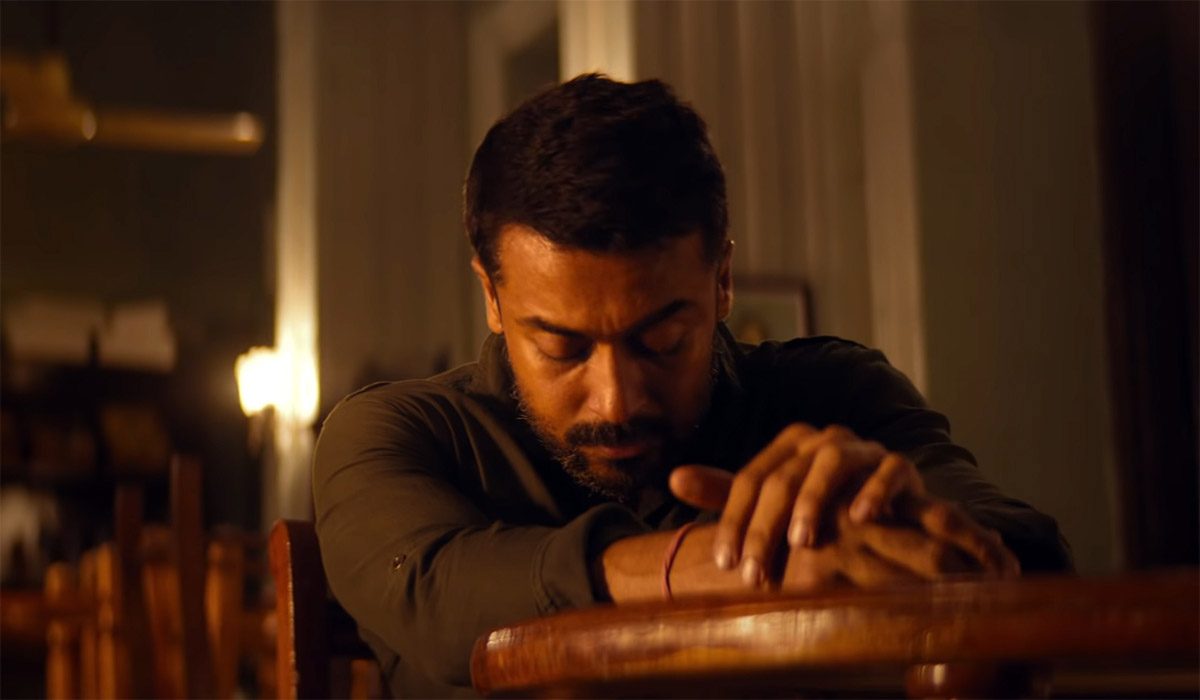 Soorarai Pottru has been the talk of the town since it’s the announcement for OTT release for one or the other reason. Firstly it was a shocker for the fans, secondly, producers decided to put a ban on future releases of Suriya due to him going for an OTT release.

While the movie was scheduled to release on 30th October 2020, people were wondering so as to why the makers haven’t released an official trailer for the film yet. Moreover, no update regarding the same was given by Amazon Prime Video as well. This started to worry the fans as no update for the film meant something was going on and it seems that their worst fears have come true.

Suriya himself took on Twitter to share his thoughts and in the process updated the netizens about his movie.

Firstly he thanked all the fans for being patient with the journey of the film and put forward the fact that the fans deserved to know the truth about the film.

He further said that ‘Soorarai Pottru’ was bound to had challenges on their way to shooting, although he felt great as there were people involved from various places, different cultures, and various skill sets, all working hard for creating the world of Maara. Suriya stated that due to the film is based on the life of Air Deccan Founder GR Gopinath and is set in the aviation industry, they are continuously trying to get various permissions and NOCs from the officials and some of them are still pending.

This is due to the controversy initiated after the release of Gunjan Saxena where the IAF decided not to pass any films before thoroughly dissecting the scenes which feature IAF. Hence the makers of Soorarai Pottru have to convince the IAF, that nothing wrong is being shown by them and then only they will be getting clearance from them.

It seems that this will be taking the time and hence Suriya has hinted towards a possible delay of the film as he clarified that “the film’s release will now be a little longer than anticipated”.

To make things light, Suriya told his well-wishers to not be disappointed and shared an official song from the movie, which he called ‘The Friendship Song’.

No future dates have been announced as of yet, but Suriya stated that they will be back with trailers and other stuff regarding the film soon enough.