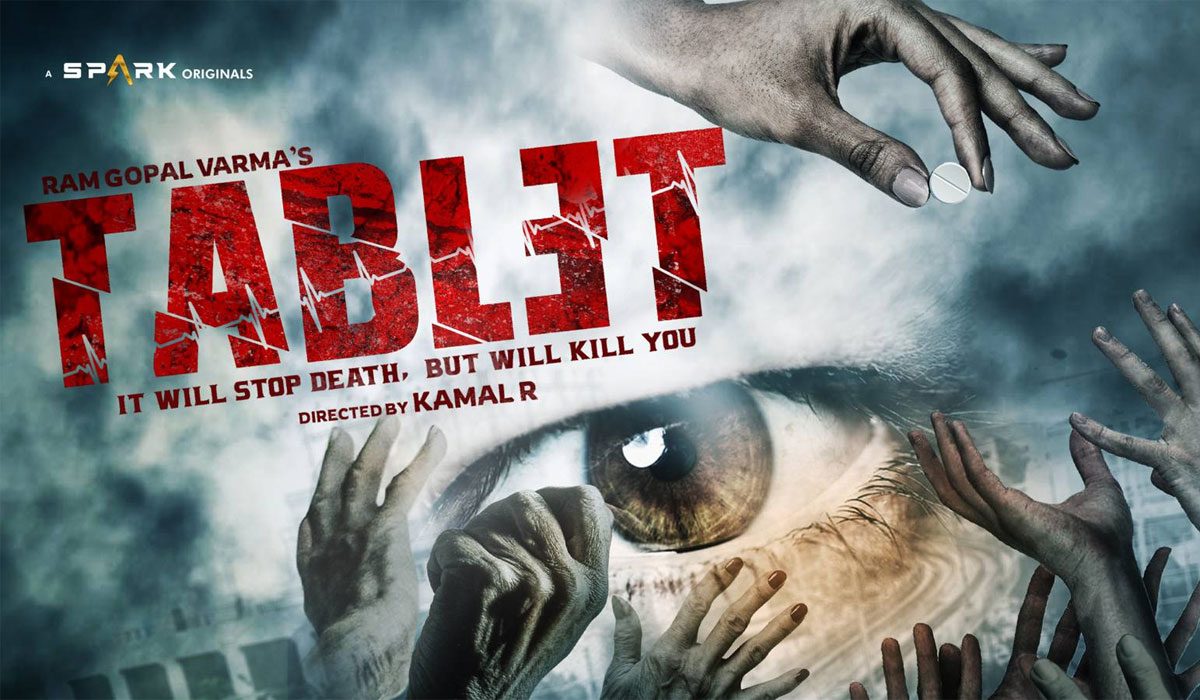 On the heels of announcing the launch of the OTT platform Spark OTT and his foray into the online streaming world with his directorial crime film ‘D Company’, filmmaker Ram Gopal Varma recently apprised about another interesting film to be released on the platform.

The film’s name is ‘Tablet’ and it ostensibly revolves around the invention of a miracle drug that stops the process of aging and subsequently prevents death. The drug which seems to be a boon for mankind, on the contrary, proves to be the biggest curse.

Directed by Kamal R, ‘Tablet’ apparently explores the fascinating concept of immortality. If we ignore fantasy content of the likes of ‘Star Trek’ and superhero genre films like ‘Deadpool’, ‘Hancock’, ‘Superman’, ‘X-Men’, etc., the subject of immortality has surprisingly eluded realistic depiction by mainstream filmmakers, barring a few films.

The closest film that crossed our mind was the 2007 low-budget sci-fi mystery film ‘The Man from Earth’. The film revolved around a farewell get-together organized in the retiring professor’s house. The film takes an interesting turn when the professor reveals during the farewell party that he is a 14000-year-old prehistoric caveman, who had stopped aging a long time ago. Whether the professor is speaking the truth or is it just friendly banter, forms the film’s underlying premise.

The film was unanimously praised for its engaging screenplay and soon became a film festival darling. A sequel to the film came out in the year 2017, however, it was unable to garner similar critical acclaim as the first film.

Furthermore, some other films which were made on the subject of immortality were Robert Zemeckis’ black comedy ‘Death Becomes Her’ (starring Bruce Willis, Meryl Streep, and Goldie Hawn), and the more recent action flick ‘The Old Guard’ (starring Charlize Theron).

However, the idea of formulating a miracle drug (albeit without immortality) was beautifully tackled in Bradley Cooper’s 2011 film ‘Limitless’. The film follows a down on luck writer, who is given the golden chance to fully use his brain, which eventually transforms him into a genius mastermind.

Besides, a black comedy Indian web series called ‘Afsos’ starring Gulshan Devaiah and directed by Anubhuti Kashyap also revolved around the protagonist’s inability to die. You can watch the show on the Amazon Prime Video streaming platform.

It would be interesting to see how Spark OTT‘s ‘Tablet’ has executed the theme of immortality in the film.