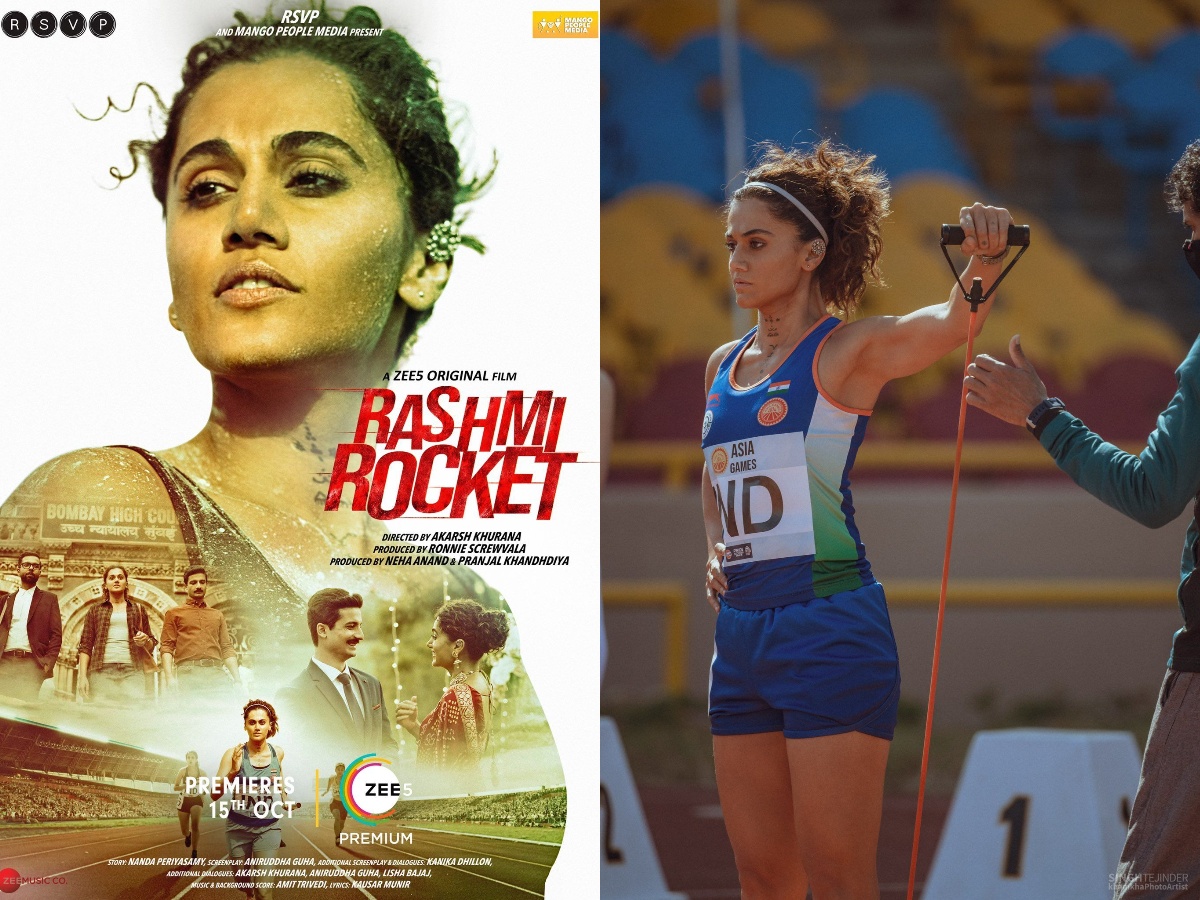 With Taapsee Pannu starrer ‘Rashmi Rocket’ just a few days away from its OTT release, we wonder if she has anything left to do on her list. The talented actress has done it all even in the sports category, be it films on Hockey, Cricket or now Athletics. She has reached a stage where her films become the talk of the town right upon the first announcement, the case being even with her latest sports drama, ‘Rashmi Rocket‘, that’s all set to premiere on streaming platform Zee5 on the 15th of October, for the occasion of Dussehra. However, the lack of aggressive promotion for the film is what is shocking.

Written by Nanda Periyasamy, Aniruddha Guha and Kanika Dhillon and directed by Akarsh Khurana, ‘Rashmi Rocket’ is a unique film that deals with the practice of gender testing that female athletes go through. A tribute to sportswomen, the film also stars Supriya Pathak, Abhishek Banerjee, Priyanshu Painyuli and Supriya Pilgaonkar in important roles. Such a strong subject requires that much promotion to create buzz, though surprisingly there is hardly any hype surrounding the film on social media. The film is Zee5’s answer to other big OTT Dussehra releases, like Amazon Prime Video’s ‘Sardar Udham’ and Disney+Hotstar’s ‘Sanak’. In fact, despite ‘Sanak’ not having as big a lead actor, it is still seen catching more attention.

Produced by Ronnie Screwvala, Neha Anand and Pranjal Khandhdiya, ‘Rashmi Rocket’ is a story that deserves to be told, but streaming platform Zee5‘s slack attitude may cost the film dearly. Apart from some generic interviews by leading lady Taapsee, there is hardly any buzz for the film. We are strangely reminded of a similar incident that took place recently, before the release of Kangana Ranaut’s ambitious ‘Thalaivii’, when the makers suddenly began promotions in full swing post backlash from netizens about their lackadaisical approach. Well, here’s hoping the makers of ‘Rashmi Rocket’ pull up their socks and the next few days see some good marketing strategies or promotional activities to generate the necessary buzz.