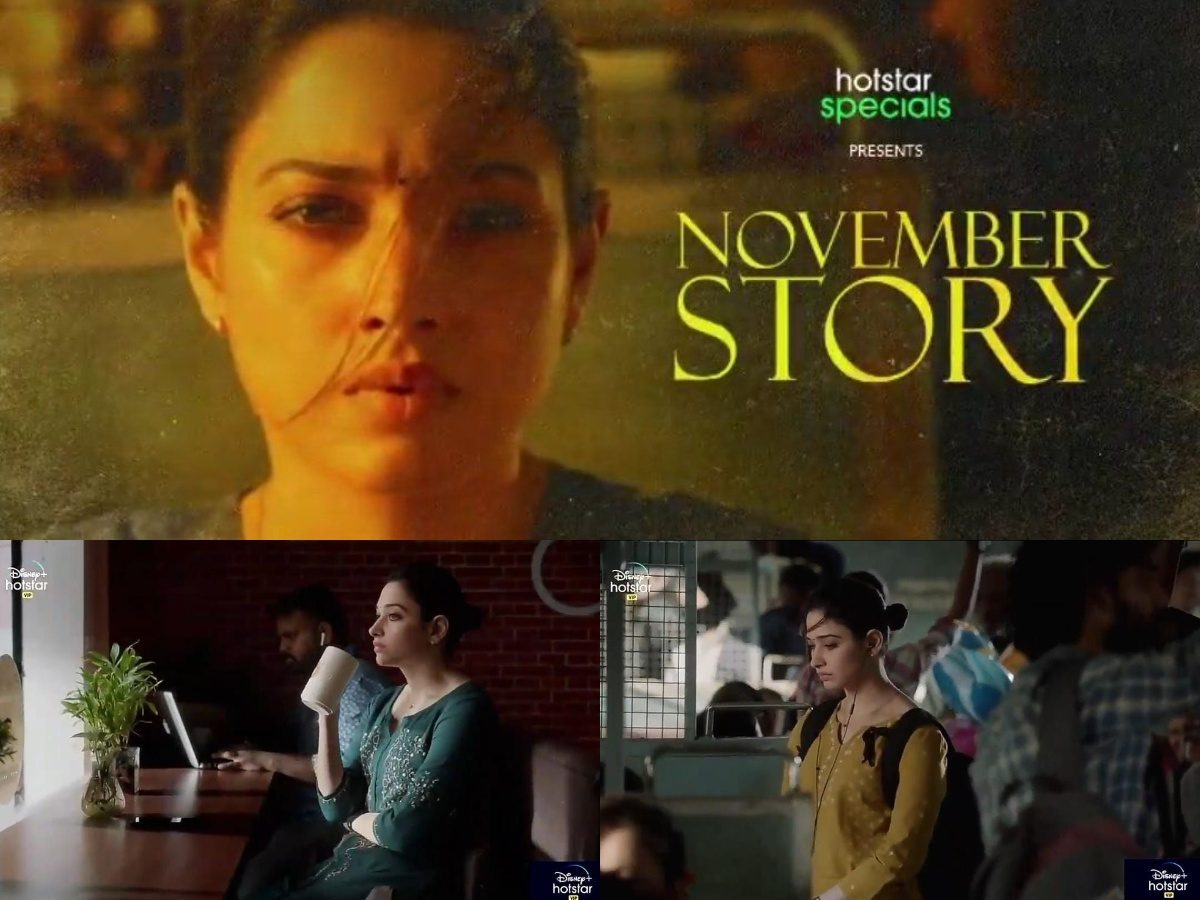 Milky Beauty Tamannah is one of the most popular heroines down the South. The actress is now all set for her digital debut. Leading OTT Major, Disney+Hotstar announced it a little while ago. The Web Series has been titled ‘The November Story’. The First Look Poster has been unveiled to mark the official announcement.

The Web Series is being directed by Ram Subramanian, an associate of Ratsasan fame Ram Kumar. This marks his directional debut. The actress will be seen as a daughter trying to salvage the reputation of her criminal father. Tamil Actor GM Kumar is playing the role of her father.

The actress has taken the conscious decision to foray into Digital media when offers are on a decline for her in films. She is also making sure that she picked interesting content and characters going by the first look poster. A few days ago, there were rumors that she is doing a talk show for another OTT platform, AHA. But there is no official confirmation about that. Tamannah has been infected by the Coronavirus recently and has recovered. The actress will be back to work very soon. She recently signed the character of Tabu in the Telugu remake of the Hindi crime thriller Andhadhun.