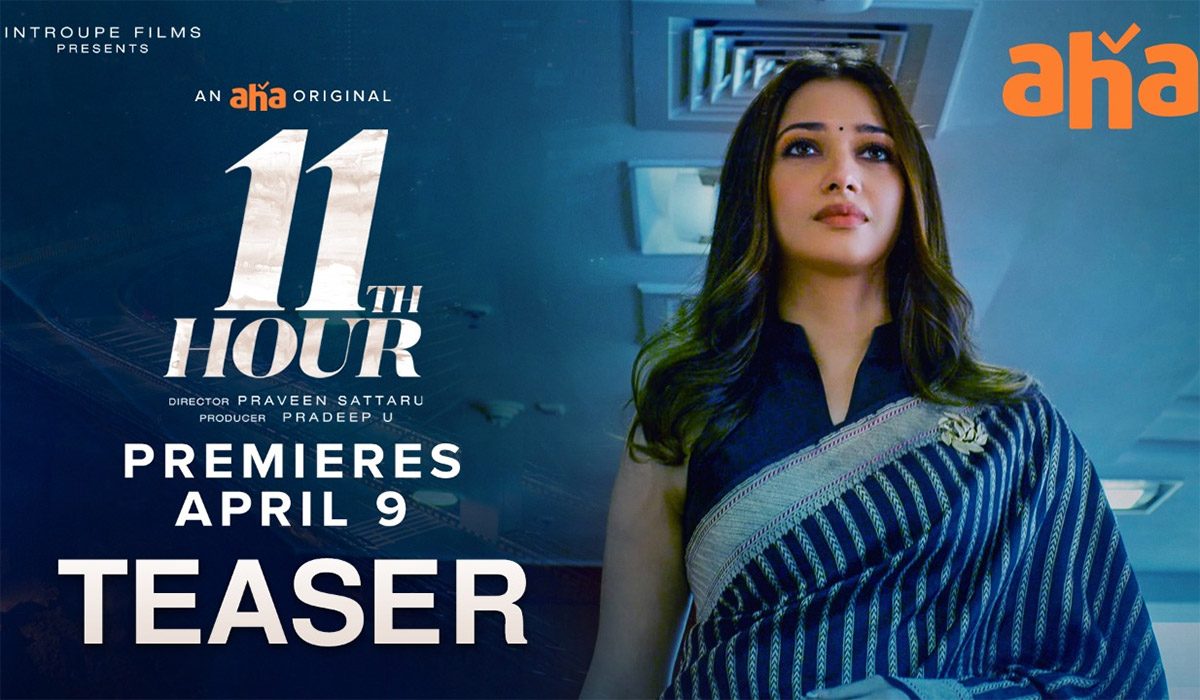 Milky Beauty Tamannah‘s Digital Debut, 11th Hour is all set to stream on April 9th. It is an exclusive of Aha Video, the 100% Telugu Exclusive OTT Platform. The teaser of the web series is out and it promises to be an interesting corporate drama.

Tamannah plays Aratrika Reddy who is up against a male-dominated system to save her father’s business empire. The plot is pretty much evident as it says she will be taking on the deceitful world fighting against enemies, family, friends, and even time.

Time because she just has one night to save the business. Tamannah gets a character that should portray mixed emotions. She looks weak at the start but grows determined to stand against everything. The success of the web series will depend on how the transformation from the helpless to the determined takes place. She looks elegant as a businesswoman. It’s good to see she has chosen a difficult role for her Digital Debut. All in all, the 11th Hour teaser looks promising and sets the right expectations.

The web series is based on a Telugu novel, 8 Hours written by Upendra Namburi. Critically appreciated Telugu director, Praveen Sattaru is directing it. Pradeep U is bankrolling the web series on his Introupe Films Banner.