Home News Tamil vs Telugu vs Malayalam – Who Is Leading the Direct-To-OTT Race? 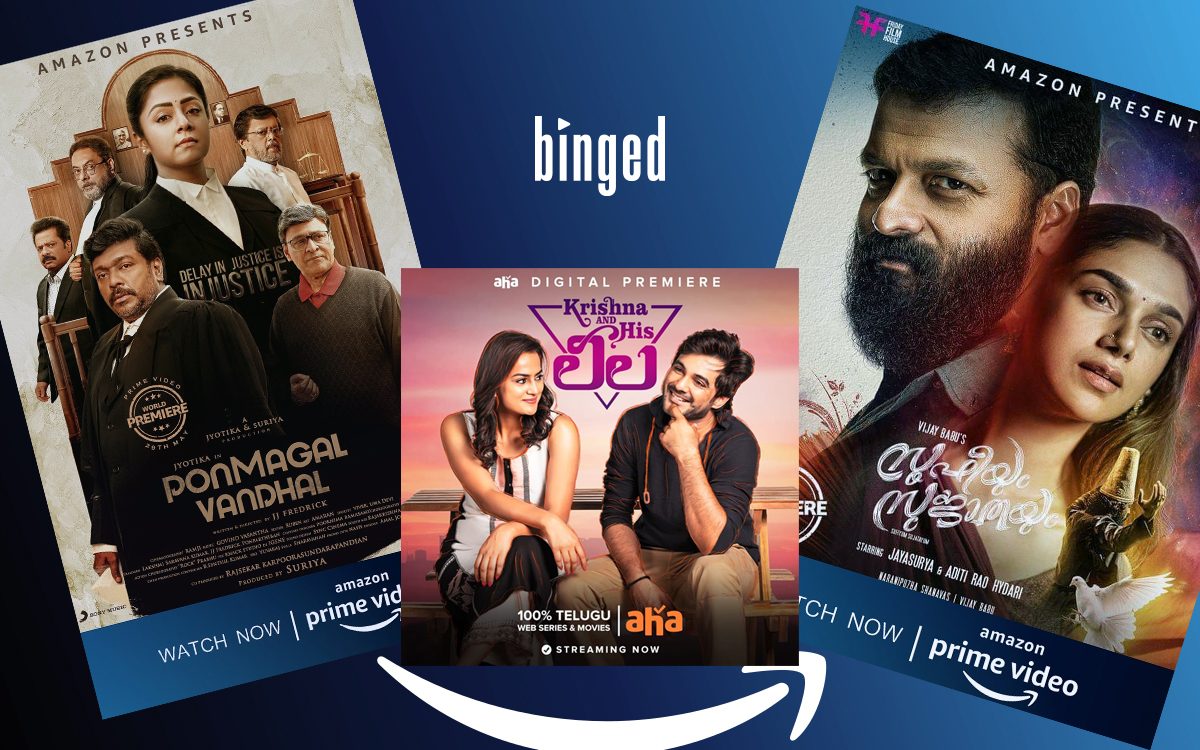 With no idea about when the theatres will re-open filmmakers and producers are taking the bold but reasonable decision of releasing their films on OTT platforms. Not only bollywood but regional movies too are making it direct-to-digital. Whether it’s Tamil, Telugu or Malayalam, all have marked their presence on various platforms. While some have fared well, it’s not the case with all of them. With no box office collection to gauge the success of the film and the streaming platforms not providing any details, the only parameter left for finding out their performance is the reviews from the viewers.

So far two Telugu films (Krishna and His Leela on Netflix and Bhanumathi & Ramakrishna on Aha Video), two Tamil films (Ponmagal Vandhal and Penguin, both on Amazon Prime) and one Malayalam film ( Sufiyum Sujatayum on Amazon Prime) have had direct release on OTT platforms. Encouraged by them many more are slated for direct-to-OTT in each language category.

The Tamil movies, Panmagal Vandhal and Penguin were promoted widely before their release on Amazon Prime Video. A good buzz was made on various social medias, making people curious and eager to watch the films. This all led to raised expectations which the films eventually failed to meet. While Jyothika starrer Pongamal Vandhal got a strictly average talk, Penguin bombed big time with only saving grace being the lead actor Keerthy Suresh.

Talking about Telugu movies on OTT, both Krishna and His Leela on Netflix and Bhanumathi & Ramakrishna on Aha Video had zero pre-release buzz. But these movies are making quite some noise on social media with positive reviews pouring in from various corners. Both films have relatively small or unknown stars in the lead roles who have played their roles brilliantly. The films have nothing extraordinary going on just simple fun plots with neat writing and good casting, that seems to have worked in their favor pretty well.

Sufiyum Sujatayum on Amazon Prime is the first ever Malayalam film to be released on an OTT platform. The film initially opened with average reviews but has failed to impress many. Neither the story nor the characters have the much needed depth. Though the film has failed to meet expectations, the word of mouth is a lot better than the Tamil direct releases.

Leaving bollywood aside, the direct-to-digital race among the regional languages seems to be going well for Telugu films so far. With zero buzz compared to other vernaculars they are ahead in the game and winning, up until now. This also makes it clear that huge marketing stunts will not make up for the core of the films that is a good story. But the race is still a long way to the finish line and there’s a lot to catch up. With many more lined up for their OTT release, it will be tough competition for these regional films to stand about and deliver.Follow us on Google News