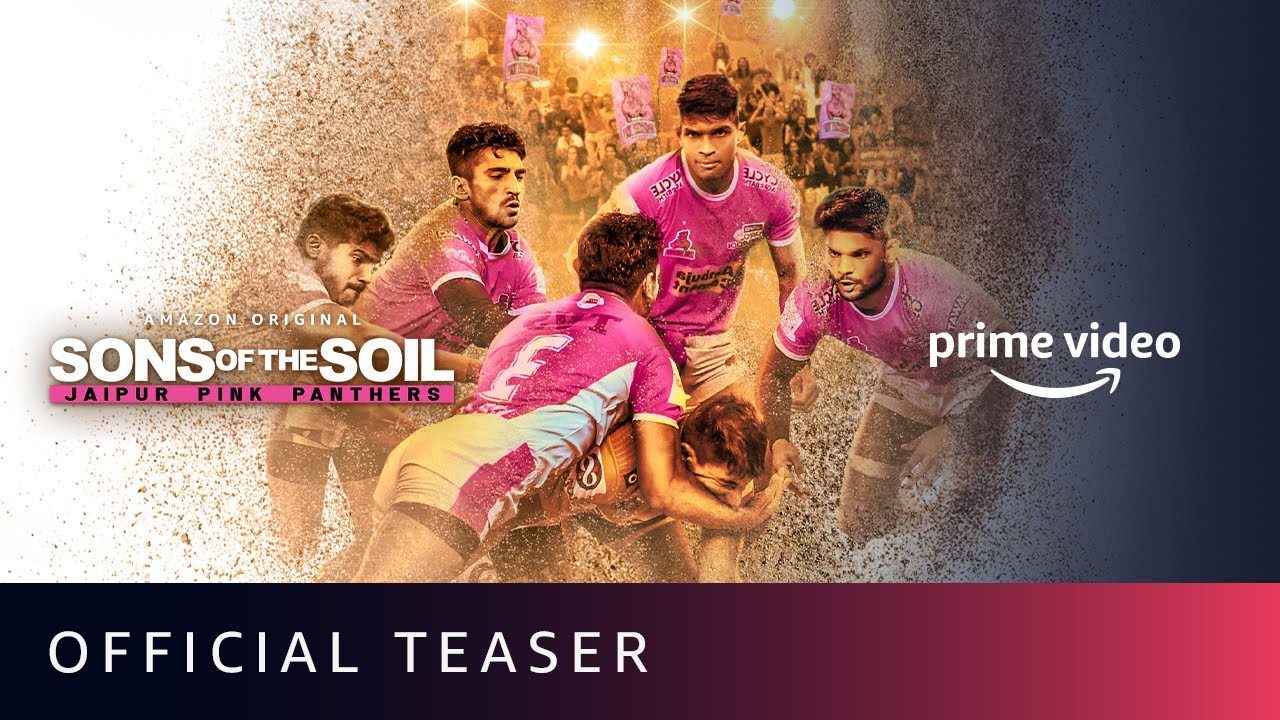 While cricket is in the blood of almost every Indian, kabaddi wasn’t that popular and considered just a school sport. But kabaddi is much more than that and it was Pro Kabaddi League that attracted people towards the sport with its new, advanced and world class format.

It was Abhishek Bachchan’s ‘Jaipur Pink Panthers’ that became the champion of the first ever Pro Kabaddi League. The amazon original docuseries ‘Sons Of The Soil’ captures behind the scene journey of the team and as per Prime Video “talks about the struggles, pain and the ultimate journey towards success.”

From rigorous training sessions, intensive practice matches, journey of the players, their motivation mantra and team spirit to capturing the nervousness and tension prior to a match, this sports documentary will show it all.

The teaser video released for Amazon’s ‘Sons Of The Soil’ begins with the statement, “Life is a journey, not a destination.” In the video one can see Abhishek Bachchan telling how he likes to celebrate a victory and doesn’t really like losing. He is later seen pep talking to the players just before the match and encouraging them to go for the win. We also get a glimpse of Mr. Amitabh Bachchan in the teaser.

Directed by Alex Gale and Omkar Potdar, ‘Sons Of The Soil’ is an Amazon Original that has been made in association with the BBC Studios. It will feature Abhishek Bachchan, Bunty Walia, Deepak Niwas Hooda, Srinivas Reddy, Nilesh Salunke, Amit Hooda, Sandeep Dhull, Deepak Narwal and Nitin Rawal among others.

An Amazon Original series, ‘Sons Of The Soil’ will premiere only on Amazon Prime Video on 4th December, 2020.