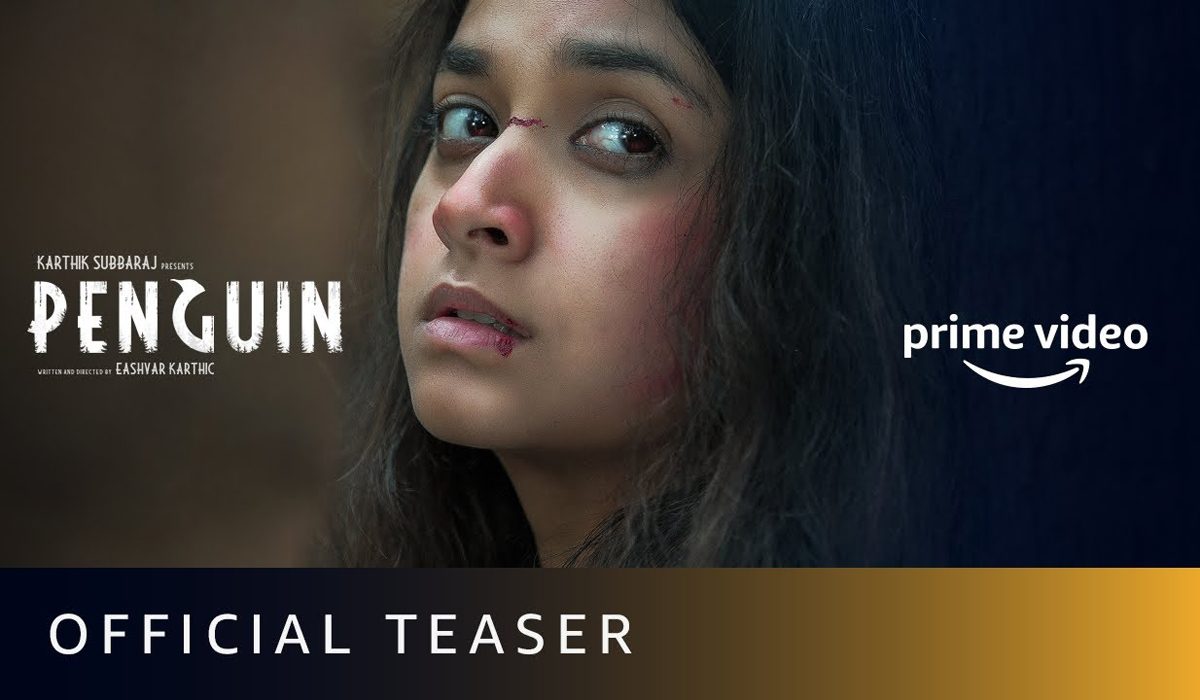 Amazon Prime Video has just released the teaser for the much-awaited suspense thriller movie, Penguin. The teaser is tense, taut and holds the viewer on edge throughout its one and a half minute run time. It leaves you fascinated and hungry for more, and you simply can’t wait to watch the movie.

Penguin is one of the first few mainstream movies to opt for a straight to digital release, bypassing theatres and premiering on Amazon Prime Video instead.

The teaser shows Keerthy Suresh as a pregnant woman whose son goes missing, leaving her shell-shocked with grief. It cuts to quick montages of deep, dark and sinister-looking woods, with a Charlie Chaplin-meets-It like character, lost in maniacal and solitary play within those woods. The character is creepy and will remind one of their worst nightmares as a kid.

The teaser superbly sets up the premise of the movie, amping up viewers’ interest in Penguin. This is just the teaser, intriguing though it is, and the streamer will drop a longer, more detailed trailer for Penguin on the 11th of June.

Meanwhile, Amazon Prime Video employed an interesting marketing concept for the release of the teaser – since Penguin will stream in both Tamil and Telugu, a dubbed version will be available in Malayalam, and English subtitles for pan-India viewers, the teaser was launched by varied actresses according to the multi-lingual nature of the movie.

Also, since it is a women-centric movie, top actresses of various film industries were chosen to launch the teaser. Samantha Prabhu launched the Telugu version of the teaser, Trisha launched the Tamil version, Manju Warrier launched the Malayalam-dubbed version and Tapsee Pannu launched the Hindi version.

Penguin stars Keerthy Suresh in the central character. It has been produced by Karthik Subbaraj, and written and directed by Eashvar Karthic. It releases on the Amazon Prime Video on 19th June.

Have a look at the Penguin teaser here –