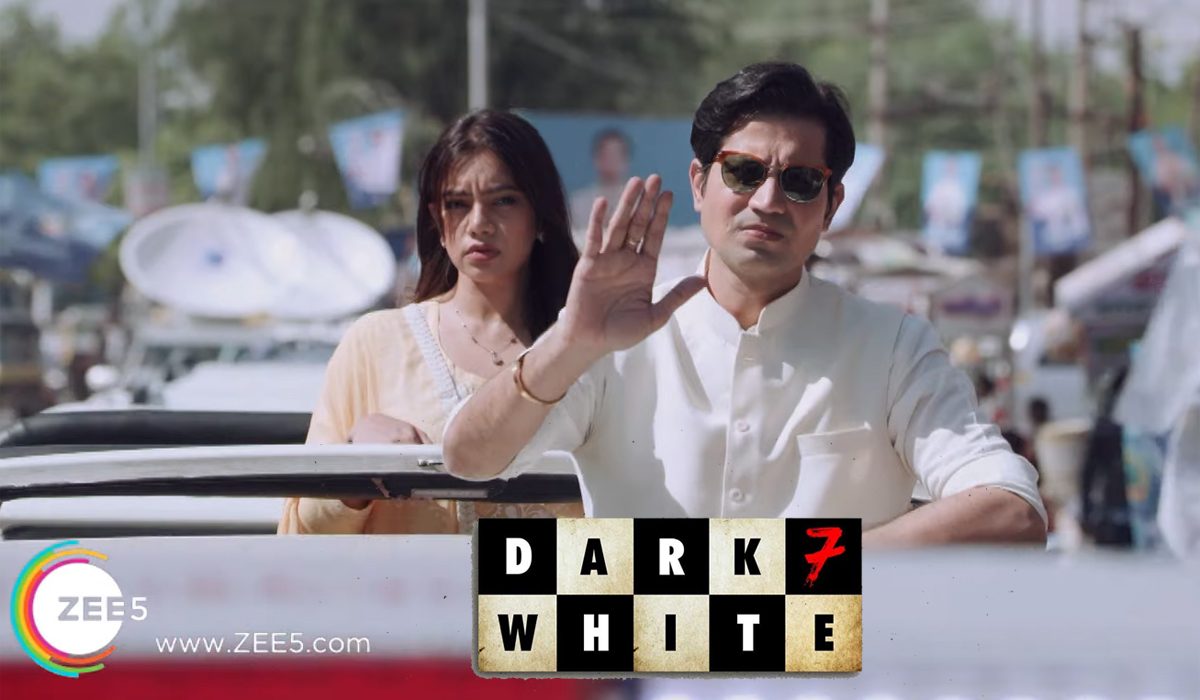 Zee5 dropped the teaser of its upcoming crime thriller series ‘Dark 7 White’ giving a brief insight about the show’s theme – a gripping political murder mystery. The show that is directed by Sattwik Mohanty will launch on Zee5 on 24th November, 2020.

Dark 7 White‘s teaser video starts with a political rally taking place, where Yudhveer Singh (Sumeet Vyas), the new Chief Minister, accompanied by Daisy (Nidhi Singh) is standing and waving to public from an open jeep. In the background he narrates in a quirky way how real power is not in money and legacy but in politics.

He goes on to say that whatever he has learnt is from his mother’s womb otherwise he would have been dead by now. But wait, he actually dies and mocks his previous statement about being dead. The high-profile case of CM’s murder, yes murder since there are no accidents in politics, is being handled by DCP Abhimanyu (Jati Sarna).

The investigation leads to Yudhveer’s college friends and the dark secrets they have been hiding. The seven prime suspects included in the cop’s list are – Neetu, Kush, Greshma, Yogesh, Shamsher, Dhaval and Shashank Dutta. Towards the end we see a lady, probably CM’s mother, who indicates that she knows who might have done it.

The rest of Dark 7 White’s teaser is a glimpse into the intense drama that will ensue in the series. The show looks pretty intense and mysterious and the quest to find the CM’s killer is not going to be an easy one for the DCP.