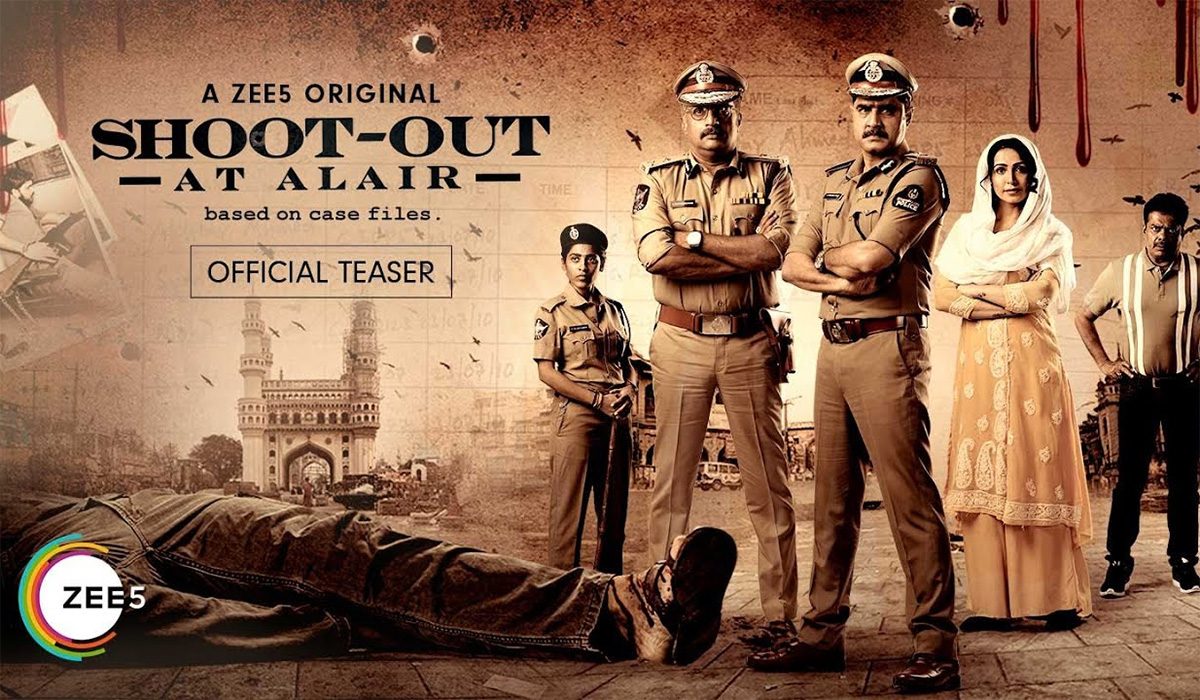 Megastar Chiranjeevi’s Daughter, Sushmitha is turning into a producer. She is producing her maiden web-series titled Shootout at Alair on their Gold Box Entertainments along with her husband, Vishnu Prasad. Anand Ranga is directing this Web-Series which is based on true events involving a cop and criminals. Rumors are that it is based on the alleged Fake encounter of Terrorist Vikaruddin.

The Web Series will be premiered on Zee5 – the Digital Arm of Zee Network on December 25th as a Christmas Special. The makers have started their promotions with the release of the film’s first look teaser. The teaser does not give us an impression of the story but is stuffed with some of the shots in the series.

It is evident that it is a story in the backdrop of Terrorism and a Police Operation with Srikanth and Prakash Raj playing the cops. It looks like in the wake of recent political controversy, the makers chose not to go into the story. The web series is shot in the backdrop of Hyderabad’s Old City and seems to be a tale of blood, arson, and bullets as evident from the visuals. Zee5 will captive the audience with a realistic portrayal if the story is gripping and the execution is engaging.