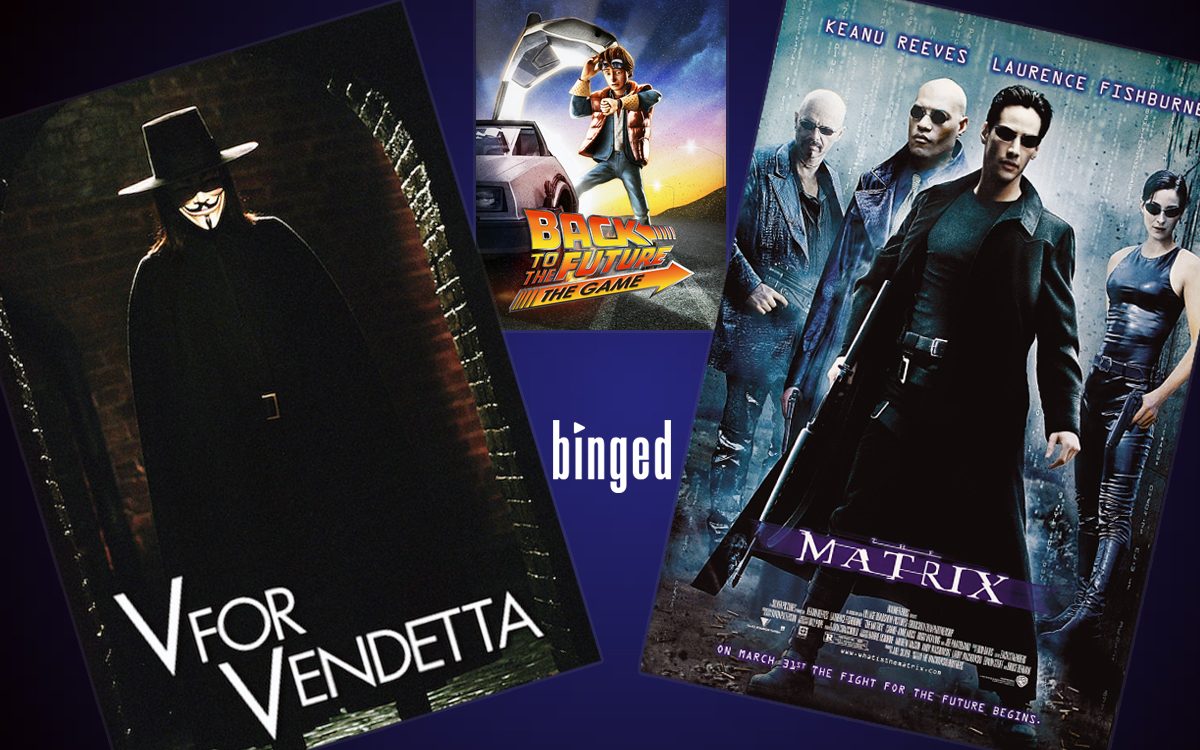 The most difficult task is to choose from numerous shows and movies available and we spend hours doing this. We, at Binged, understand your problem and we’re trying to make it easy for you. Here’s a list of best Sci-Fi (science fiction) movies currently streaming on Netflix India. Names along with the description provided by Netflix are given below (The movies are in no particular order)-

1) The Matrix: A computer hacker learns that what most people perceive as reality is actually a simulation created by machines, and joins a rebellion to break free.
Starring Keanu Reeves, Laurence Fishburne, Carrie-Anne Moss.

2) Back To The Future: Eccentric inventor Doc Brown turns a DeLorean into a time machine that inadvertently sends his young friend, Marty McFly, 30 years into the past.
Starring Michael J. Fox, Christopher Lloyd, Lea Thompson.

3) Her: In a Los Angeles of the slight future, a lonely writer develops a relationship with “Samantha,” an insightful and sensitive artificial entity.
Starring Joaquin Phoenix, Scarlett Johansson, Amy Adams.

4) Okja: A gentle giant and the girl who raised her are caught in the crossfire between animal activism, corporate greed, and scientific ethics.
Starting Tilda Swinton, Jake Gyllenhaal, An Seo Hyun.

5) Gravity: When debris destroys their shuttle, a medical engineer and a seasoned astronaut find themselves floating through space, with no connection to Earth.
Starring Sandra Bullock, George Clooney, Ed Harris.

6) Advantageous: In order to keep her job at a biomedical engineering firm that prizes youth, a middle-aged woman must submit to a drastic experimental procedure.
Starring Jacqueline Kim, James Urbaniak, Freya Adams.

7) Spectral: When an otherworldly force wreaks havoc on a war-torn European city, an engineer teams up with an elite Special Ops unit to stop it.
Starring James Badge Dale, Emily Mortimer, Bruce Greenwood.

8) ARQ: Trapped in a lab and stuck in a time loop, a disoriented couple fends off masked raiders while harboring a new energy source that could save humanity.
Starring Robbie Amell, Rachael Taylor, Shaun Benson.

9) V for Vendetta: A masked freedom fighter known as “V” takes up arms against a totalitarian government and finds an unlikely ally in a young woman.
Starring Natalie Portman, Hugo Weaving, Stephen Rea.