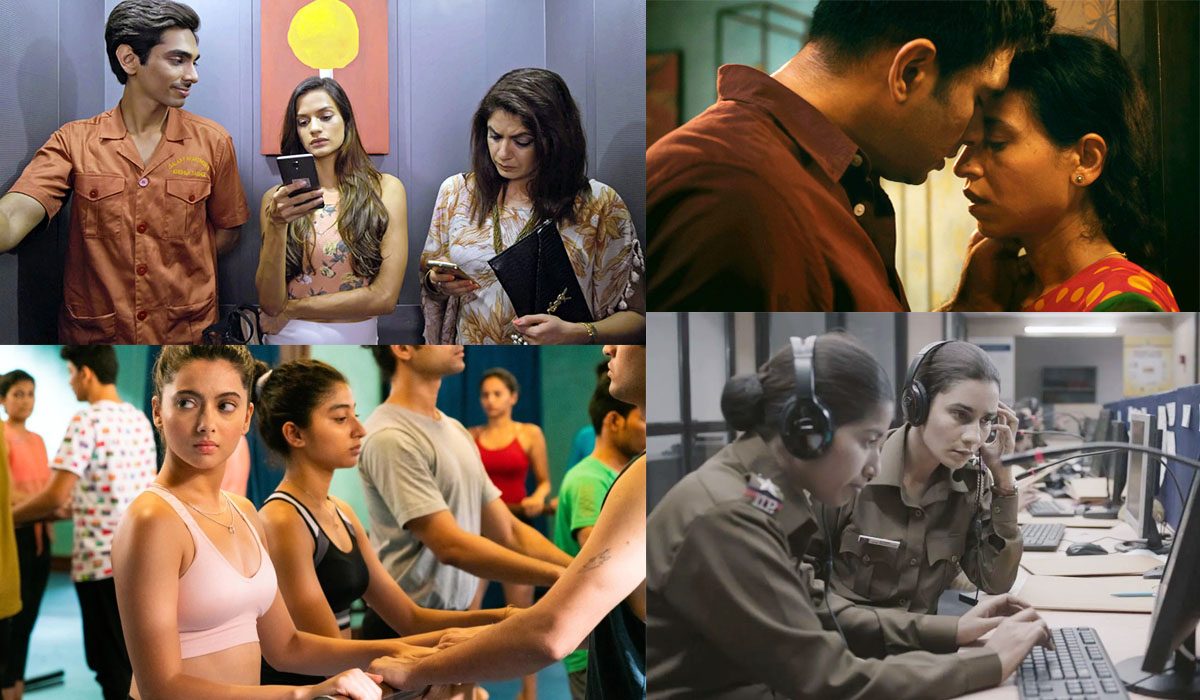 Netflix India has been on an acquisition spree in the last year and a half. While Prime Video India has been intent on grabbing hold of the biggies – Tenet, Wonder Woman 1984, Oscar winning film Another Round, among others, Netflix India is testing a new strategy – picking up small films, but those films that have either made a splash at film festivals, both in India and abroad; and those that have received rave reviews upon release in theatres. We call them as ‘Small’ films that give ‘Big’ satisfaction.

‘Sir, Is Love Enough’ is a sensitive exploration of class divides and society’s restricted mentalities in India. Sir tells the story of the growing love between a domestic help, Ratna (Tillotama Shome), and her employer Ashwin (Vivek Gomber), and whether it can ultimately sustain the class and societal divides in an India where everyone is deeply conscious of their place in life. Written and directed by Rohena Gera.

‘Eeb Allay Ooo’ is ostensibly a film that centres on the thankless jobs of monkey-chasers in Delhi, most of whom are migrant labour. And in the garb of telling the tale of a monkey-chaser (Shardul Bhardwaj), the film launches a scathing commentary on the callousness of city folk who simply treat migrant workers as dispensable commodity. The film, directed by debutant director Pratik Vats, has made waves in the festival circuit.

Axone is the name of a special fermented soya bean paste that is a much loved flavouring in North Eastern cuisine; but its strong, distinct smell is usually abhorred by those not familiar with it. A group of North-Easterners realise the fact with the most hilarious consequences. The film is an eye-opener to the racial prejudice and intolerance prevalent in the rest of the country, for people from the North East. It stars Dolly Ahluwalia, Sayani Gupta, Lin Laishram, Vinay Pathak, among others, and is directed by Nicholas Kharkongor.

‘Ramprasad Ki Tehrvi’ is a humorous, poignant and delectable take on the great Indian family – warts and all. When Bauji (Naseeruddin Shah) passes away, the entire extended family gets together under one roof for 13 days. Those 13 days lay bare their fears, insecurities, politics and dynamics that make up any typical Indian family.

‘Soni’ is a sharp, hard-hitting take on the rising rate of crimes against women, and society’s abominable casting of a blind eye to it. Through the experiences of a young Delhi policewoman, Soni (Geetika Vidya Ohlyan), it shines a spotlight on crimes against women, and the patriarchy and misogyny entrenched into the Indian mindset. The film has been directed by Ivan Iyr, and also stars Saloni Batra.

‘Ahaan’ is a warm, fuzzy film that reinforces the advantages of facing life’s every curveball with positivity and enthusiasm. Rajit Kapoor plays a self-indulgent middle-aged man, who suffers from OCD. The grumpy and grouchy man strikes up an unlikely friendship with Ahaan (Abuli Mamaji), and learns a lesson or two from the teen afflicted with Down’s Syndrome but who is full of life and enthusiastic zest. The film is directed by Nikhil Pherwani, and also stars Arif Zakaria, Niharika Singh, Plabita Borthakur, Kaizaad Kotwal and Sonali Sachdev.

‘Milestone’ follows a truck driver Ghalib (Surinder Vicky) who tries to cope with the tragic death of his wife.The film’s larger picture, however, focuses a distressed economy that encourages hiring of younger, lower-paid workers over veteran employees. Ghalib has built up trust over decades with the knowledge he brings to his work. But it all becomes irrelevant when he is asked by those very superiors to train a young recruit, Pash (Lakshvir Saran) to take his place. Milestone is a highly thought-provoking film, and is directed by Ivan Iyr.

‘Kaamyaab’ is the story of a character actor, Sudheer (Sanjay Mishra) who, disillusioned with the lack of work, decides to quit acting. But an interesting fact about his career – he has done character roles in 499 films – motivates him to do one last film to hit the coveted milestone of completing 500 films, and enact such a performance that will be remembered forever. The film is a heartwarming ode to character actors – the real heart and soul of memorable films. The film is written and directed by Hardik Mehta, and stars Sanjay Mishra, Deepak Dobriyal, Isha Talwar, among others.

‘Yeh Ballet’ is an inspiring and uplifting film that centres on the the true story of two poor Mumbai boys – Manish Chauhan, son of a taxi driver, and Amiruddin Shah, son of a welder, with a passion for ballet dancing. The film depicts how the two boys overcome poverty and pressure from society, religion and family, to make it to prestigious international ballet schools. Julian Sands, of Room With A View fame, plays their mentor. Manish Chauhan, Achintya Bose, Jim Sarbh, Danish Husain and Kalyanee make up the cast in the film that is written and directed by Sooni Taraporevala (Salaam Bombay, The Namesake).

‘The Lift Boy’ may be the smallest film in this list. Even though it has a largely unknown cast, The Lift Boy is an optimistic, feel-good movie about an engineering under-grad struggling to pass his Engineering Drawing exam, his only hurdle in becoming a full-fledged engineer. Raju Tawde (Moin Khan) has to stand-in for his unwell father as the lift man of a posh building. The film centres on the relationship he develops with the building’s owner, Maureen D’Souza (Nyla Masood). The end is particularly moving and poignant, making it an emotionally satisfying watch. Directed by Jonathan Augustin.