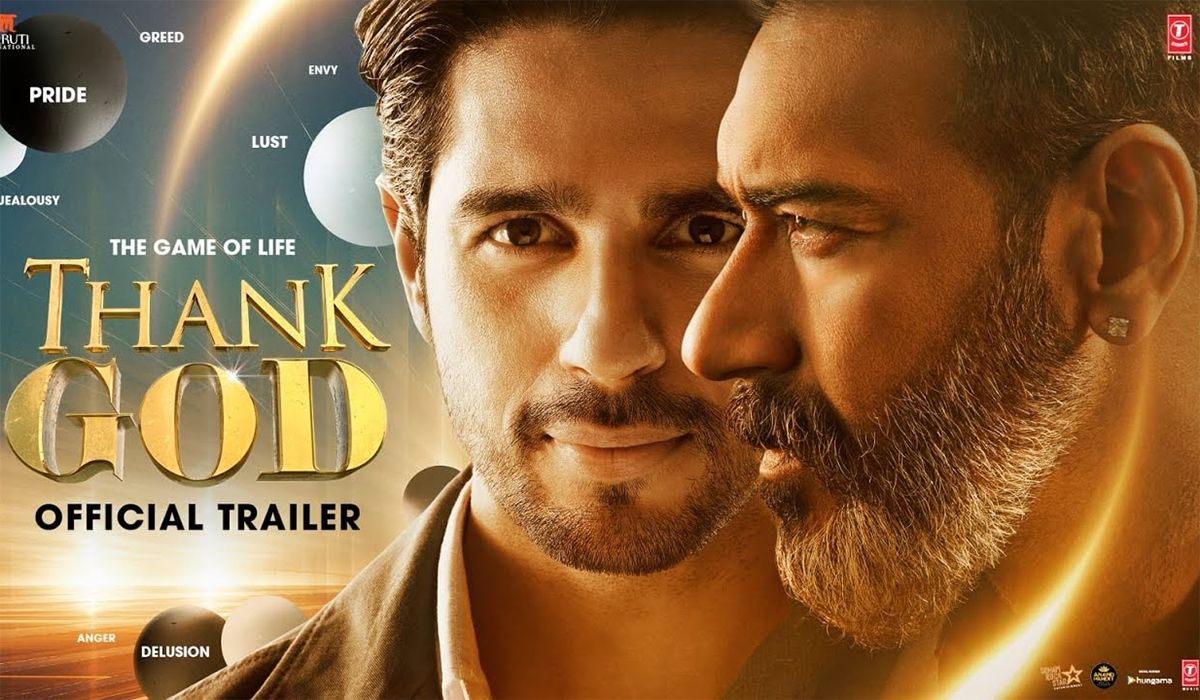 T-Series has dropped the trailer for its upcoming comedy drama ‘Thank God’ and this one will make you think of your own evils. Helmed by Indra Kumar, ‘Thank God’ will release in theatres this Diwali on 25th October, 2022.

‘Thank God’ trailer starts with Siddharth Malhotra driving and talking on phone with his wife when he meets an accident and reaches in Chitragupt’s (Ajay Devgn) court while lying somewhere in between life and death in the hospital on earth.

It’s there that Chitragupt begins to list his evils like excessive anger, jealousy where he is jealous of his own wife (Rakul Preet Singh), delusion as he considers himself something extraordinary while he isn’t and a lot of lust.

It’s after counting all that he has been doing wrong his entire life, Chitragupt offers the man a second chance to either play a game of life according to his rules or burn in hell. Considering the opportunity, will the common man be able to rectify himself or will he rot in hell.

Also, you get to hear the tune of not so long ago social media blockbuster song ‘Manike Mage Hithe’ from Sri Lankan sensation Yohani in the trailer. The trailer also has those Akshay Kumar and Paresh Rawal’s ‘Oh My God’ vibes in some parts.