Home News The Drishyam 2 Effect: A Tsunami Of Sequels Of Hit South Films! 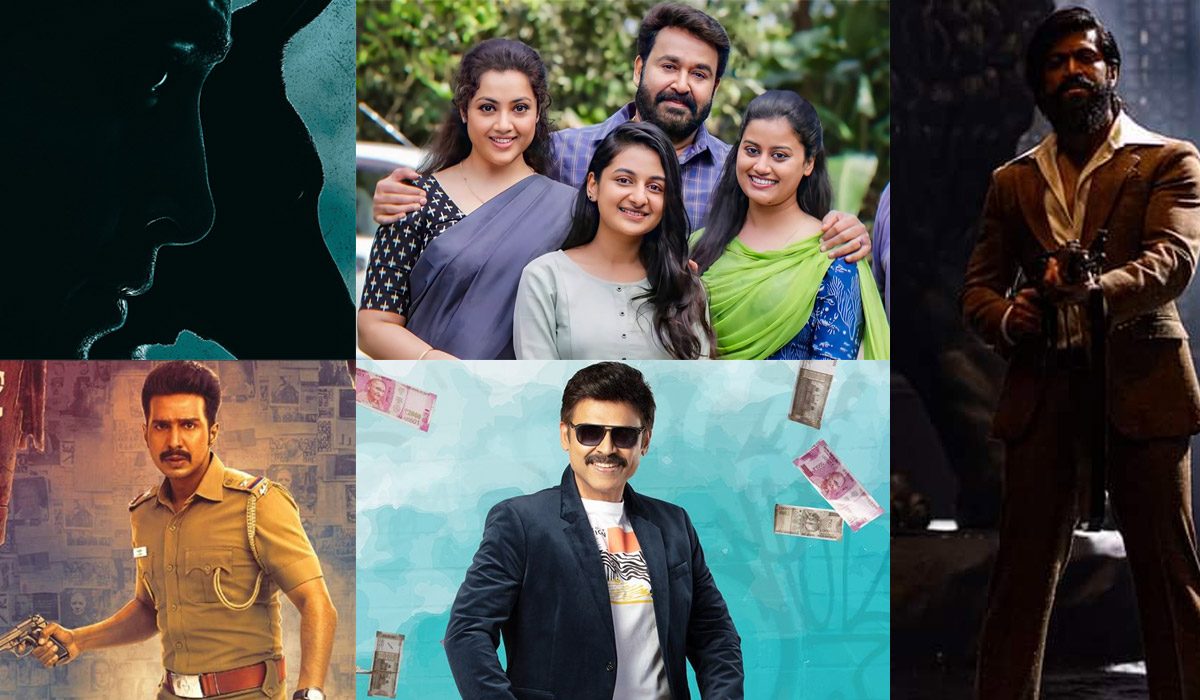 Amazon Prime released the Mohanlal starrer ‘Drishyam 2’ back in February. The Jeethu Joseph written and directed sequel went on to garner an outstanding ovation from critics and streamers alike, with many citing that ‘Drishyam 2’ was as good as or maybe, even better than its 2013 prequel. Thanks to this Malayalam feature film’s huge success, the 2013 prequel’s Hindi, Tamil and Telugu remakes are all getting sequels as well.

Because of this incredible response to a megastar sequel which released on an OTT platform, the South Indian film industries are gearing up to develop more sequels in the upcoming few months. Normally, dropping sequels which feature superstars or megastars do not help these movies in the long run, but Jeethu Joseph and Mohanlal have proven that “Content is King”. As long as the script – the backbone of the movie, is made well, the rest will follow accordingly.

The Nani produced Telugu action mystery thriller ‘Hit: The First Case’ will be getting a sequel as well as a Hindi remake made. Titled ‘Hit 2: The Second Case’, the Vishwak Sen-returning feature has dropped a first look poster which came out a week ago. Another Telugu feature, ‘Goodachari’ is expected to start the filming of its sequel ‘Goodachari 2’ later this year. The hit 2018 spy thriller did well in the box office and its sequel was supposed to go on the floor by mid-2020, but the pandemic stopped the film’s production plans.

The creators of the movie F2: Fun and Frustration, which is another Telugu feature, is developing a sequel titled F3, which is expected to release in theaters by 27th August 2021. F2 didn’t fare well with critics but it did very well in the box office. Tamil hit crime thriller ‘Ratsasan’ is also developing a sequel. Plot details/ Sequel synopsis have not been made available for the public so far, but we know that the actor-director duo – Vishnu Vishal and Ram Kumar will be returning for the sequel.

And last but not least, the mother of all upcoming sequels in South Indian cinema – the Kannada action thriller, K.G.F: Chapter 2. The film’s original cast return including the lead Yash and he will be joined by Sanjay Dutt and Raveena Tandon who will be cast in prominent roles. The movie is expected to release on July 16th 2021 in theaters and it will also release in Telugu, Hindi, Tamil and Malayalam dubs.