Home News This Netflix Comedy Series Is A Warm Cuddle On A Cold Winter... 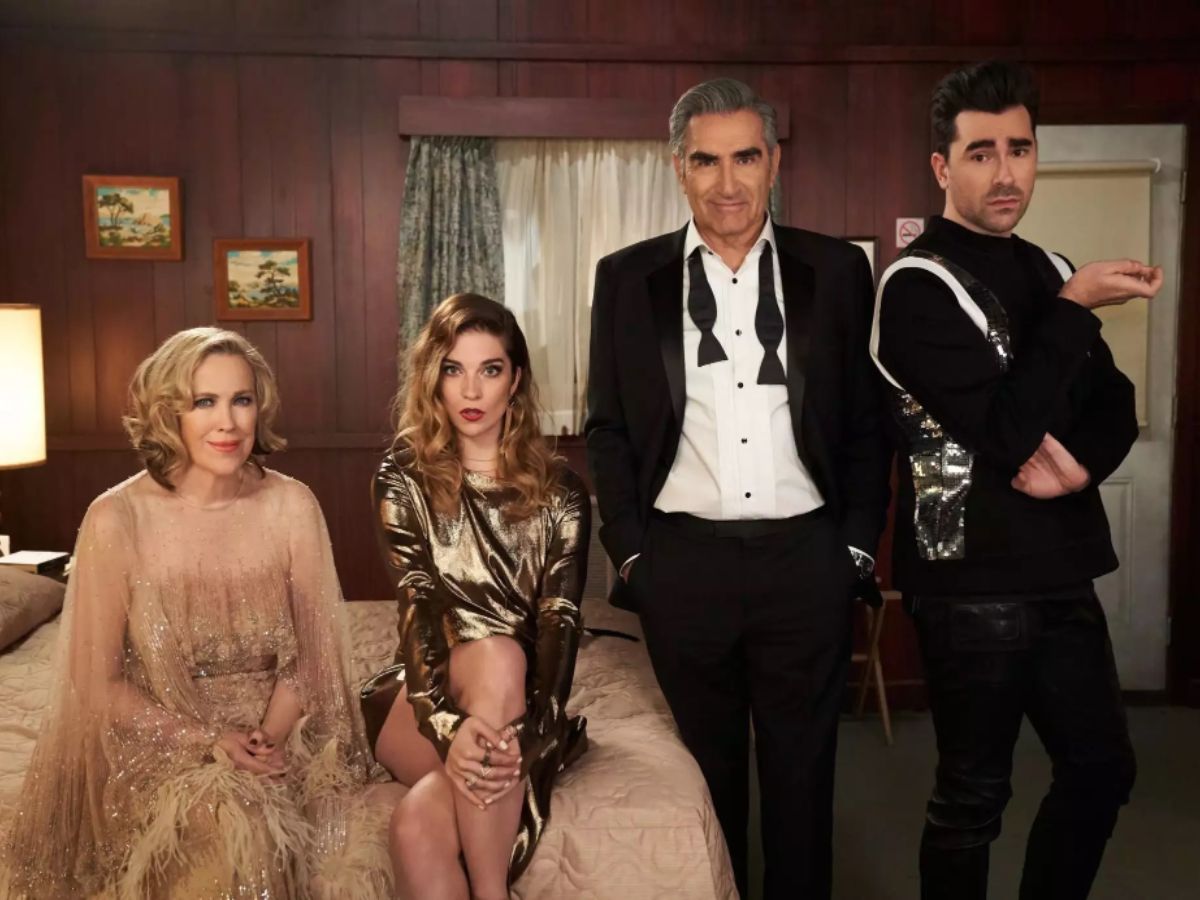 It’s the start of winter and there’s a chill in the air; quite the perfect time to round up a few close friends, whip up some delicious hot chocolate, pop buttery corn and binge-watch a warm, feel-good comedy series. Don’t know what to watch? We’ve got the perfect recommendation for you, and it’s a series called ‘Schitt’s Creek’. It’s streaming on Netflix, and it’s an absolute must-watch.

We knew we had been blessed when Netflix made the excellent decision to stream this Canadian sitcom, Schitt’s Creek. Schitt’s Creek is like that feel good comedy we didn’t know we needed.

The story encompasses the lives of the Rose family and how they deal with their riches to rags (yes, the opposite) situation. After sudden bankruptcy, all the Rose family is left with is an odd, tiny and quirky town that they bought long ago as a joke.

The family of four with flaws and follies of their own, mixed with slightly snobish and strange personalities, will capture your heart. They frown upon the town but it is heart warming to see how the town accepts them as they are, warts and all.

While the character arcs of the characters are stunning, what’s more beautiful is how the family becomes one. It is evident throughout the series how far apart they were while being rich, but how closer and stronger together they are now while dealing with this catastrophic change in their lives.

It is not often that a show is successful in making you fall in love with not only the protagonists but also all the supporting characters. After two seasons, all characters blend into roles of similar standing for the viewers. You will adore each character, however small their role might be, with all your heart.

It is truly a show that comforts you with its story while the deadpan humor with lack of fake audience laughter lifts you up on the darkest of days. But, I must warn you that Schitts Creek must be savoured and not compared to other sitcoms like Brooklyn Nine Nine or The Office if you want to enjoy it to its fullest.

A story full of love that holds you, a story of finding yourself and finding independence that calms you and a story of falling down and picking yourself up that inspires you all at once – Schitt’s Creek is a must watch this winter – all six seasons of it.

Do watch ‘Schitt’s Creek’ on Netflix if you still haven’t. We guarantee you won’t be disappointed! Follow us on Google News