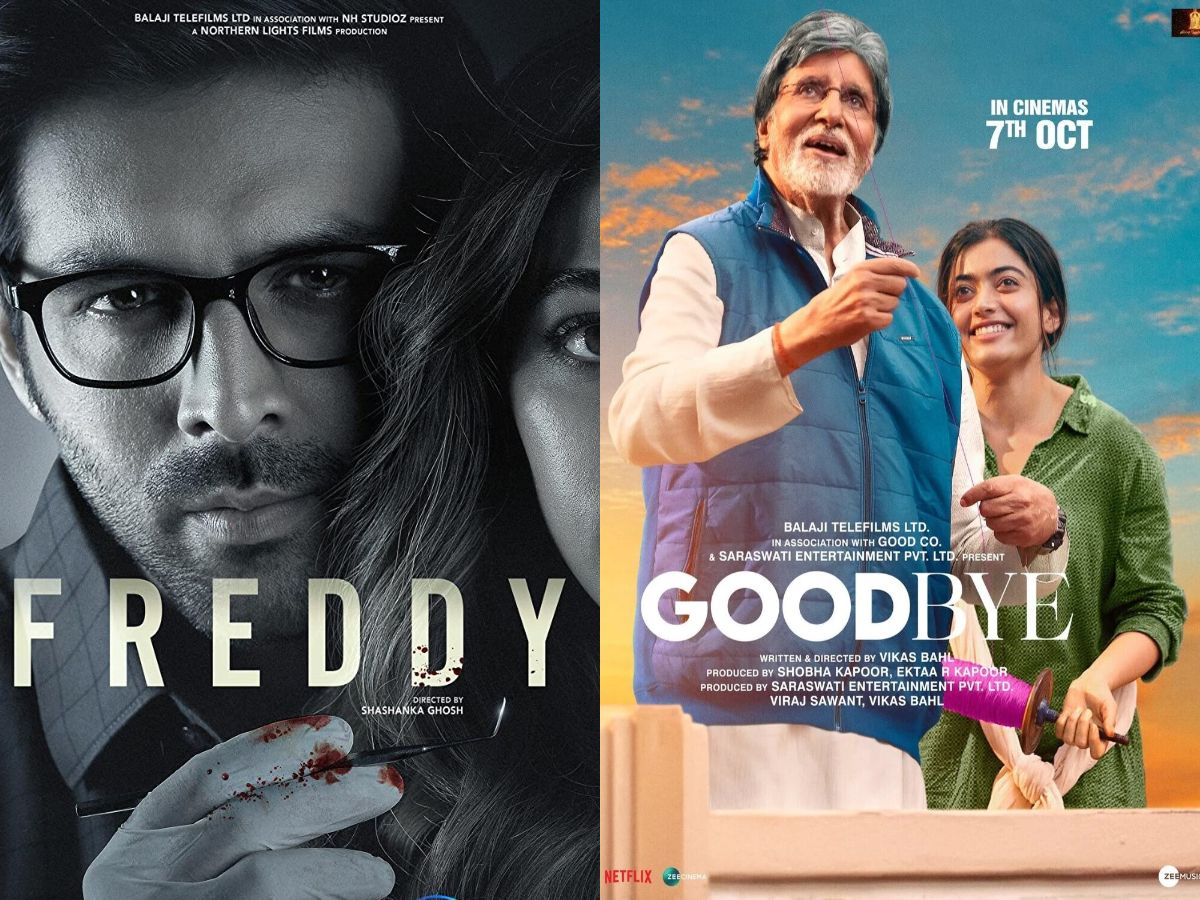 Last week was marked with the arrival of some exciting Indian OTT titles including several films and web series such as ‘Kantara’, ‘Khakee: The Bihar Chapter’, ‘Chup’, ‘Padavettu’, and ‘Prince’, to name a few.

The music-based Netflix drama features Triptii Dimri, Swastika Mukherjee, and Babil Khan (in his Bollywood debut). The film’s story focuses on a gifted singer with a promising career and how she deals with the pressures and her complex relationship with her mother.

Stand-up comedian Zakir Khan gives us a sneak-peak into some of the important parts of his life and his family in his trademark amusing way.

Helmed by Shashanka Ghosh, the Kartik Aaryan starrer romantic mystery thriller movie features the good-looking actor in the titular role of Dr. Freddy Ginwala, a reclusive dentist with a troubled past whose only friend is his pet turtle named Hardy.

Directed by Vikas Bahl, the comedy drama movie features Amitabh Bachchan alongside Rashmika Mandanna, Neena Gupta, Sunil Grover, Pavail Gulati, and Ashish Vidyarthi, amongst others. The story revolves around the dysfunctional Bhalla family. The goings-on take a drastic turn after the sudden demise of a family member, and focuses on the deceased member’s funeral.

This Madhur Bhandarkar’s directorial drama movie follows four parallel stories of a father-daughter duo, a Kamathipura sex worker, an impoverished migrant worker, and a workaholic female pilot amidst the backdrop of the COVID-19 pandemic.

The eight-episode Tamil language mystery series helmed by Andrew Louis and backed by Pushkar-Gayatri features S.J. Suryah as a hardworking cop Vivek, who takes up the case of the murder of a beautiful girl named Velonie.

The premise of the Tamil language romantic drama movie revolves around a couple whose phones are exchanged for a day, leading to an amusing turn of events. It features Pradeep Ranganathan alongside Radhika Sathyakumar, Sathyaraj, and Yogi Babu.

The teenage romantic drama series follows the story of Manik Malhotra (played by Parth Samthaan) and Nandini Murthy (played by Niti Taylor) and how they try to balance their relationship along with other relationships.Follow us on Google News