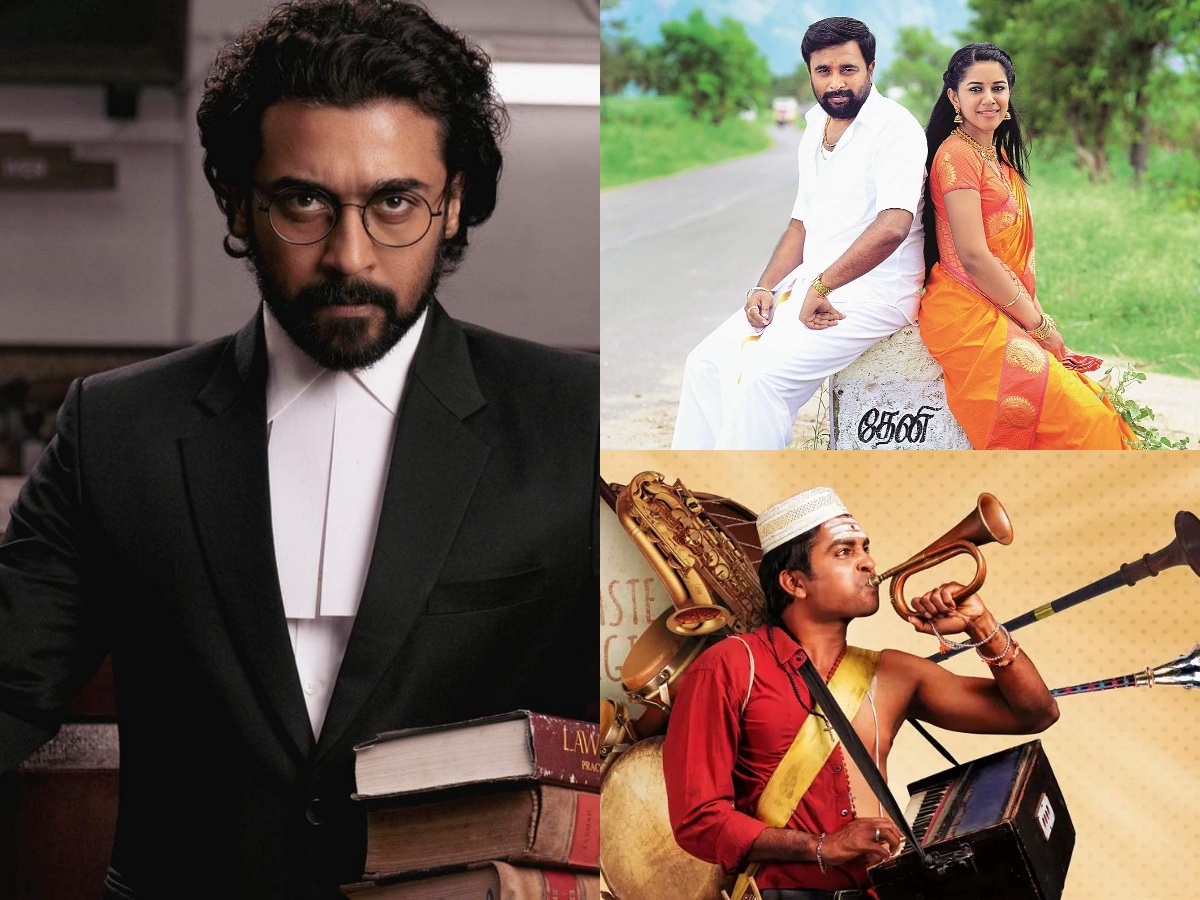 The film has Suriya in the lead role and it is billed to be a social drama with a relevant plot. “Based on a real-life incident held during 1993, it follows Senggeni and Rajakannu, a couple from the Irular caste. The latter was convicted by the police due to some unfortunate events and was later missing from the police station. Senggeni seeks the help of an advocate named Chandru to seek justice for her husband,” the film’s plot reads. Jai Bhim premieres on Amazon Prime Video on the 2nd of November, just ahead of the Diwali season. Prakash Raj, Rajisha Vijayan, and others play important roles in the T.J Gnanavel directorial.

The film has M Sasikumar, Mirnalini Ravi, Sathyaraj, and others in important roles. It is billed to be a family drama. “The life of a normal villager turns living hell when he starts to realize that his village is in danger as a man with menacing intentions tries to destroy a mountain in the village.” The storyline reads. It is directed by Ponram. The film premieres on Disney+ Hotstar on the 4th of November.

The film has RS Karthik in the lead role. About the storyline, the director Prabhu Jeyaram says “It tells the story of a youngster hailing from scheduled caste who aspires to become a priest.” The film premieres on Sony Liv on the 29th of October.Follow us on Google News